It’s been a tough week to be a Reds fan. In a way, the week has been great. There are maybe more candidates for the ‘Three Up’ list this week than there has been since the early weeks in the season.

The win/loss record, however, leaves a ton to be desired.Ã‚Â Even though most of us came into 2017 expecting the Reds to lose a ton of games, it seems the early successes of the team has already spoiled us a little. Had you said the Reds would be 21-23 on May 23rd at the beginning of the season, a lot of us would have been happy with that. But we’ve seen that this team can have some real success against some real competition. Maybe it’s a good thing we’re a little less pleased with almost-.500 than we might have been at the onset of the season.

With that, let’s take a look at who’s up, and who’s down. 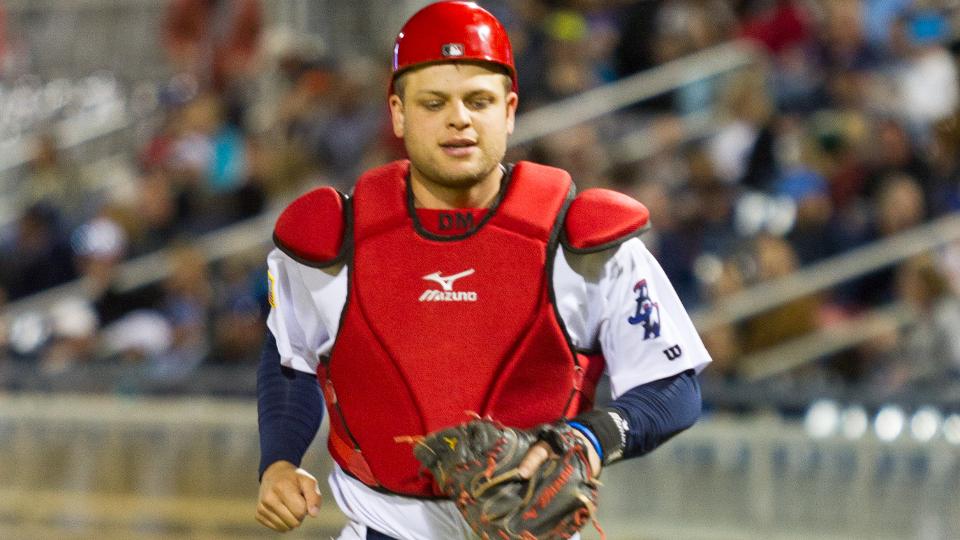 Don’t look now, but 2014 Devin Mesoraco has made an appearance. It might only be 10 ABs, but this past week has been blistering for the former All-Star catcher, posting o.3 WAR in 10 ABs. He’s been above average in all three facets of the game, scoring 2.7 Off, 0.4 Def and 0.1 BsR in the three Fangraphs metrics. He’s walked just as much as he’s struck out, and is playing great defense behind the plate.

More importantly perhaps than the numbers is the eye test. Early on in his recovery, it was clear Devin was rusty. That doesn’t look to be the case anymore. He’s smoked quite a few balls to left field, and seems to be crushing fastballs at a rate better than his breakout 2014. That won’t last, of course, because small sample sizes are a sports bloggers least favorite thing. One thing that can be said, though, is that Mesoraco is off to a hot start to his season, just like Zack Cozart and Eugenio Suarez did at the beginning of their season.

And the train keeps rolling. Yet another bounce back performance by a key member of the Reds lineup redeems himself, removing himself from the Three Down list and cementing himself in the Three Up list the next week. I’m starting to think the front office should just hire me.

Suarez has done nothing but be the 9th most valuable position playerÃ‚Â in baseball according to FanGraphs over the last week. After a week in which he looked lost at the plate more times than not, Suarez showed that making adjustmentsÃ‚Â against the adjustments pitchers have made to face him is a tool in his repetoire. He’s hammered the snot out of the ball this year, showing easy power at times, and continues to play gold glove defense.

It’s becoming increasingly clear that Suarez might be the most important piece of the Next Great Reds Team that’s already on the 25 man roster. The skillset he’s shown so far in 2017 is one a team can be built around. His jolly nature on and off the field is one I can definitely get behind as a fan, and the numbers are speaking for themselves. Love me some Geno.

I wasn’t going to include Votto in this list, because he’s so often included in these things, and there are a ton of other players that deserve to be on this list this week. But how can you ignore what Votto’s done of late?Ã‚Â He’s getting on base more than half of the time, walking over a quarter of the time, and shutting up the haters with his bombs and his ribbies. He’s also been playing not-horrible defense, which was a point of his heading into the season.

He’s been the complete package, and I’m not surprised, and I kind of wish he would play forever. He’s the player I’ll be telling my kids about, and this week he’s been amazing. 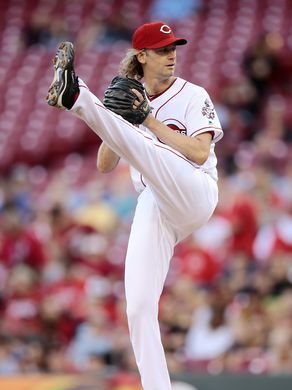 We aren’t going to name three guys down this week. We’re going to name 9 guys down. Raisel Iglesias, Asher Wojciechowski, Robert Stephenson and Michael Lorenzen get a pass, because they’ve been mostly good. They’re the only pitchers to have an ERA under 5.00 in the last seven days (in fact, they’re all 3.00 or under), and are probably single-handedly (or, rather, nine-handedly) at fault for the win/loss record sitting as low as it is.

Granted, the leaders of this group are injured. Instead, professional batting practice pitcher Bronson Arroyo is heading out every fifth day and handing out dingers like he’s Todd Frazier’s brother on All-Star weekend. I get his value to the team, and I realize that he’s a crucial piece, and he’s being forced into a starting role because, honestly, there’s no one else there to do it. But the sooner Homer Bailey, Brandon Finnegan, and Anthony DeSclafani can get healthy, the better

As a whole, the Reds are at or close to the bottom of the league in just about every major pitching category. They’re a bottom three team in BB/9, HR/9, HR/FB, FIP, and fWAR. And that’s for the whole season, not just the last 7 days.

It’s an unfortunate situation. If the health was good, this team would be VERY fun to watch. But the health isn’t there, so all we get are flashes. But boy, those flashes are pretty dang good when they come, and painful when they go.