The Reds entered play today having lost six straight games to the Cleveland Indians, and were just 1-9 against the Indians over the last two seasons. In 2016, Reds pitching allowed 43 runs in 4 games against Cleveland.

Scott Feldman was coming off his worst start of the season, getting beat around by the Cubs last week. Feldman has pitched nearly all of his career in the American League prior to this season, and he looked comfortable against the defending AL champs tonight. Feldman allowed just one run over six innings, and struck out nine, his best in a Reds uniform.

The Reds offense scratched across five runs. One came from a suicide squeeze from Arismendy Alcantara. Another came from a home run from Scott Schebler, who has now homered in three consecutive games. 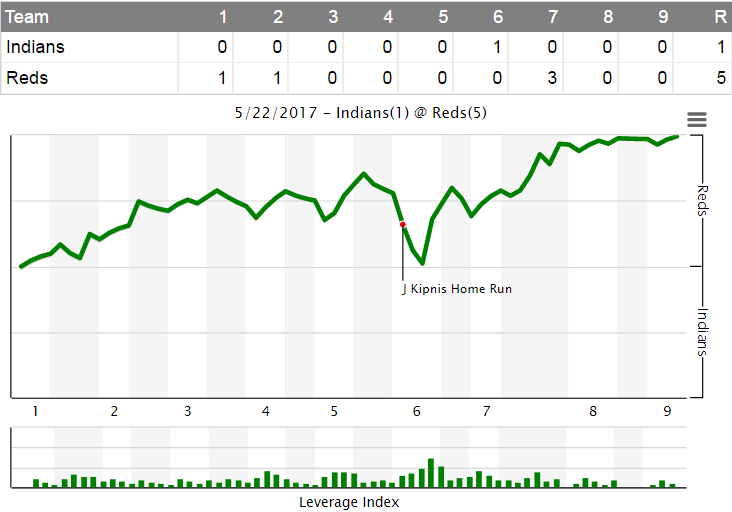 According to FangraphsÃ‚Â WPA statisticÃ‚Â (winning percentage added), the most important play of the game was Scott Feldman getting Carlos Santana to ground into a double play in the 6th inning (2 outs, runner on 3rd base, Reds lead 2-1).Ã‚Â That play increased the Reds chances of winning by 16.9% (from 51.1% to 68.0%). 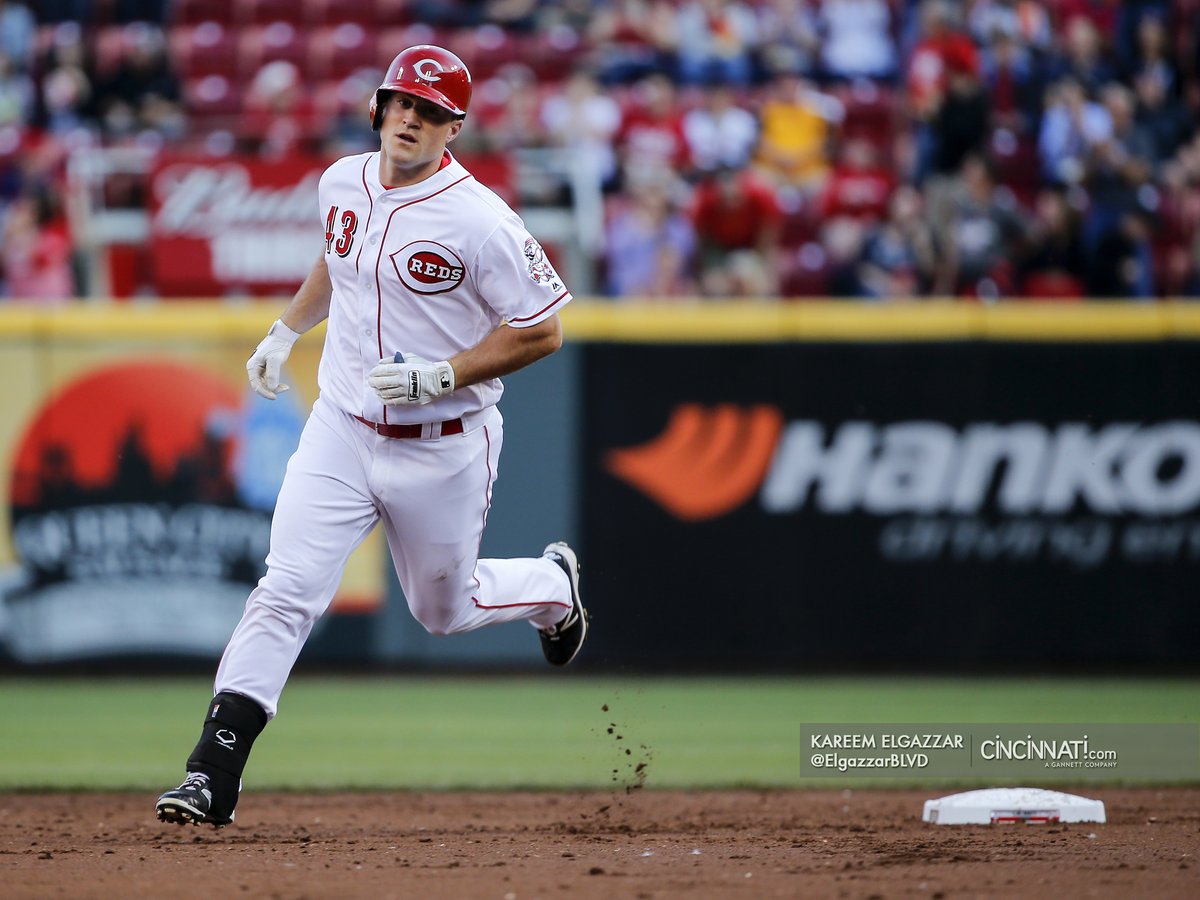 Scott ScheblerÃ‚Â has now homered in three consecutive games, and now has 13 home runs on the season. Schebler is now on pace for 48 (!) homers.

Zack CozartÃ‚Â had a big 2-RBI single in the 7th inning, which extended the Reds lead to 5-1.

Joey VottoÃ‚Â extended his on-base streak to 25 games with a rocket double in the 6th inning. 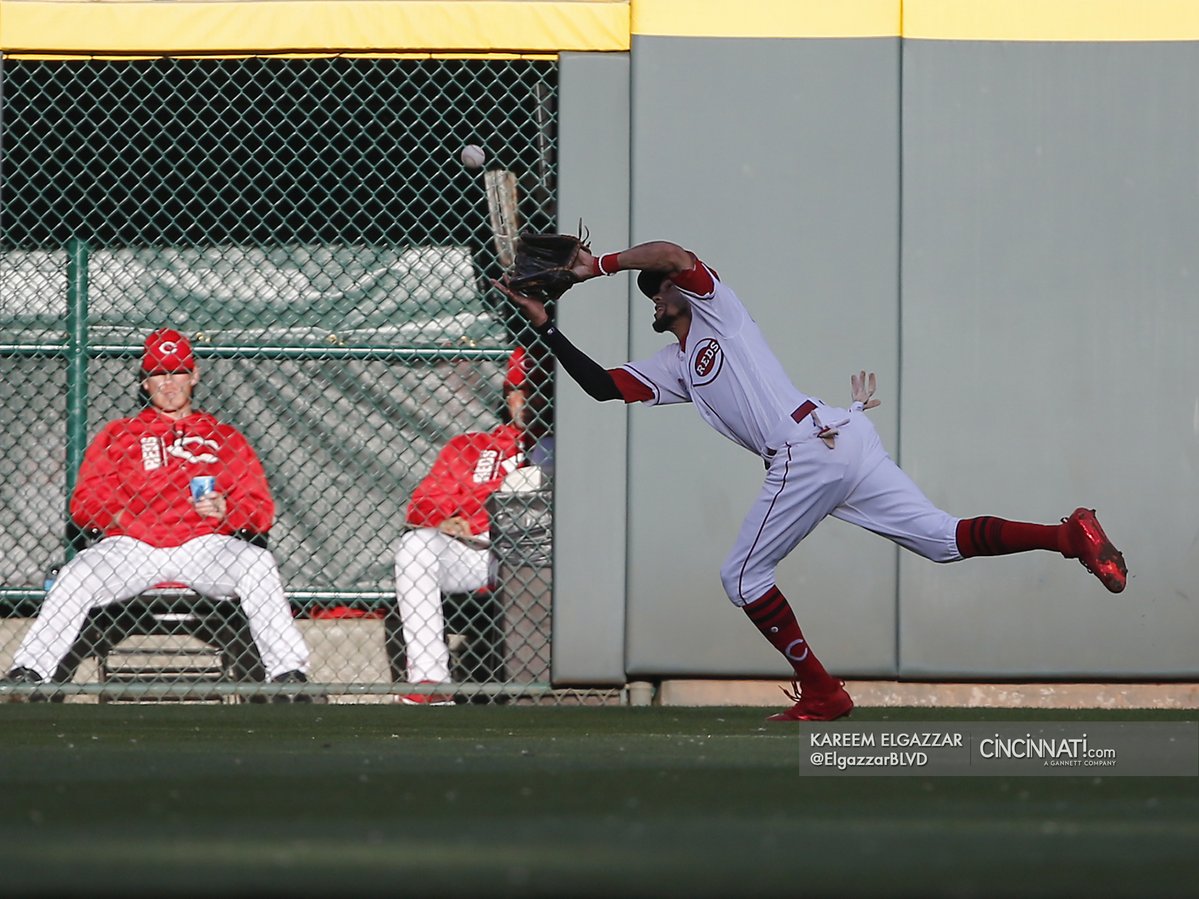 Billy HamiltonÃ‚Â had another big night, collecting two hits. Hamilton had his 20-game on-base streak snapped yesterday, so it looks like it is time to start another steak! Hamilton also made another terrific catch…shocker. 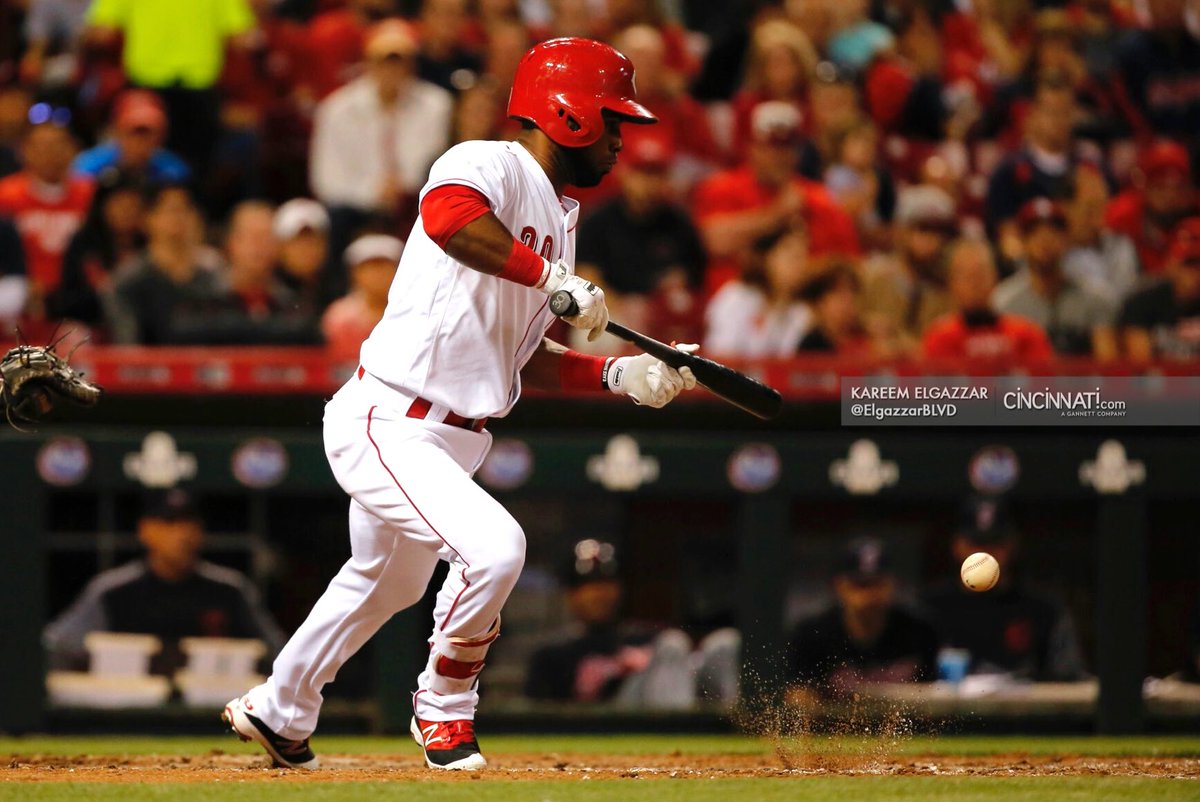 Arismendy AlcantaraÃ‚Â laid down a beautiful squeeze bunt that turned into an error, and got him on second base.

Joey VottoÃ‚Â made a “sort-of” TOOTBLAN in the 6th inning. Votto was doubled up at second base to end the inning after Carlos Santana made a great diving catch. The Indians broadcast said that Votto must have forgot how many outs there were, but I would be more inclined to believe that Votto thought Carlos Santana, who was making his 4th career start in the outfield over his 8-year career, was not going to make that catch.

Scott FeldmanÃ‚Â was really good tonight, but he did get really lucky in the 6th inning.Ã‚Â Edwin EncarnacionÃ‚Â absolutely murdered a baseball, but it was just foul. That would have tied the game. The statcast numbers on that one…..oh boy.