Exit 129 on Interstate 70 heading east toward Cincinnati, Pittsburgh, Philadelphia, where have you leaves you in the small town of Casey, Illinois. In Casey, the streetlights have signs indicating residents off fighting foreign wars and what division they are. The Bank of Casey boasts a mural of four baseball players with the tagline “We’ll go to bat for you.” And the people of Casey sit around at cafes, gas stations, golf clubhouses, curio storesÃ¢â‚¬â€all waiting and watching the visitors’ cars whiz past from one big thing to the next.

Casey, Illinois, not to be confused with Gary, Indiana as I have done many a time, calls itself “A Town of Big Things.” The town, while potentially implying the double entendre, does not explicitly mean that the residents of Casey are doing “big things” even though they may be. No, Casey’s claim to fame is that everywhere you look, around every corner, there is another World’s Largest Thing. 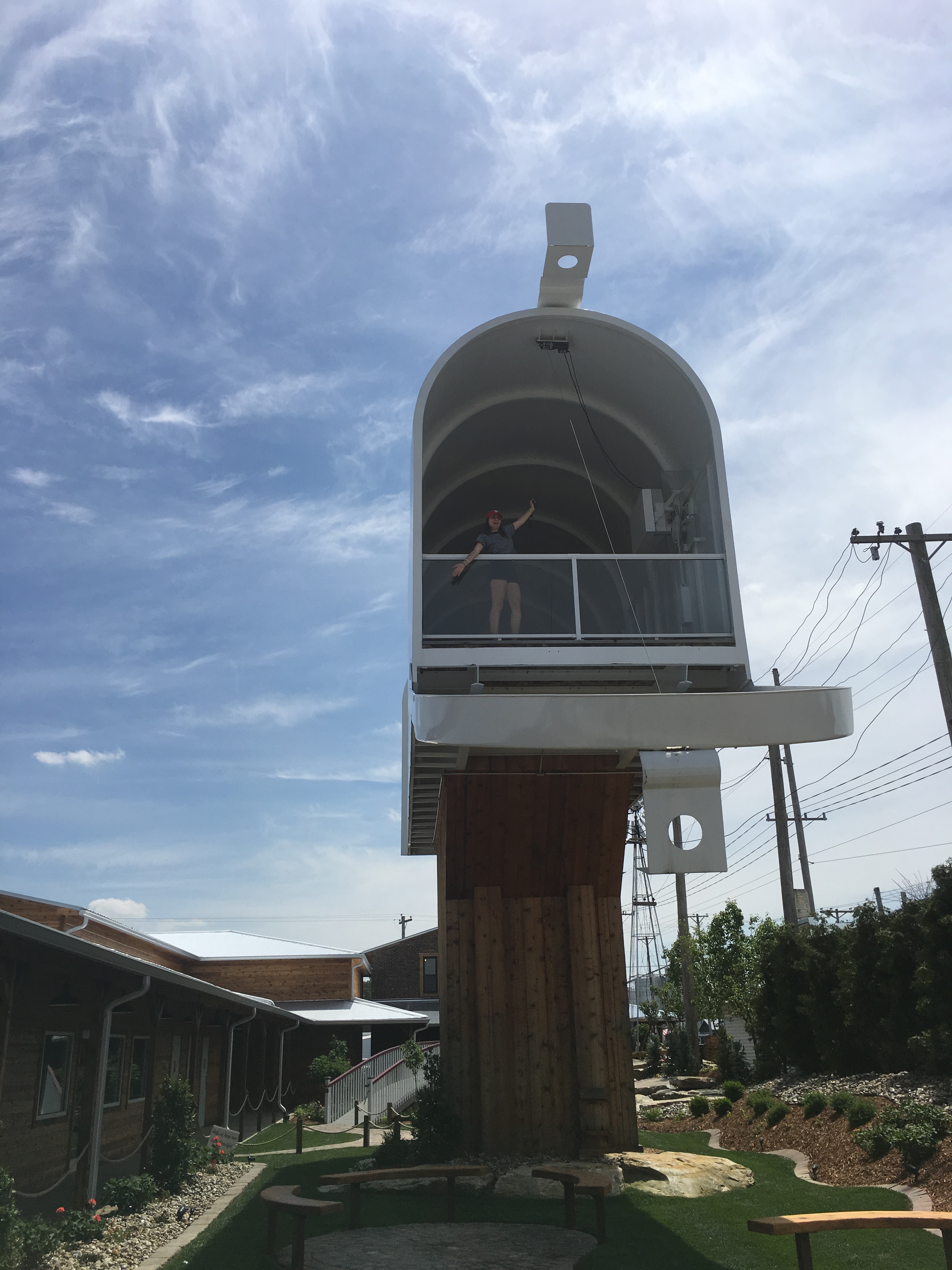 My friend embracing the “big things” 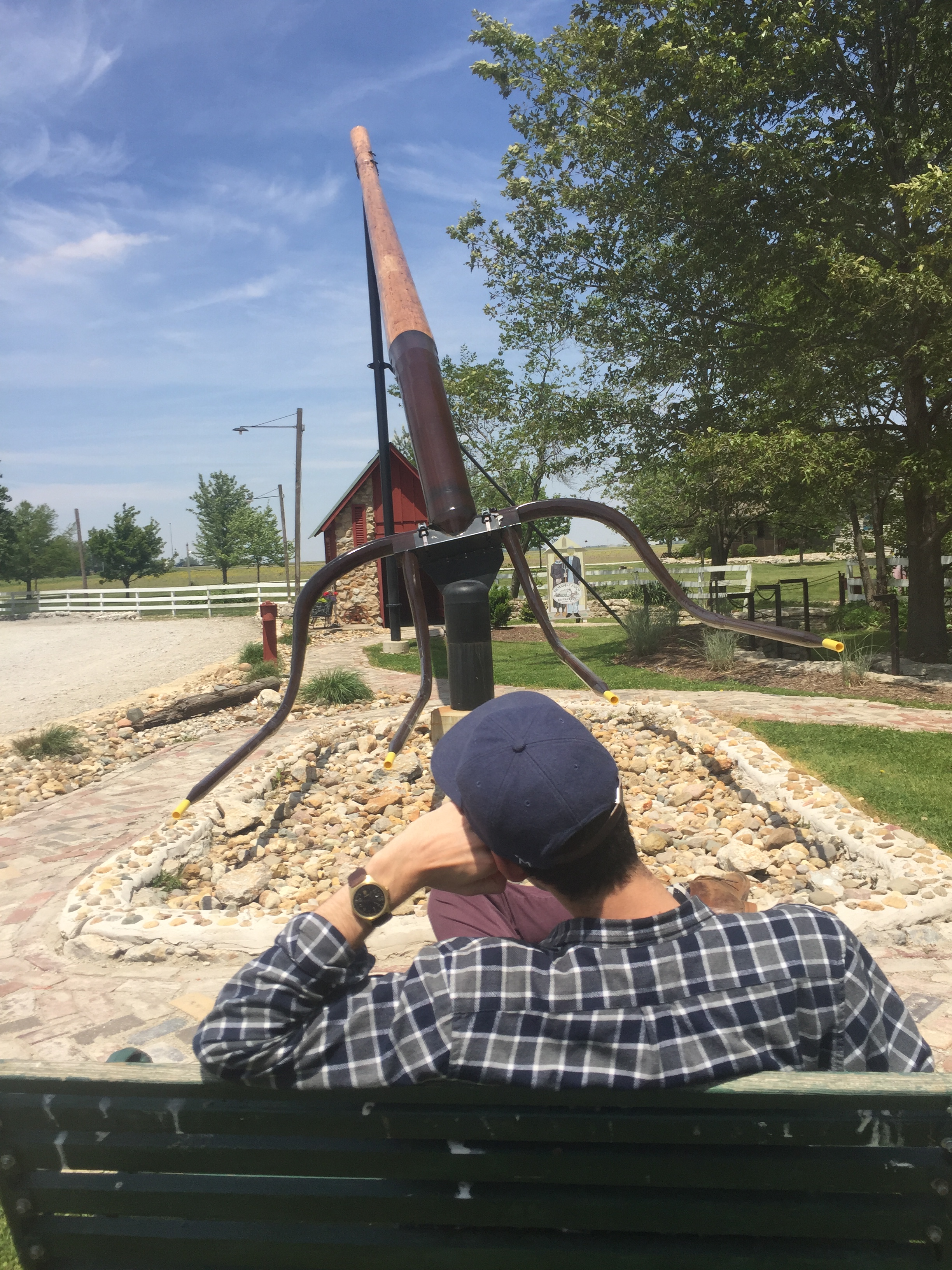 Me contemplating the “big things”

Stopping in Casey got me thinking about big things and where to find them because why would anyone put the World’s Largest Wooden Shoes in the middle of Illinois? Why not, I don’t know, Copenhagen or somewhere in Denmark where people actually wear large shoes? Regardless, after leaving Casey, I wanted to know where some of the World’s Largest baseball-associated items were, which brings us to this week’s segment: I Miss the Old Drake.

As a refresher, this segment is an investigation into the ideal version of some part of baseball. It’s also an excuse to republish this picture of DrakeÃ¢â‚¬â€

Ã¢â‚¬â€in as many places as possible. This time around, we’ll be looking more at the new Drake side and tracking down the World’s Largest of baseball paraphernalia.

Ã‚Â World’s Largest Bat Ã¢â‚¬â€Ã‚Â Found at the Louisville Slugger Museum in Louisville, KY, this behemoth of a piece of lumber stands (or really, leans) 120 feet tall and weighs 34 tons. It’s also inspired some large copy cats around it as aÃ‚Â glass company has a large 3D painted baseball and a costume store has a large bat (the vampire kind) hanging outside its shop.

World’s Largest Glove Ã¢â‚¬â€Ã‚Â After checking out the bat outside, you can check out the World’s Largest Glove inside the Louisville Slugger Museum. A 10 foot long limestone sculpture that weighs 15 tons, the glove is entitled “Let’s Play Ball” and has been around since 1998. However, the glove in the outfield of the Giants’ AT&T Park is larger at 27 feet tall and 30 feet wide. I don’t claim to know the criteria for being the world’s largest, but it would stand to reason that being the largest thing was the only criteria. Therefore, the AT&T Park glove takes the honors, even if the record books don’t say so.

World’s Largest BaseballÃ‚Â Ã¢â‚¬â€ Leaving the Kentucky hills behind, the World’s Largest Baseball actually resides in the plains of Muscotah, Kansas. The birthplace of Joe Tinker of “Tinker to Evans to Chance” fame, Muscotah built the large, hollow ball out of an old water tower tank. It’s 20 foot diameter doubled the size of the previous World’s Largest baseball, which was located in Sault Ste. Marie, Ontario.

So how large would a baseball player have to be to play a game with this specific set of equipment?

Knowing that an average bat is about 34 inches long, a glove about 12 inches wide, and a ball about 3 inches across with the average player around 6 feet tall and 180 pounds. this team of baseball players is going to be very, very large…

For a pitcher to even throw the ball, they would need to be 480 feet tall. A batter would need to weigh about 7,560 pounds to lift the bat and nearly double that to put together any sort of hard contact. The ideal giant to play the World’s Largest baseball game (other than Aaron Judge of course) would end up being around 500 feet tall and nearly 15 tons. For context, that’s about the same height as the Pyramids of Giza, give or take a Little League base path.

Fine:Ã‚Â This must be Eugenio’s new celebration dance for at least a weekend series. Every out made, every hit recorded, every inning over. Eugenio must salsa.

Fantasy Baseball Ã¢â‚¬â€Ã‚Â I lost to my roommate this week, 609-514, which should be the greatest shame, but then he conned me into trading my highest scoring player against him, Nathan Karns, for Kevin Kiermaier. He’s crafty, my roommate. Crafty, indeed.

Authorial Views Ã¢â‚¬â€Ã‚Â I just deboarded a plane after sitting on the runway for two hours before takeoff, so tongue-in-cheek indignation over blog post views just seems like too much energy. However, I’m encouraged by my proximity to seventh place. The turnaround is coming, I can feel it. 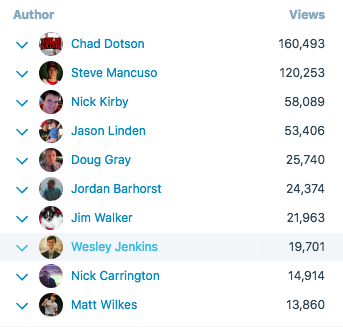