Sitcoms have been on my mind a fair amount of late, partially because I’ve been sick for about a week now and have nothing better to do and partially because of this Michael Baumann article comparing Ryan Howard to other players sharing a name with a character from The Office. Also, there was a fake Facebook account that saidÃ‚Â FriendsÃ‚Â was coming back (which is just truly rude) and who could ever forget this timeless video put out by the Giants last year?

Either I’m having another fever dream and this is all in my head or there’s something inextricably linking me, sitcoms, and baseball. (It’s probably the former to be quite frank.)

Anyway, it all got me thinking: who on the Reds would fit a conventional sitcom stereotype? Yes, there are the Major League movies andÃ‚Â Eastbound and Down that sort of dive into this question, but I’m not looking for the absurd, just some wholesome family fun. Who is the Reds paleontologist? Who’s the uncle who randomly shows up but is automatically cooler than anyone else in the show? Whatever happened to predictability and why are the Reds so close to first place in the division?

The only explanation is TV magic I guess (or maybe it’s the lineup).

Slightly dumber friend who’s a bit of a womanizer but really has a heart of gold (e.g. Joey from Friends or Mac from Always Sunny in Philadelphia)

I’ve said it once and I’ll say it again: I think Adam Duvall looks a lot like Mac fromÃ‚Â Always Sunny in Philadelphia.Ã‚Â 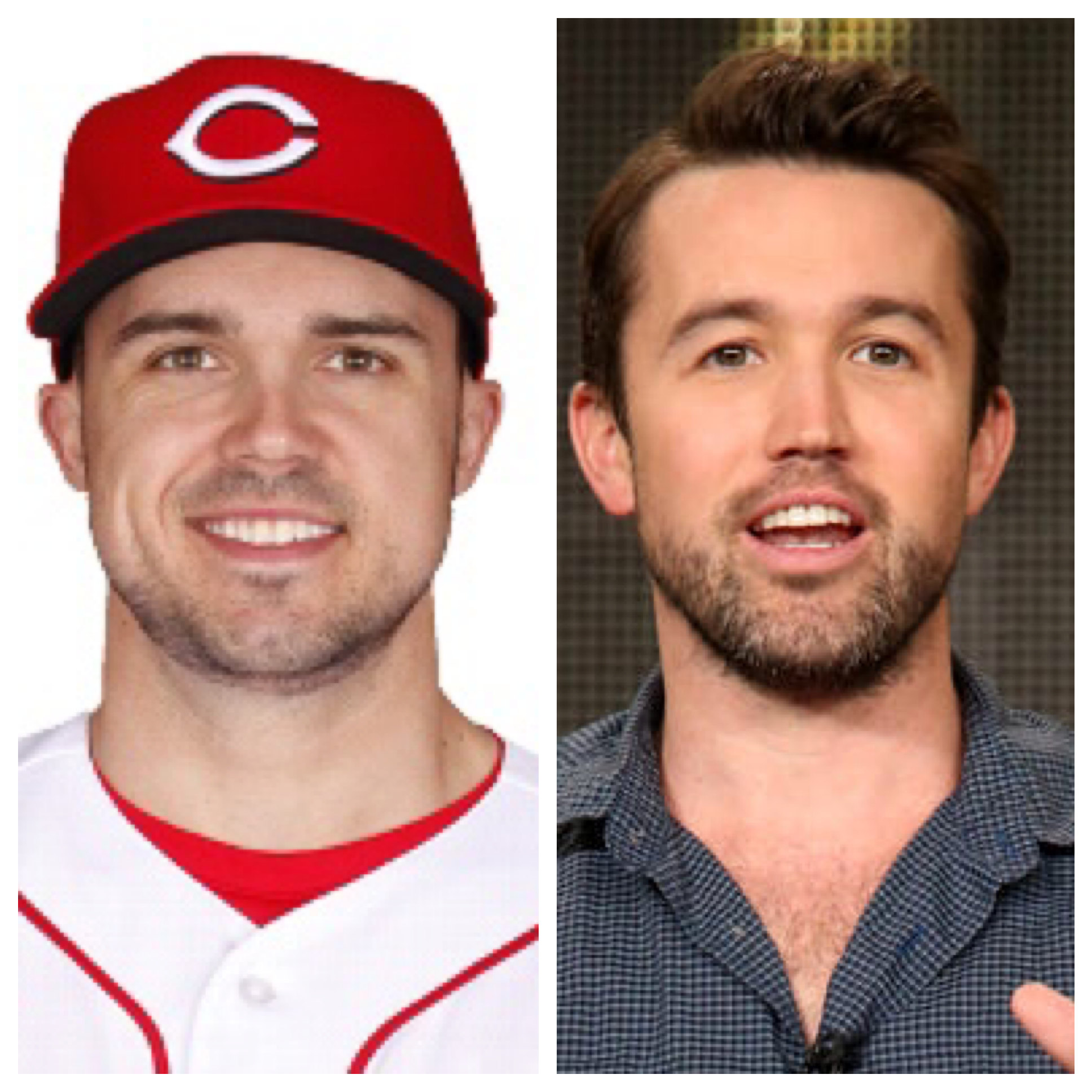 Maybe it’s the weird facial hair, I’m not really sure, but at least in this instance I know that DuvallÃ‚Â fits Mac’s aesthetic. Is there anything more womanizing than hitting a ton of home runs? I mean, “chicks dig the long ball.” No one expected anything out of Duvall when he came over from the Giants, and yet look at him now: The lovable outfielder who defied all the odds. No one thought Mac would still be alive after 12 seasons, much less thriving. And can’t you just see Duvall with a slight smile, coyly saying “How you doing?” The match is almost too perfect, resemblance or not.

Neighbor who causes a ruckus whenever they appear and annoys all the main characters but they love anyway (e.g. Kimmy from Full House or Urkel from Family Matters)

This character has to be Billy Hamilton, and I will be the first to admit that it’s mostly his voice driving this decision, but can you really blame me? Billy is also the team prankster, so he gets added points for jokability here. Just imagine, Billy leaping against the wall to rob a sure double in the gap that no other center fielder could even fathom reaching and popping up with a shrug, a smile, and a “Did I do that?”

The one smart person in the entire show who just cannot believe the mess everyone else makes but takes care of them anyway (e.g. Monica from Friends or Jim from The Office)

So “smart” is a bit of stretch here and should probably be replaced with consistently competent, but sitcoms usually operate in black and white kinds of binaries. Joey Votto plays this role perfectly, maintaining his position as the one Red the team has been able to count on year in and year out. Votto, despite going through hot flashes and cold spurts, is the engine of this team. He’s the one winking at the camera after Jesse Winker gets his first big league hit and the one described as a “control freak” and a “den mother.”

Jay Bruce, once a Red, forever a Red, and never turned away when he decides to roll back through town once every year. Bruce always carried a bit more of the genial cool guy vibe when he was with the Reds, but now that he’s gone, his legend has grown tenfold.

#Mets fans opinion of #jaybruce has gone from "screw this guy" to "we're screwed without him" in a month. Funny game, baseball.

Even the Mets are starting to catch on, which, you know, isn’t usually their strong suit.

The funny uncle (e.g. Joey from Full House or Frank from Always Sunny in Philadelphia)

Maybe it’s Bronson Arroyo’s age or the fact that he once kept his hair in cornrows, but he’s never felt like the cool uncle he’s tried so hard to be. Arroyo can do another hundred JTM guitar spots, let his hair grow well past shoulder length, Ã‚Â or find a way to patent his signature leg kick; it won’t ever make him less goofy. Tell me that Bronson has never done the “cut it out” bit in his life. All the home runs he’s given up, it’s had to have happened once or twice.

The pair that will inevitably fall in love and breakup a million times before making a decision one way or the other in the penultimate season before switching that decision in the actual last season (e.g. Ross and Rachel from Friends, (kind of) Jim and Pam from The Office)

Michael Lorenzen and the starting rotation. No, it doesn’t feel good to type that, and yes, we have seen this episode before, but the will they or won’t they aspect of Lorenzen’s flirtations are too much to handle. How many times can he profess his love before the rotation loves him back? To what ends must he go to crack that hallowed five? When will Bryan Price stop being that nagging third wheel and just let the true love happen? Maybe it’s just not meant to be, but there are many seasons yet to come.

Nothing says Rebuild like pitchers aged 40, 34 and 29 pitching 75% of your games for a couple weeks.

Surprisingly, for the first time all season, Reds’ management finds itself in the defendant’s chair of the Kangaroo Court. The long wait has been in part due to the Reds overachieving and in part to Bryan Price’s recent resurgence in how he’s used his bullpen, but the starting pitching debacle of late has come to be too much.

Offenses:Ã‚Â Sending Amir Garrett down for the purposes of service time, which is a truly annoying cost-saving move that I hate on the basis of wanting young people to succeed, and like Steve says above, starting older pitchers in place of your stable of young guys.

Fines:Ã‚Â Recognizing that many of the young guys are on the disabled list or not quite performing up to snuff, we’ll ignore the second offense. However, the front office isn’t getting off that easy on Garrett’s demotion. As punishment, every member of the front office must ride to the next away series in the style of minor league bussing a la 1950. No first class comforts, no quick jet planes, no legroom. The front office needs to understand more personally what these demotions can feel like.

Fantasy Baseball:Ã‚Â The team is chugging right along with a resounding 568-461 win over the worst team in the league. Zack Cozart has been the engine for my offense, despite my grabbing him off the waiver wire literally two days before the season began. Trade bait x2?

Authorial Views:Ã‚Â Maintaining eight place for now, but in striking distance of Jim Walker. Nick Carrington is lurking on the horizon. Is this the point in the season where the section begins to take a negative toll on my dignity? Absolutely not. I’m the Dion Waiters of Redleg Nation, irrationally confident until the bitter end or when Pat Riley picks me up and I finally pass Chad for first. 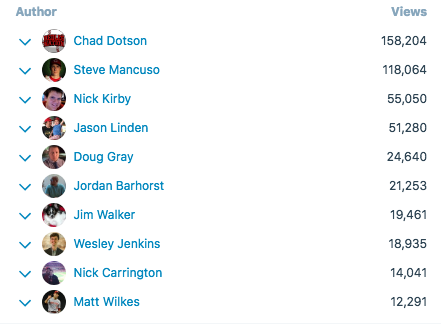