[This post was submitted by loyal Nation member Matt Habel. Thanks, Matt!]

This post came about from a commenter who posed the question, Ã¢â‚¬Å“Does the Reds winning coincide with Billy getting on base?Ã¢â‚¬Â It is certainly an intriguing question which anecdotally would seem to have a very obvious answer and has even been brought up by his teammates.

The idea that any single player can directly impact a teamÃ¢â‚¬â„¢s win/loss results more often than not doesnÃ¢â‚¬â„¢t really seem intuitive in baseball. At least to me. A quarterback in the NFL or a dominant basketball player (see James, LeBron) makes much more sense than a position player in the MLB. If a baseball player were to stake that claim, it would seem most likely to be a starting pitcher, such as Madison Bumgarner or Jake Arrieta, who have both been key parts of their respective teamÃ¢â‚¬â„¢s championships. Can a below average center fielder really have that much of an impact?

If we take the game vs the Giants which I am currently watching, Billy reached base in his first three at-bats, the Reds scored runs in each of those innings and have been in complete control the entire game. Not to mention this came against Matt Cain who had been pitching very well recently. Watching Billy get on base, effortlessly glide around the bases and get driven home by a Votto base hit seems like the most organic sequence in baseball history.

LetÃ¢â‚¬â„¢s take a look at the numbers and see what we find. Keep in mind this is for each playerÃ¢â‚¬â„¢s Reds career only.

Before we go too far into the numbers, I do want to acknowledge that there is an inherent problem taking splits for wins and losses. If a team wins then they generally score runs which means there has to be better offense. The easiest way for me to think about it was not single players splits, but rather the splits of different players compared against each other. There are more ways to look into this particular question, but this was the first question that I asked so I wanted to see it all the way through. The results did surprise me a bit.

Since the title of the article refers to Billy Hamilton, we will start there. The number that pops out immediately is the variance in BillyÃ¢â‚¬â„¢s Weighted Runs Created (wRC+) between Reds wins and losses. That is very substantial as we can compare that with the rest of the RedÃ¢â‚¬â„¢s lineup. I added in some former players to get a little bit more to look at. It definitely wasnÃ¢â‚¬â„¢t nostalgia. Why would I ever get nostalgic while the Reds are playing the Giants?

Nobody elseÃ¢â‚¬â„¢s variance is even close to BillyÃ¢â‚¬â„¢s and five players actually perform worse on average when the Reds win, including Joey Votto. If the Reds win a game, there is a very good chance that Billy had a good game for his standards. Unfortunately, that only is only barely above the average MLB performance, according to wRC+. Weighted On-Base Average (wOBA) is also included and presents a similar story, though not as dramatic as wRC+. In RedÃ¢â‚¬â„¢s victories, Hamilton is still producing an average wOBA that is 44% higher than that in Reds losses. The downside, again, is that this is still considered below average. Another way of saying that is that in Reds losses, Billy Hamilton is one of the worst players in the league (a .210 wOBA for 2017 would be 3rd worst among qualified players). This is just more encouraging/frustrating evidence that if Billy ever can perform at an average or even just slightly below average level consistently, the Reds stand to benefit. Pretty amazing.

The other callout from the chart is the huge increase in ISO from EVERYONE during Reds’ wins. I am sure this is a trend that would hold true across the league as well. If a team wins a game, they are more than likely going to have more extra base hits than the opposition. There are endless different ways to build a team, but as many of the writers here have been expressing for years, power is the safest bet there is.

The three former Reds are all extremely similar, which is interesting but not sure if it means anything at all. Those teams had much more stability compared to the constant changes the current roster has endured. Maybe that plays into it, maybe not. For what itÃ¢â‚¬â„¢s worth, Todd Frazier (.505) and Jay Bruce (.502) are the only players listed with winning percentages above .500. Brandon Phillips barely missed at .499. Votto sits at .486 after the blood bath last year.

I was surprised when I saw how much higher BillyÃ¢â‚¬â„¢s variance is compared to everyone else. I pretty much assumed that everyone would play better, on average, in wins compared to losses. Going back to what I said earlier, thatÃ¢â‚¬â„¢s just a super intuitive observation. Also thinking again about the nuances of baseball, it takes much more than one or two strong players to win games. Just ask Mike Trout. That said, the connection between the Reds going and Billy going is enough to make you wish Billy was able to go a bit more often. 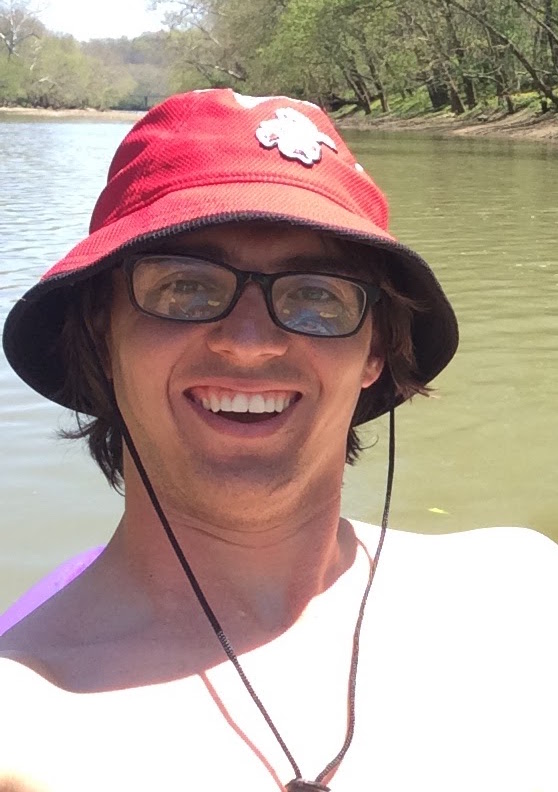 When Matt is not in a kayak or a tent (yes, that is a Reds bucket hat), Matt is watching the Redlegs from the land without baseball, Portland OR. He grew up in Cincinnati but lived in Pittsburgh during the Pirates return to the postseason and survived the 2013 Wild Card game. He’s been a diehard fan ever since.