Another week is in the books for the Reds. The team started to level off a bit at the tail end of April, and I think weÃ¢â‚¬â„¢re seeing a product that is probably closer to what we can expect from the team going forward. So, whoÃ¢â‚¬â„¢s been hot, and whoÃ¢â‚¬â„¢s been not? 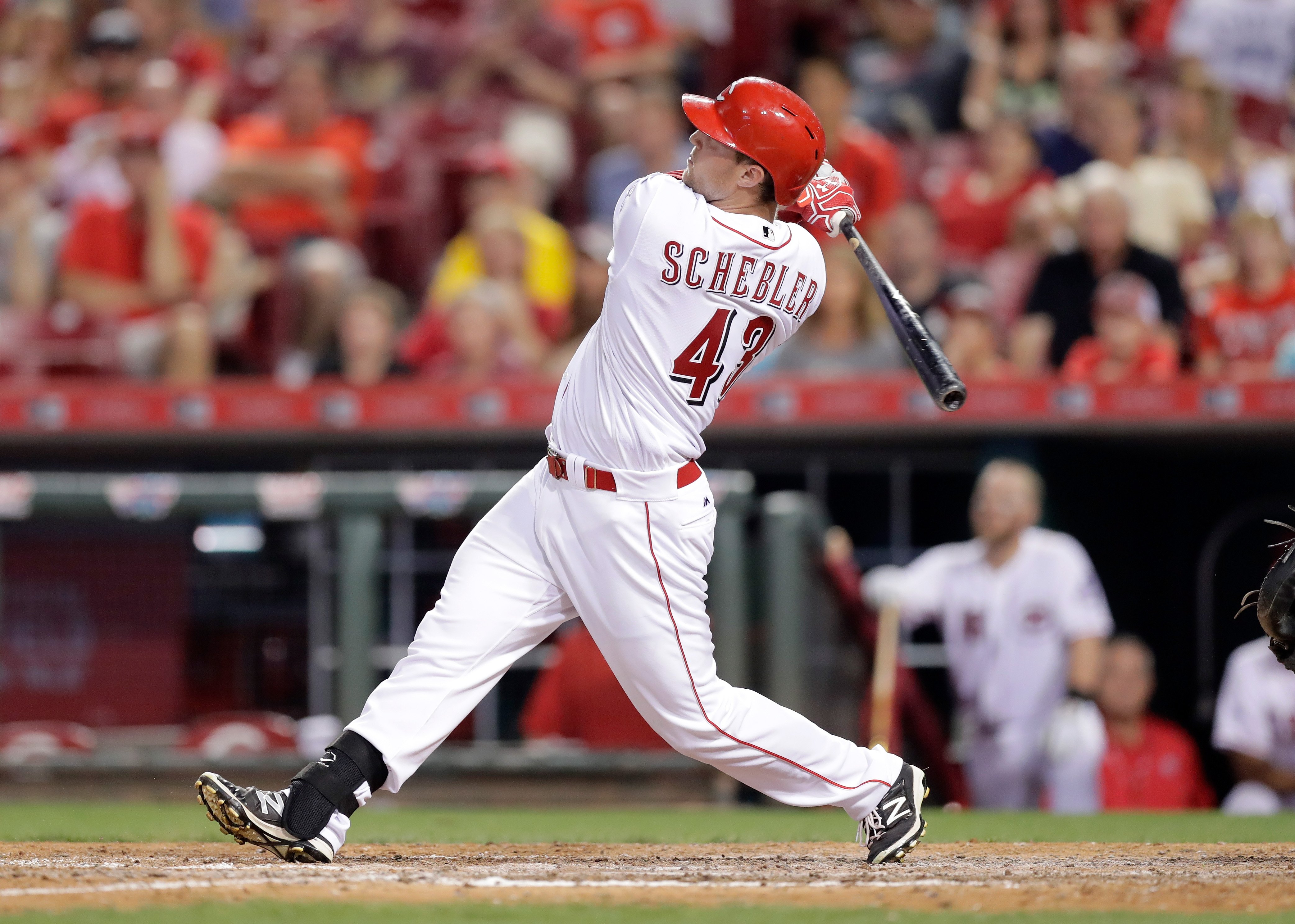 Well, apparently all I need to do is write a scathing review of a player in my weekly column in order to get them jump-started at the plate. Duly noted!

Most importantly, heÃ¢â‚¬â„¢s gotten on base at least once in each game since 4/24, getting multiple hits in all but one game. This is the kind of encouraging signs you like to see from guys like Scott Schebler – his slump was short lived, and he came out of it in a major way. ItÃ¢â‚¬â„¢ll be interesting to see his production over the course of a full season, should he be granted that opportunity. Will he be a streaky player? Will he find a comfort zone and level out? Is he better than All-Star Adam Duvall? We should know with at least some confidence by the end of the season.

Devin is back! Honestly any kind of on-field production is great at this point, but Mesoraco looks to have hit the ground running. Or, rather, hit the ground jogging. The power doesnÃ¢â‚¬â„¢t look to be there just yet, and frankly, might never be present like it was in his All-Star breakout 2014 season. But heÃ¢â‚¬â„¢s got two hits and a walk in his 6 Plate Appearances, which were great to watch. I donÃ¢â‚¬â„¢t think we should expect big things out of Mesoraco, but I wouldnÃ¢â‚¬â„¢t be surprised if he had himself a solid season.

This guy has been good. So good, in fact, that heÃ¢â‚¬â„¢s one of the few players in history to have broken a sabermetric formula – one that I rely on pretty heavily, at that. For the year, Wandy Peralta has a -0.98 FIP. HeÃ¢â‚¬â„¢s got an identical xFIP. Neither of these statistics are set on a scale that includes negative numbers – itÃ¢â‚¬â„¢s set on a similar scale to ERA. Peralta was able to Ã¢â‚¬Å“gainÃ¢â‚¬Â negative FIP because of the predictive nature of the metric. Peralta has been so good that the formula, which takes in a ton of information to try to quantify his ability on the mound, would have expected him to give up 0 runs in April.

Unfortunately for the computer, Peralta gave up 2 runs in April. I like to think that these 2 earned runs made a computer catch on fire somewhere.

Obviously Peralta wonÃ¢â‚¬â„¢t finish the year with a negative FIP and xFIP – but he continues to answer the question of if heÃ¢â‚¬â„¢s a legitimate option for the Reds going forward. 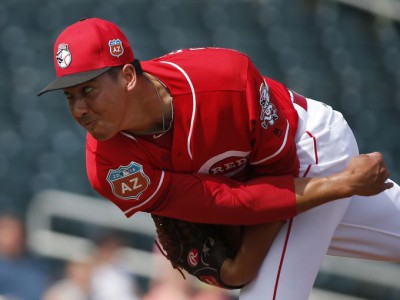 The highly-touted right hander makes the Three Down list again. On the latest Redleg Nation Radio podcast, Jason Linden mentioned something a lot of Reds fans either donÃ¢â‚¬â„¢t realize or decide to look past: unlike guys like Cody Reed and Amir Garrett, Robert Stephenson never really had much success in the upper levels of the minor leagues. Likewise, heÃ¢â‚¬â„¢s yet to have much success in the big leagues either. HeÃ¢â‚¬â„¢s been promoted throughout the years more because of his potential than his results. YouÃ¢â‚¬â„¢ve got to wonder how a 10th round draft pick would have progressed through the system with the same statistics. Stephenson isnÃ¢â‚¬â„¢t getting it done in the big leagues so far, and will likely see some time in AAA when the usual suspects start to get healthy again.

I sort of tore up Scott Schebler in the Three Down list last week, and he completely tore up the league in the games since then. So, hereÃ¢â‚¬â„¢s to hoping I can do the same for Billy Hamilton. Now, for his career, Billy has generally been able to offset the lack of ability to get on base with the damage he does when he actually does get on base, but his OBP of .265 in April is well below even his paltry career averages. His baserunning ability and his defense generally provide quite a bit of value, but so far this season his actions at the plate have driven down his value to just about replacement level. Think about that – potentially the best defensive centerfielder and most definitely the most talented baserunner of our generation is only replacement level because of his lack of ability with a bat.

Take everything I said above, and paste it back right here. Except Peraza isnÃ¢â‚¬â„¢t an elite defender, and his baserunning ability, although good, doesnÃ¢â‚¬â„¢t sniff Billy HamiltonÃ¢â‚¬â„¢s talent on the bases. HeÃ¢â‚¬â„¢s only 23, and heÃ¢â‚¬â„¢s got a ton of raw ability to become something special, but he hasnÃ¢â‚¬â„¢t shown it yet this season.

WhoÃ¢â‚¬â„¢s on your Three Up and Three Down lists? Let me know in the comments!