For the past week and a half, I have been spearheading a project that the Washington University newspaper does every year called “Who Won.” Yes, the idea was originated by my hero and idol Rembert Brown in 2012, and yes, we took it with enough accreditation and absolutely no remorse. However, unlike Rembert, we have made videos to promote the brand, so in some way, it’s as if we took the idea and left it better than it started. Does that make it okay? Probably not, but that’s how I’m going to justify it.

All of this to say, the newest segment of your Regularly Scheduled Rain Delay will be one called “Who Won the month of _____?” An abridged version of the other Who Won brackets, this segment pits eight Reds against each other in a free-for-all to the (virtual) death with one emerging as the Red of the month. Keep in mind that while this column will take into account on field performance, the player with the best stats won’t necessarily win the month. Life doesn’t always reward the most talented people and neither will I. (That said, Scott Feldman is excluded from this narrative. I refuse to let him win.)

WHO WON THE MONTH OF APRIL

Acknowledging that I somewhat arbitrarily picked the eight contestants and that there is no good way to compare their accomplishments and that seeding is stupid in the first place, this section is not going to hold much importance. But in the interest of adding at least a tiny bit of framework to this column, the eight contestants will be seeded by how close their birthday is to April 1.

You would think this matchup would be an easy win in Schebler’s favor, especially considering the recent tear that he’s been on (4 HR, 8 RBI in the last four games). And yet, Ariel Hernandez has to take this one.

Quick checklist of Hernandez’s accomplishments in only 30 pitches:

Pay no attention to the small sample size behind the curtain, Hernandez moves on.

So Bryan Price lands on this list for his willingness to manage the bullpen in new and innovative ways. Pulling Brandon Finnegan in the third for long relief? Ingenious. The next generation of managing. Batting Jose Peraza second? Cause to be dropped from this competition. Suarez moves on by default.

Oh buddy, I hoped this matchup would happen. Nostalgia tour number one meets young gun powering up the ranks. It’s like Bon Jovi having a battle of the bands with Kygo. Aerosmith against the Chainsmokers. THE BEATLES AGAINST MIGOS.

While in theory I would enjoy seeing a show by any of the former artists, a good number of them are dead and the ones that aren’t don’t function quite as well as they once did. On the other hand, the latter artists may be a passing fad but at the moment, still know how to put on a pretty good show. MigosÃ¢â‚¬â€er, Wandy moves on.

As much as I love the previous matchup, I hate this matchup because this should be the final. Amir Garrett’s debut has been the Reds’ storyline of the month hands down, but Zack Cozart’s unending tearÃ‚Â cannot be discounted. I’m going to have to pull the future card in this scenario though and send Amir to round two because he will be a Red for years to come while Cozart might not even be a Red at the end of the summer.

The top seven players in fWAR are:

Despite the hype, Ariel Hernandez has only thrown 30 pitches. Eugenio Suarez meanwhile is being listed on the same list with the one and only Eric Thames, which for Reds fans should be an incomparable honor.

The two standout pitchers of the month duking it out to face the standout hitterÃ¢â‚¬â€it couldn’t have gone any other way. Going to be efficient here, Amir Garrett takes it because, in spite of his last start, three quality starts and a 12.0 inning scoreless streak to start a career is impressive by any measure. Bye Wandy, I’ll still buy your jersey at some point.

As previously mentioned, Garrett just gave up 9 earned runs to the Milwaukee Brewers, i.e. the one team Reds’ fans have been able to point to and say: “It could be worse.” While Garrett’s start has undeniably been impressive, such a drubbing at the hands of the Brewers is only a hit to the dignity.

But Eugenio Suarez won the month of April and is here to repair each and every one of our dignities:

Since I last wrote this column, just one week ago, the Reds pitching staff has given up has given up 52 runs in six games. For context, in the first 16 games, the pitching staff gave up 54 runs. To call it an implosion would be to undersell implosions as nothing more than bottle rockets.

But, in order to follow the formalities of the Kangaroo Court, an offense must be charged.

Offenses:Ã‚Â Inadequacy in the course of performing one’s duty. Their one and only duty. Their sole responsibility. The one thing that anyone expects them to do.

Fine:Ã‚Â Each member of the Reds pitching must make the pilgrimage down to Double A and speak with the great oracle, Ariel Hernandez. After listening to his stories and his years of infinite wisdom, the pitchers must embark on the sacred rite of the “rehab start” and be able to strike out five of eight batters, using 30 pitches or less. Only then will they be prepared for the Major League roster. Only then will they have made penance.

Fantasy Baseball:Ã‚Â The good guys took an L in the most emphatic sense of the phrase last week with a 468-777 point annihilation at the hands of last year’s champion. The moral is hurt but the team always bounces back. That or I start selling my assets next week.

Authorial Views:Ã‚Â I’ve hit the acceptance part of this segment. I know I am a sixth place person. I know my role. 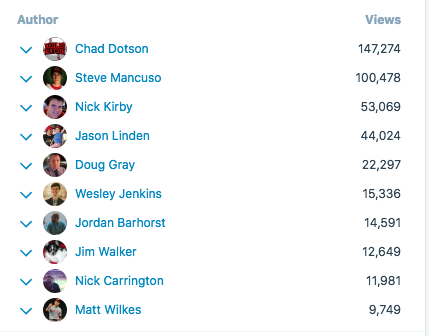