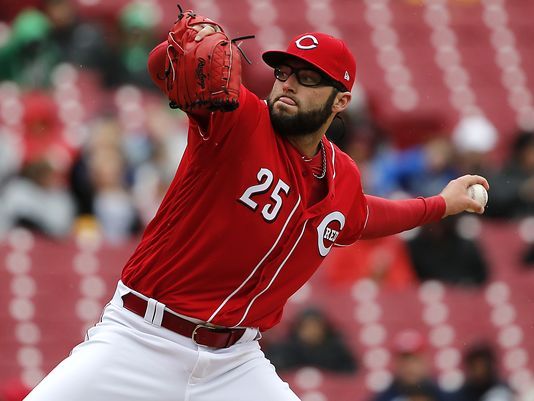 By any measure, the Reds bullpen has been one of the more pleasant surprises of the early 2017 season. General Manager Dick Williams has restocked the pen with a deep assortment of talented, hard-throwing, and (generally) young arms. Bryan Price has used these weapons creatively, calling on his best pitchers in the highest leverage situations and using them for multiple innings at a time. Going into the weekend series with the Cubs, the Reds bullpen ranked fifth in baseball with a 2.43 ERA. They have, by far, the most strikeouts of any bullpen. Ã‚Â Reds relievers are letting only 7% of inherited runners score — again best in baseball.

But this success has come with worries about workload. Reds starters are only going 4 2/3 innings a night; forcing relievers to throw 66 2/3 innings in the team’s first 16 games. Price has had to get an average of 3.9 outs per game from his relievers, which is just behind Minnesota for the most in baseball. Broadcasters, writers, and fans are all fretting about the situation, with mostÃ‚Â convinced that the current workloads will inevitably lead to a drop in bullpen performance later in the season.

While that all seems intuitive, is it really true? Can the Reds bullpen sustain its current workload and excellence, or does something have to give? The first question, which we aren’tÃ‚Â going to look at today, is whether this is actually the bullpen’s true level? Can they sustain this performance, regardless of their workload?

Relief pitchers – especially young ones – are probably the least predictable creatures on the baseball diamond, but we can confidently say that allÃ‚Â the Reds relievers are significantly outperforming their ZIPs projections. It takes a smarter writer than me to say this with confidence, but we should all at least consider the possibility that these guys are going to regress no matter what — so let’s be careful not to blame it on workload, just because it fits our assumptions and makes an easy narrative. 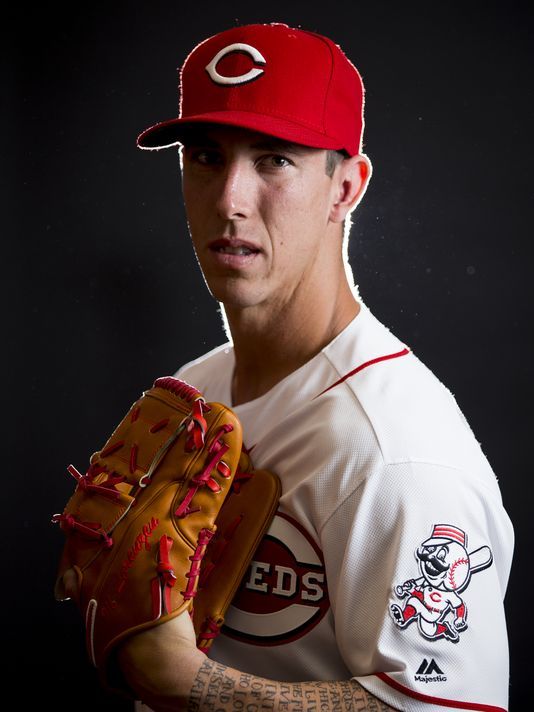 The real issue I want to explore is whether Reds relief pitchers are, in fact, overworked. We know the Reds relievers,Ã‚Â collectively, have pitched a lot, but what about the individuals? Remember, Williams and Price left spring training with a nine man bullpen.

Bronson Arroyo quickly replaced one relief slot, but there’s no denying that the Reds have been carrying a boatload ofÃ‚Â relievers. That may make a difference. Increasing the bullpen by 15-20% would seemingly decrease the workload any one pitcher throws by some amount.Ã‚Â The question is how much.

We know that entering the Cubs series, the Reds had made 51Ã‚Â separate relief outings – but that ranks only 9th in baseball. Here are the Reds relievers’ workloads, through April 20 (16 games):

That feels like a lot, but is it? Raisel Iglesias is tied for 6th in relief IP. Michael Lorenzen is tied for 15th. Blake Wood is in the 20s, but nobody else is in the top 60.

The Games Pitched list gets pretty jammed up this time of year, but Wood is tied for 15th (along with 10 other guys), with Lorenzen, Drew Storen, and Wandy Peralta among the 48-man logjam at 41st.

How does this look when projected over a full season?

Okay, now it starts to look heavy. Only six relievers in MLB threw over 80 IP last year. Nobody threw 90. But it’s not insane. Twenty-seven guys did throw between 70-80 IP. Lorenzen and Iglesias, in particular, are on pace for a bullpen workload that nobody has seen in almost 20 years. Ã‚Â But don’t forget: These guys are former starters, and on the most recent Redleg Nation Radio podcast, Dick Williams told Chad that heÃ‚Â hopes to get 100 IP from Lorenzen to make his presence in the bullpen worthwhile.

Which leads me to one last data point I’d like to check: Rest. If your usage patterns are non-traditional, what do your rest patterns look like?

Here’s how many days’ rest each pitcher has had, by outings:

This is pretty reasonable. Price has asked relievers to go back-to-back only three times all seasons. Reed is getting a starter’s rest. Iglesias is getting a good deal of recuperation time. Wood’s usage matches his 2016 pattern almost exactly. Storen hasn’t pitched back-to-back days – his pattern is very close to how he was used in 2015.

My tentative conclusion: Bryan Price is asking a lot from his bullpen as a whole, but since he has so many different guys to choose from, the workload isn’t outrageous from any of them — particularly when several of them have experience (or even 2017 plans) as starting pitchers. (Caveat: Drew Storen has always been a 50-55 IP guy. His current pace may be pushing it.) The relievers themselves also deserve credit, for being very efficient (and effective) in their outings.

I gave the Reds some grief when they broke camp with a (feeble) four-man bench and nine relievers, but it’s proven to be a very useful toolkit to cope with their inconsistent and injury-prone rotation. We can hope the Reds starters pick up their share of the workload, but mostly because they’re (supposed to be) the more talented pitchers. The current bullpen workload is heavy, but not unsustainable.

What do you think?