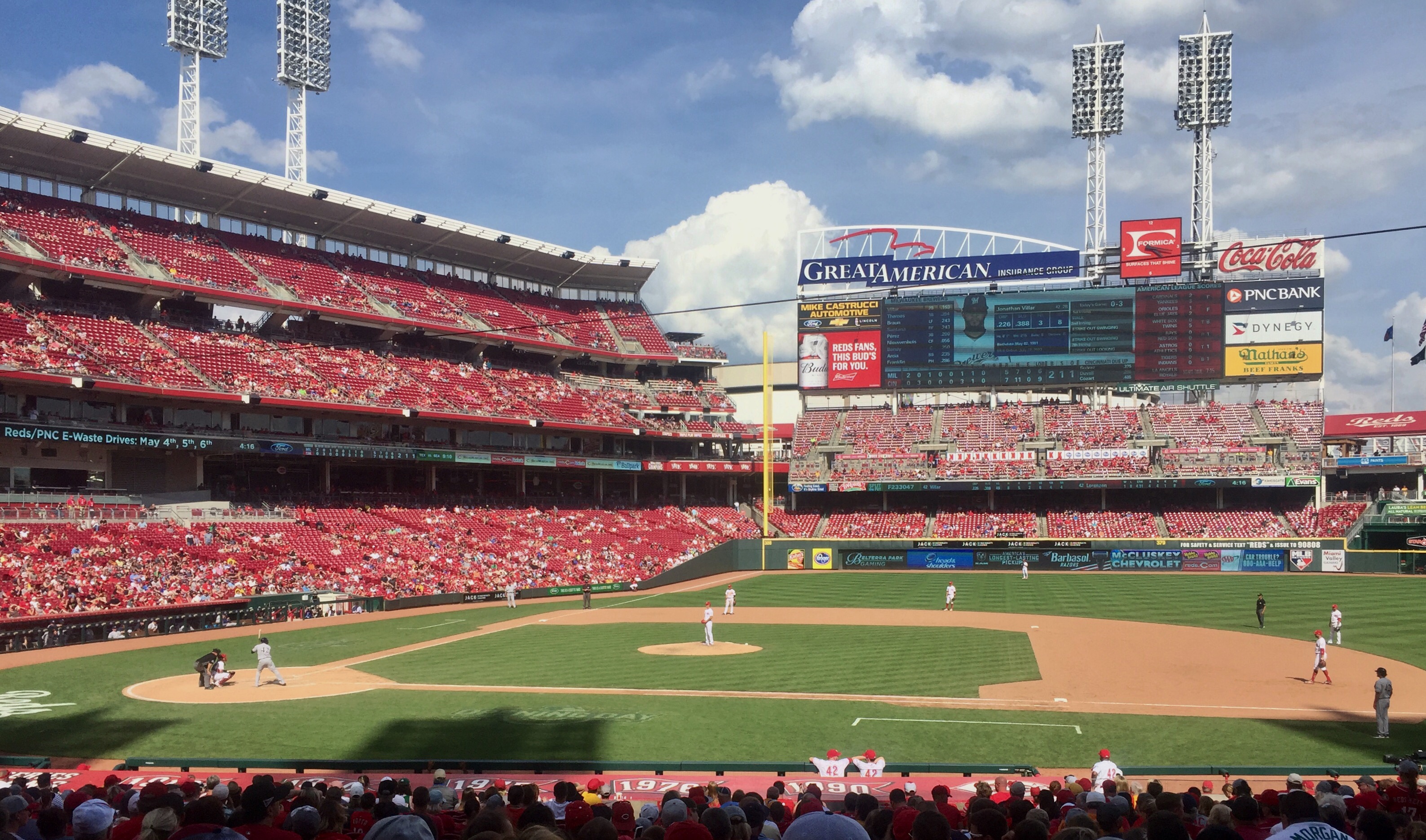 A collection of miscellanea, both Reds-related and otherwise…

Over at Cincinnati Magazine, you can find the first installment of my Cincinnati Reds Player Power Rankings. It’s just like the traditional MLB team power rankings that you see everywhere, except that I’m ranking every Red player, from 32 all the way to number one.

You’ll be shocked when you see who is number 18!!!

Go take a look at the rankings and let me know where you agree and disagree.

My friends over at CM also just published this interesting piece, entitled “Reds Superfan Mary Alice Gausman is in A League of Her Own.”

You really should take the time to read it. At first, it appears to be a fluffy profile of a really big Reds fan. In the middle, however, it takes a dark turn. By the end, you will have gained a measure of admiration for this remarkable Reds fan.

Red Reporter has this fun video they call “Scootering with Scooter Gennett.” It sounds like exactly what it is: Matt Allaire has interviewed Scooter. While they are on Scooters.

This guy is an amazing lyricist:

JAZZ ALL THE WAY pic.twitter.com/MCf3vAwjUt

Oldest Reds starter to win a game: Hall of Famer Eppa Rixey, who was 42 when he tossed a complete game against St. Louis on 8/5/1933.

Dave Concepcion pitched an inning and a third for the Reds at age 40, in 1988. Allowed zero runs.

Check out this short video of MLB Network’s Brian Kenny lauding Reds manager Bryan Price for his creative use of the bullpen. Honestly, this is one of the most exciting things I’ve seen the Reds do in a long time. This team — and this manager — may actually be on the cutting edge of baseball evolution.

Did you see this bunt by Kyle Schwarber?

Kyle Schwarber with the greatest bunt of all-time. pic.twitter.com/lJmnOVRnr7

The Easter Bunny is a savage:

The bunny! FROM THE TOP ROPE! pic.twitter.com/ZewhZHpBWP

So Tim Adleman is starting Friday’s game, and it appears that Cody Reed will start on Saturday. I’m glad Reed is getting a start; that guy looks like a different pitcher right now.

As for Adleman, I dunno. He seems like a great guy, and he has an incredible story of perseverance, and he’s a fellow Georgetown guy. Adleman is an easy guy to root for, and I hope he goes out and tosses seven shutout innings on Friday.

But he’ll turn thirty years old later this year. I’d much rather that start go to Robert Stephenson, or Michael Lorenzen (please), or even Sal Romano again. But what do I know? 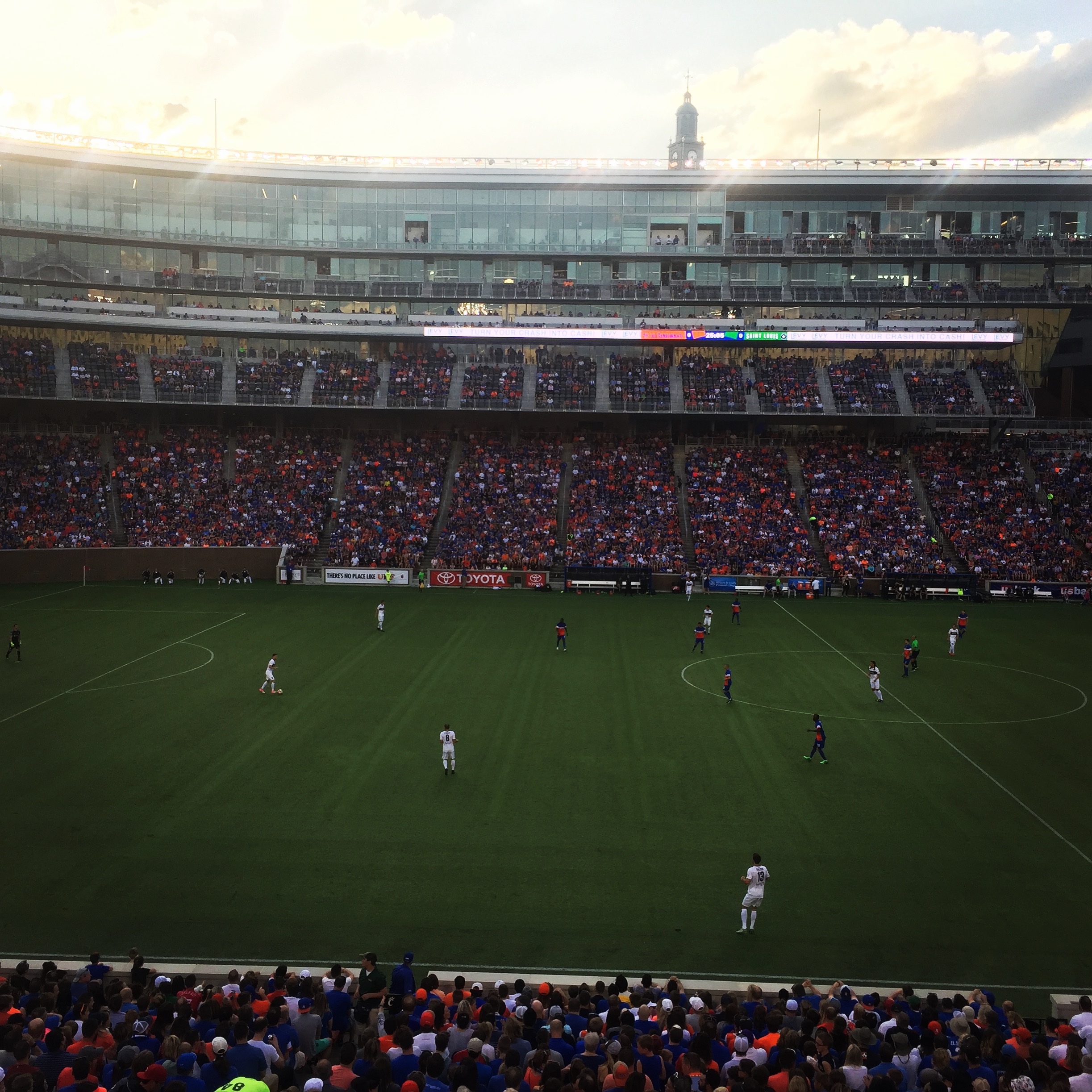 I took my son to an FC Cincinnati game over the weekend. It was our first FCC game, and we had a blast.

That club is really creating something special. I was in awe of the gameday experience…and the team was pretty darn good, too. Djiby Fall is probably the greatest soccer player on earth, if Saturday is any indication.

If you get a chance to check out FC Cincinnati, I can’t recommend it enough. It’s a fun time.

Have you watched the latest season of Mystery Science Theater 3000 on Netflix? You should. It’s so good.

If you don’t know what MST3K is, where have you been the last two decades? Well, they made a Kickstarter-funded new season, after being off the air since 1999, and it’s now on Netflix. I’ve watched the first four episodes, and they’re really, really good. I was an obsessive fan of the old show as a teen, and I was concerned that they’d screw up something that I used to love. No, they executed this perfectly.

So, if you haven’t seen the new season yet, I encourage you to check them out on Netflix. (Netflix also has a bunch of the old shows, too, if you want to get a flavor for what you missed back in the 90s.) Then there’s this:

You can tease us all you want, @MST3K, we know you love us. pic.twitter.com/dthvZhY9wH 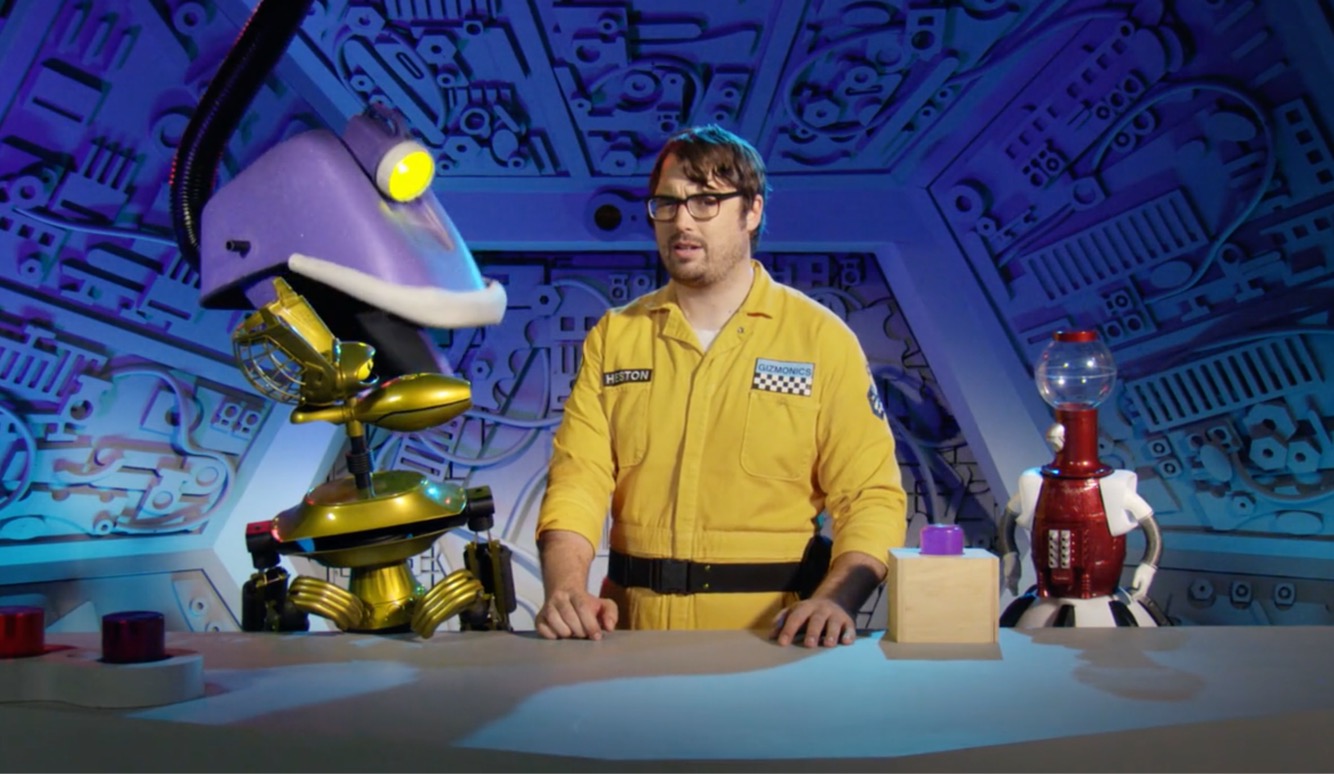