This past week has been a week of evening things out for the Cincinnati Reds. After getting off to a hot start, the team struggled in a series against the Milwaukee Brewers, dropping three of four in the first home series since opening up the season at Great American Ballpark.

IÃ¢â‚¬â„¢d be remiss if I didnÃ¢â‚¬â„¢t talk about the sweep of the division rival Pittsburgh Pirates in their home park, but the story of the week was definitely the struggles against the Brewers. For all intents and purposes, the Brewers are a team the Reds are supposed to beat. However, I think it was a good grounding moment for the fans. You never want to see your team lose, but the fact of the matter is that this team is much closer to a .500 club than they are a serious playoff contender. They did show the fight and guts required of teams who want to be taken seriously, which is a great thing to see at such an early point in this rebuild. 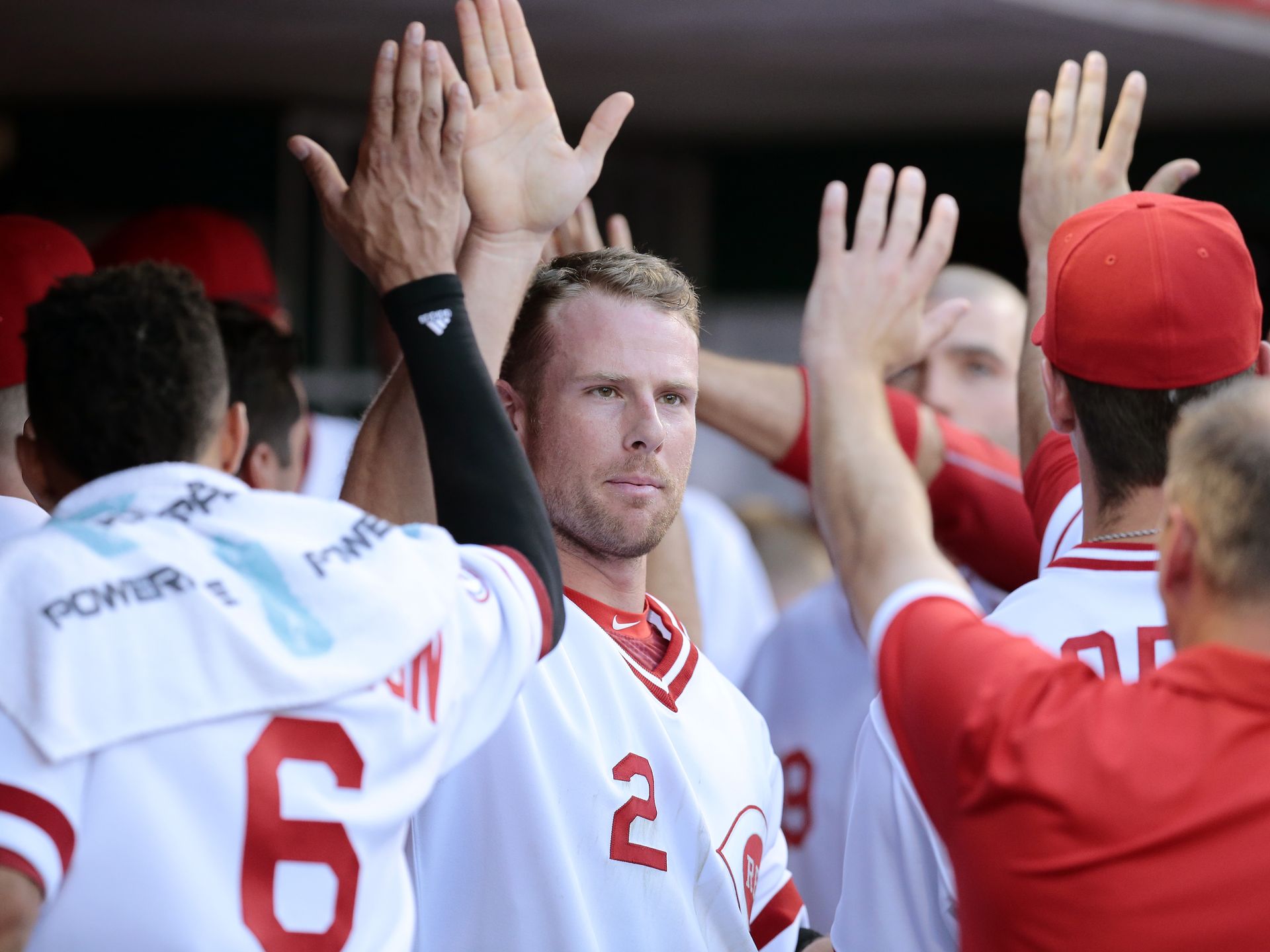 After narrowly missing last weekÃ¢â‚¬â„¢s Three Up list, Zack Cozart makes his first appearance on the hot list for the 2017 season. And boy, does he deserve it. Cozart is currently second in the league in batting average, fourth in OBP, and fourth in slugging. Unfortunately for Reds fans, heÃ¢â‚¬â„¢s also second in Batting Average on Balls in Play with a staggering .517 BABIP. CozartÃ¢â‚¬â„¢s career BABIP hovers right around .278, so that .432/.488/.730 slash line will definitely be tapering off eventually.

The team couldnÃ¢â‚¬â„¢t have asked more from Zack Cozart to kick off 2017. HeÃ¢â‚¬â„¢s built his trade value instantly, and should be a hot commodity for the first team with an everyday shortstop go down to injury.

If a magical time-travelling Reds fan had come to us at the beginning of Spring Training and informed us that Amir Garrett would be the RedsÃ¢â‚¬â„¢ best and most-reliable starting pitcher through mid-April, I think most of us would have questioned his sanity. But, thatÃ¢â‚¬â„¢s where we are. Granted, every other starting pitching option for the Reds has fallen apart in at least one of their starts, but Garrett has had two very solid and seemingly repeatable appearances to begin his rookie year.

I canÃ¢â‚¬â„¢t stress how easy heÃ¢â‚¬â„¢s making things look out there. Despite giving up two runs, GarrettÃ¢â‚¬â„¢s second start might have been better than the six shutout innings he pitched the first time around. Relying on a rookie with limited success at the AAA level isnÃ¢â‚¬â„¢tÃ‚Â a comfortable spot to be in as a fan base, but for now, I think we can #CountOnAG.

After walking four batters in his first appearance of the year, Cody Reed has been absolutely locked in since. HeÃ¢â‚¬â„¢s yet to give up an earned run, even in that four walk appearance, and has retired the last 15 batters heÃ¢â‚¬â„¢s faced. This seems to be related to an improvement in his mechanics, specifically his follow through, and reducing the recoil after he lets loose. 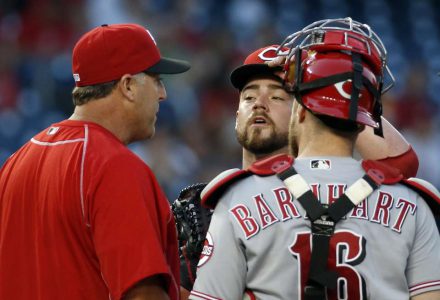 After a tantalizing first 7.0 innings, Brandon Finnegan has started two more games, but has only managed to make it through 3.0 innings. In each appearance since his dominant Opening Night start, the young Reds pitcher has shown almost zero ability to find the plate. FinneganÃ¢â‚¬â„¢s first inning on Saturday was so bad that manager Bryan Price pulled him before he could do any more damage.

The official word on this outing was a shoulder problem, and indeed, Finnegan was placed on the new 10-day Disabled List shortly after the game. The Reds have shut him down for 2-3 weeks – hereÃ¢â‚¬â„¢s to hoping what we saw in that first game can make a comeback, and what we saw in the four innings after that was related more to the injury than BrandonÃ¢â‚¬â„¢s abilities.

This feels sort of like deja vu, doesnÃ¢â‚¬â„¢t it? In 2016 Joey Votto got off to easily the worst start in his career. In 2017, heÃ¢â‚¬â„¢s at it again. ItÃ¢â‚¬â„¢s been noted by people watching him closely that his approach at the plate looks completely different than it has in years past – and indeed, VottoÃ¢â‚¬â„¢s 85.5% zone swing rate (the rate at which he swings at balls in the zone) is at an all-time high, and well above his career average of 68.5%.

IÃ¢â‚¬â„¢m not going to even try to analyze what Votto is doing at the plate. Whatever heÃ¢â‚¬â„¢s experimenting with has caused his traditional statistics to drop well below league average. IÃ¢â‚¬â„¢m not anticipating that this will be the case for very long. HeÃ¢â‚¬â„¢s already looking to be on the upswing, and as we saw last year, Votto is capable of pulling himself out of rough patches like this and putting up monster numbers shortly after.

ItÃ¢â‚¬â„¢s becoming clear why the Cubs had to pass on Arismendy Alcantara. ThereÃ¢â‚¬â„¢s no doubt that AlcantaraÃ¢â‚¬â„¢s raw ability is tantalizing, but itÃ¢â‚¬â„¢s becoming painstakingly obvious that heÃ¢â‚¬â„¢s got no place on a major league ballfield currently. Not only has he been abysmal at the plate (1 hit through 13 plate appearances, good(?) for a .083/.154/.083 slashline), but a costly error in SundayÃ¢â‚¬â„¢s game extended Sal RomanoÃ¢â‚¬â„¢s major league debut by 15 unnecessary pitches, and almost definitely affected the young pitcher psychologically. To have Alcantara getting at bats while capable backups Juan Perez and Tony Renda are putting up solid numbers in Louisville is puzzling, to say the least. WeÃ¢â‚¬â„¢ll see just how long this experiment can last for the Reds, especially in a year when getting ABs for crucial rebuild pieces should be the most important goal on the list.