Well, I can safely say I donÃ¢â‚¬â„¢t think many of us were expecting THAT out of the first week of Reds baseball. The Reds just wrapped up an impressive win over the Pittsburgh Pirates with a very good baseball game across the board in the hitting, pitching, and defense categories.

ItÃ¢â‚¬â„¢s been a common theme throughout the season – these young Reds players seem to be progressing. And although a lot of the young players on the Reds are looking great, there are a few who have struggled to open up the new season. LetÃ¢â‚¬â„¢s see whoÃ¢â‚¬â„¢s hot and whoÃ¢â‚¬â„¢s not: 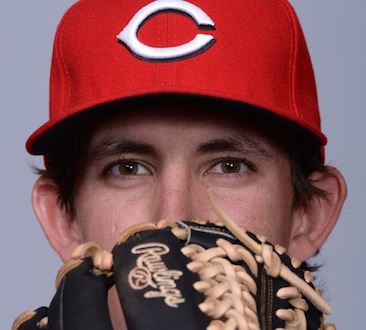 What was a historically awful bullpen in 2016 looks to have converted into a strength for the 2017 Reds. Through the first 27 Ã¢â€¦â€œ innings, the Reds bullpen have given up five earned runs. Five. Three of those earned runs came in an awful appearance by Robert Stephenson, who couldnÃ¢â‚¬â„¢t find the strikezone in his 1.2 innings of relief.

The potency of this bullpen was perhaps best displayed Monday night against the Pirates. After a dominant first start, Brandon Finnegan fell into some trouble early. With the bases loaded in the third inning and nobody out, Bryan Price put his money where his mouth is and called for Michael Lorenzen to come in to pitch in relief. Lorenzen, Cody Reed and Wandy Peralta would go on to retire the next 21 batters in a row and lead the Reds to a 7-1 victory.

The combination of Lorenzen, Reed, Peralta, Drew Storen, Blake Wood, Tony Cingrani, and possibly the best Reds pitcher, Raisel Iglesias, have been nothing but dominant to start the season. ItÃ¢â‚¬â„¢s a combination of youth and ability that we havenÃ¢â‚¬â„¢t seen in Cincinnati in some time. As weÃ¢â‚¬â„¢ve already seen, there will be some bad days from this pitching staff. But if all of the guys listed above find some stability like Iglesias and Lorenzen have, this may be the best bullpen in the majors at the end of the season.

Amir Garrett would not be outdone by his teammates in the bullpen. The Reds’ 2016 Minor League Pitcher of the Year went out in his first major league appearance and gave the Reds a big league start. Garrett went six innings, giving up two hits, two walks, and struck out four. More important than the stat line was the eye test for Garrett. The tall lefty looked calm, confident and in control in what had to be one of the most nerve-wracking moments in his life. The velocity on his fastball left a little to be desired, but the control and quality on his secondary pitches more than made up the difference. It was only one start, but you had to love what we saw from someone weÃ¢â‚¬â„¢ve been talking about for such a long time.

The last spot on the Three Up list came down to Zack Cozart, Adam Duvall and Eugenio Suarez, but at the end of the day, Suarez got the nod. His 220 wRC+ leads all Reds batters, and heÃ¢â‚¬â„¢s the owner of a couple of good looking home runs.

Perhaps more importantly, SuarezÃ¢â‚¬â„¢ defense at third base seems to have made a giant leap forward, which has already paid dividends for the Reds in the form of a very clutch double play on Sunday afternoon. Suarez also has the more realistic BABIP of the three sluggers in contention for this spot, sitting at .385 as compared to .438 for Duvall and .529(!!) for Cozart. A gray #7 Reds jersey might just be the next piece of clothing I purchase. 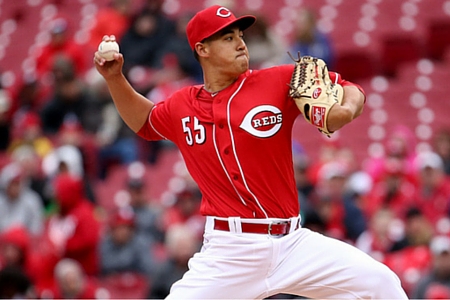 IÃ¢â‚¬â„¢d rather not talk about StephensonÃ¢â‚¬â„¢s 1.2 innings of relief, but weÃ¢â‚¬â„¢re here, so letÃ¢â‚¬â„¢s dive in. It was painful to watch the guy experts have been naming the Reds’ top prospect for almost half a decade struggle so badly. Stephenson just couldnÃ¢â‚¬â„¢t locate his fastball, seeming to try to power it past hitters and flying open far too often. Stephenson actually had more control over his breaking ball, and turned to that in order not to completely collapse on the mound.

ItÃ¢â‚¬â„¢s the kind of outing youÃ¢â‚¬â„¢re hoping is a one-time thing, but itÃ¢â‚¬â„¢s also the kind of performance weÃ¢â‚¬â„¢ve heard of Stephenson having in the minors on more than one occasion. HereÃ¢â‚¬â„¢s to hoping whatever is going wrong with this kidÃ¢â‚¬â„¢s mechanics or mindset can be corrected, and that heÃ¢â‚¬â„¢ll get back on track to being the Reds’ most exciting young pitcher.

We didnÃ¢â‚¬â„¢t know what to expect going into the 40 year old Bronson ArroyoÃ¢â‚¬â„¢s first start since 2014. And in fact, I think you could view his start as a win from a few different perspectives. However, at the end of the day, ArroyoÃ¢â‚¬â„¢s two walks and five earned runs in four innings of work was just not enough to give the Reds a chance to win. It also didnÃ¢â‚¬â„¢t accomplish the job he was hired to do, and thatÃ¢â‚¬â„¢s eat innings. Bronson will need to show that he can come in and throw strikes for 5 or 6 innings in order for his reunion tour to be deemed a success.

Despite the two home runs from Scooter Gennett, the Reds bench has gotten a pretty awful start to 2017. Arismendy Alcantara is hitless. Patrick Kivlehan and Stuart Turner both have a hit each. And the only two hits Gennett has had are the aforementioned home runs. The depth in the minors is such that the bench doesnÃ¢â‚¬â„¢t necessarily matter as far as filling in for potential injuries go, but through the first week, the Reds once again have one of the worst benches in baseball.