The death notice arrived as I stood, fittingly, in the women’s hygiene aisle of the grocery store. And it was a death notice; this was a thing that was going to be gone, and, once gone, irretrievable.

I hung on the handle of the shopping cart and wept there between the pads with wings and the Mydol.  “Mercy is closing next year,” I texted my sister, because while she might learn the news of the execution of our high school electronically, as I did, I would at least spare her the discovery in the middle of her Facebook feed, in the middle of the day, in the middle of the women’s hygiene aisle, with the Lean Cuisine melting away. 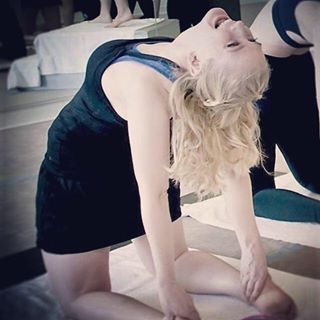 “When you are upside down, that is when you begin to see clearly.”

The day before I learned all this, I’d changed my social media profile picture to one of me kneeling on the floor of a yoga studio, pitched over backwards, head directed to the floor. I was thinking of the young and battered 2017 Reds as I did so, because a yoga teacher once said to me as I trembled miserably in this position, “When things are upside down, that is when you begin to see clearly.” An upside down season–whether for a few months of sports or a few years of life– means you eventually learn to be glad you have a season to begin with. An upside-down season means you cringe and shrug and enjoy being outside on a sunny afternoon. Upside down means thrown over, but is always, at least in some sense, some way, still upright. 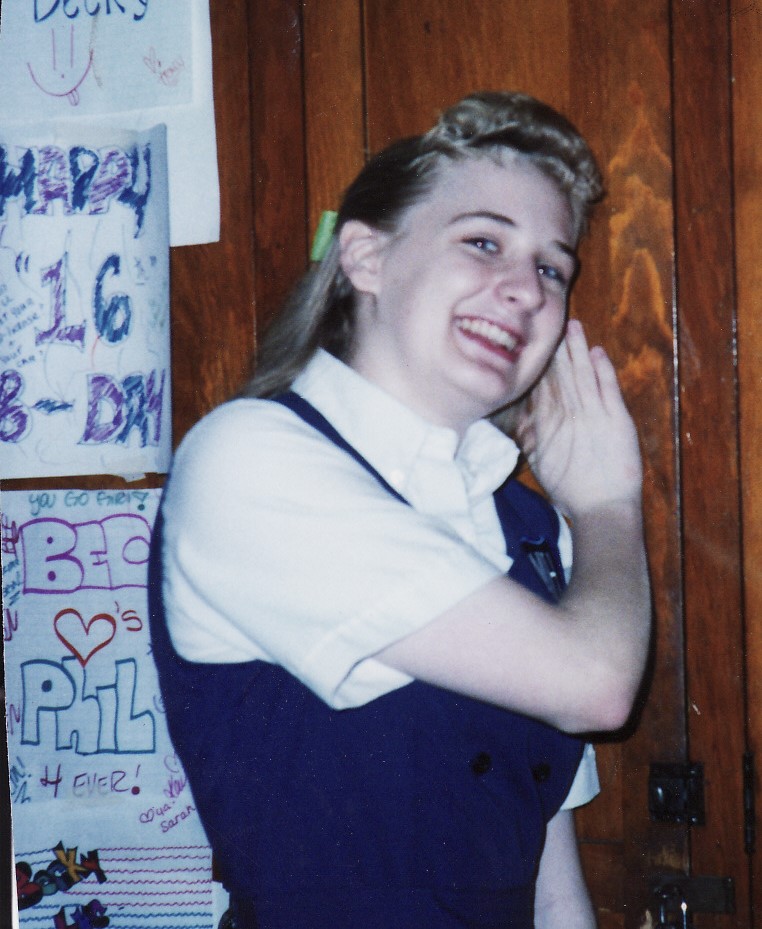 We were happy, even if some of us made critical hair-related errors.

Maybe you hated your high school. I would not blame you if you did, had you not attended mine. Mine was (I must become accustomed to this business of referring to it in the past tense) called Mother of Mercy. It educated about 800 young women a year for over a century. We wore dark navy blue jumpers and we put on plays and we ran on a wooded trail around the school building during gym class and we were happy. I entered planning to be an astronaut, but algebra was hard, as it should have been, and I left having decided to write instead. It kept me alive and it birthed me anew.

If you think IÃ¢â‚¬â„¢m overreacting, bear in mind that I was raised in a city where the local chili parlor recently changed its oyster crackers and we all lost our minds.Ã‚Â

Mother of Mercy is located on the West Side of Cincinnati, and if you are one of our readers who isn’t from around here, I should explain why this ratchets the matter up to the level of Defcon Several Nuclear Bomb Eruptions. On the West Side, we move our families into the houses we ourselves grew up in. On the West Side, removing to a location which is fifteen minutes away is referred to as ‘“hauling all the way over there.’ On the West Side, I once plugged in a GPS search for the nearest Starbucks and the closest one was in another state. That is why we host the oldest team in baseball: It simply, at this point, has not occurred to us to operate without one.

On the West Side, a difference of seven miles is an altitude change from sea level to approximately the surface of Jupiter.  Such a shift is what the Sisters of Mercy, who currently run my alma mater from afar and don’t understand about the oyster crackers, are attempting. At the end of next year, Mercy students will be shoveled to our sister school, McAuley, which is seven miles away. All the way over there. It is a different planet.

A fine planet on its own, I am sure, but the theater won’t smell right at all, the staircases aren’t narrow and forever, and there’s nowhere for me to point and say, “This is where I mashed my face against the classroom window at the exact moment the vice-principal walked past.”

If you don’t think seven miles makes much of a difference, I encourage you to talk to any Reds fan about why we were so horrified when Joey Votto tried to steal this week, and that was over a matter of ninety feet. Ninety feet is the Grand Canyon. Seven miles is walking to Australia. 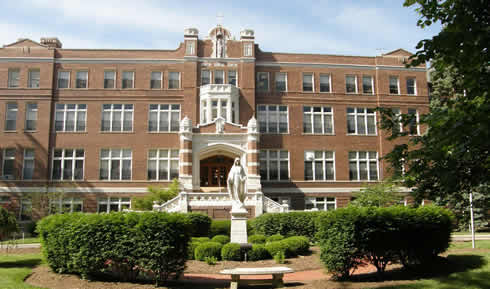 Planet Mercy, all the way over there.

My mother’s alma mater was similar to Mercy:  Small, all-women, and eventually obliterated from the face of the Earth.  It was called Our Lady of Angels. You have probably not heard of it, because it shuttered in 1984 and all the trophies and classroom desks were sold and almost nobody speaks its name anymore, not even on the West Side.

And that is that why before I left the grocery store, I put a bottle of shower cleanser in my cart after I’d already gotten some and completely forgot the eggs. The Sisters of Mercy now owe me, among other things, $3.95 and a dozen Grade A Mediums. Like my mother before me, a flame which was passed to my hands and I was in the process of handing across my own body will be extinguished, and once the smoke clears, there is little I can do about it but rub my palms together to try and recreate the warmth.

When you learn that a part of your life which you expected to stand above ground long after you are put in it is about to vanish, stakes change. With your head to the floor, you notice quite quickly what is good and what is bad, what is real and what is an illusion of hope. This is why sports fans are in a state of constant anguish. This is why we slide from the couch to the floor on the bobbled single, pound the steering wheel when loaded bases come to naught, crane our heads around our date’s shoulder at the bar to see the pitch count. This matters. This all matters. The story of this team will stand long after the last out, and you know it, and even if the season rattles along without your attention, it’s your job to keep track because that’s how it becomes your story, too.

Here on the Planet of Mercy, the alumnae have gathered in furious, crying, praying, grateful, wine-drinking groups, because if we are going to be set upside down, we are going to be upside down together. There is an overwhelming sense that while the deed to the school rests in the hands of nuns in North Carolina, ownership actually resides with us, here on the West Side, where we ran the fund drives, decorated the gym, and stapled the graduation programs by hand because it was cheaper that way. I have spoken to women I have not set eyes on in two decades, for we all see clearly now. More than one has told me, “I was just beginning to get it, what it meant–and now it’s vanishing.

Oh, the jogs around the building and the sound of the wooden lockers slamming are going to be around as long as we are. But someday we won’t be here, and who then, indeed, will tell the story of my mother’s alma mater?

And that is why I did not smile, not once, at memes stomping upon the people of Oakland, who will soon lose the Raiders to Las Vegas. It’s not funny. You can’t undo a loss like like that. Even if another franchise arrives, there’s no replacing the missing years. Cincinnati itself teetered towards losing the Reds in the 60s, and were it not for Ruth Lyons and the Rosie Reds, what on Earth would we do for love the first week in April? The team remains today because we remembered ourselves long ago. We remembered who we are and what we own.

I suppose this is why even those of us who come to adulthood in the Midwest are drawn to mountains and the sea every once in a while. We seek permanence beyond our glacier-rounded hills, a permanence not created or maintained by human hands. But even permanence can waver: I once summited Pikes Peak in Colorado as a child, when the elevation was 14,110 feet, then again as an adult. And in the intervening decades, the official elevation shot up an extra five feet. (This likely reflects a rounding error, or too much Coors, but if a mountain can get taller, I like thinking that I may one day make it out of the Petites department.) And the Atlantic Ocean I waded into as a college senior crashed up against different drifts of sand when I returned there last month with my husband. So the very mountains grow with the push of the Earth and beaches slip away by the grain–what, then, can we possibly hope to keep?