It only took two hours and seventeen minutes for the first place Cincinnati Reds to defeat the St. Louis Cardinals. Reds top prospect Amir Garrett went into Busch Stadium, and pitched six brilliant, shutout innings in his MLB debut. The Reds bullpen was outstanding again, and the Reds got just enough offense to complete a 2-0 win.

It might not last forever, but the Cincinnati Reds have been a lot of fun to watch the last couple days. 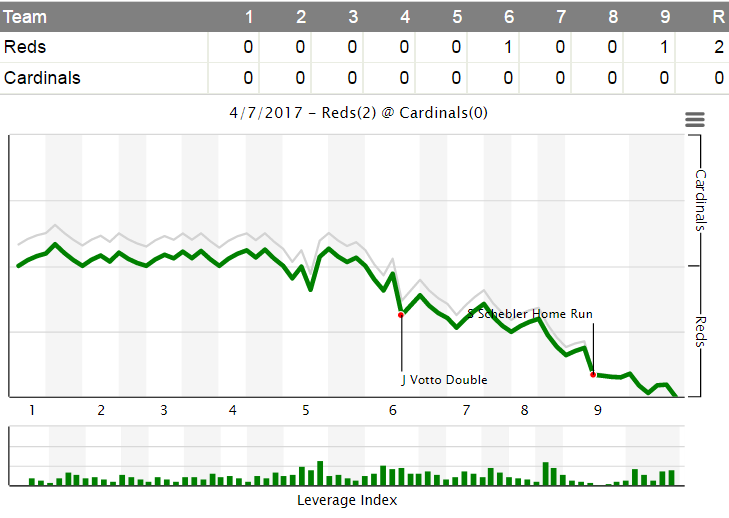 According to FangraphsÃ‚Â WPA statisticÃ‚Â (winning percentage added), the most important play of the game was Joey VottoÃ¢â‚¬â„¢s RBI double with 1 out in the 6th inning, giving the Reds a 1-0 lead.Ã‚Â That play increased the Reds chances of winning by 15.8% (from 53.0% to 68.8%). 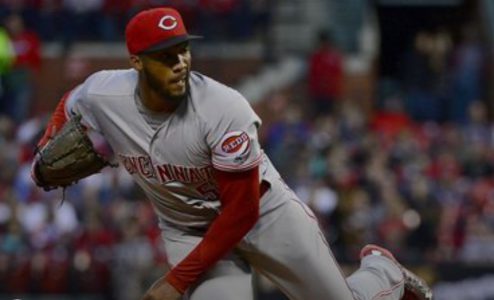 What can you say about Amir Garrett? In his MLB debut, he went to Busch Stadium and pitched six scoreless innings. He walked the very first batter he faced, Dexter Fowler. He was able to get through the first inning without allowing a run, and you could see he let out a deep breath on the way to the dugout. Garrett then settled in and dominated a deep Cardinals lineup.

Interesting thing I noticed, all 4 of Garrett's strikeouts tonight came on off-speed pitches.

Scott ScheblerÃ‚Â hit a big insurance home run in the 9th inning. He also already has 3 walks in this young season. There is a lot to like from Schebler. He might end up pushing Jesse Winker at AAA.

Zack CozartÃ‚Â is off to a terrific start to 2017. Cozart had a two hit night tonight, and now has a hit in all four games to start the season. Cozart also had a walk and stole a base in the 9th.

Billy HamiltonÃ‚Â had a two hit night, and stole another base on the greatest catcher of all-time (that was clearly sarcasm before you burn me at the stake).

Billy Hamilton stole off Yadi. He's now 24 of 26 stealing against maybe the best defensive catcher ever 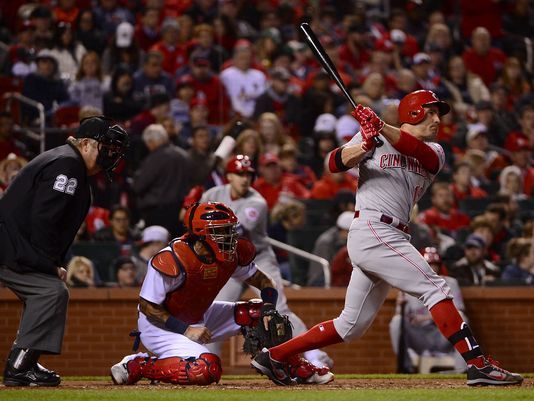 RBI machine Joey VottoÃ‚Â drove in the Reds first run with a double. Votto has been very aggressive to start the season, and has yet to walk.

TOOTBLAN #1: The Reds blew a golden chance at a run in the 5th inning. The Reds had 1st & 3rd with 1 out, and Amir Garrett up. The Reds tried a safety squeeze, but Garrett missed the bunt. Molina threw out Cozart who was off the bag at third.

TOOTBLAN #2: Joey Votto tried to steal third base with two outs, and was unsuccessful.

How much fun is it to have a decent bullpen? If the Lorenzen, Iglesias, and Storen turn out to be as good as the Reds are hoping, watch out. I love the way Price is using them too. Just about any inning, multiple innings. Price isn’t worried about burning his best reliever for multiple innings, because he’ll still have a solid pitcher available the next day.

Some of these new @FOXSportsOH commercials are strange. The Lykins one and the Alzheimer's….yikes.