Zach Buchanan wrote about Bronson Arroyo for the Enquirer today:

ItÃ¢â‚¬â„¢s been nearly three years since the 40-year-old has thrown a pitch in the major leagues. HeÃ¢â‚¬â„¢s spent most of that time fighting to come back from shoulder and elbow surgeries, unable to get his aging body to rebound.

But now he feels healthy, with nothing remarkable to report about his preparation for the regular season. Now, heÃ¢â‚¬â„¢s on the verge of pitching in a major-league rotation Ã¢â‚¬â€œ or in the majors at all Ã¢â‚¬â€œ for the first time since 2014.

The entire piece is worth your time. There’s the obligatory Eddie Vedder reference in there, but this, from Reds manager Bryan Price, is the money quote:

Ã¢â‚¬Å“I donÃ¢â‚¬â„¢t have any doubt at this point in time that heÃ¢â‚¬â„¢s going to be pitching in the big leagues with us,Ã¢â‚¬Â Price said.

So there you go. Absent extraordinary circumstances (and let’s be clear, the Reds haven’t actually made any official announcements to this effect), it appears that Bronson Arroyo will be on the Reds’ Opening Day roster.

And I couldn’t be happier about this turn of events.

My friend Steve disagrees with me on this point. And you know what? He’s exactly right.

To say my feelings about Bronson Arroyo making the Opening Day roster are "mixed" wouldn't do it justice. Young pitchers > nostalgia.

Bronson Arroyo not only wld take up 25-man spot, but would have to be added to the 40-man roster. Soft-tossing 40-YO during a rebuild?

Nostalgia-filled decision like keeping Arroyo around is example of Reds not being focused on rebuild. Adding 40-year old to roster, sheesh.

Why do Reds need an innings eater? I'd view Arroyo as an opportunity and experience eater. Even assuming he can come back and deliver IP.

Listen, he’s right. I get it. I can’t argue with any of those points. What’s the point of giving innings to a 40-year old when the Reds need to find out what the young pitchers can do? There’s no point, right?

How about this: Because it’s fun.

I know, I know: I’m supposed to be an analyst. I’ve written a lot of words about the Reds over the last decade-plus — both here and elsewhere — and much of it has been of an analytical bent. Often, I’ve criticized the Reds, and I’ve never been hesitant to say when I thought the club was making a poor decision. I may be wrong occasionally. I hope I stumble into good analysis every once in a while.

But I have always tried to be honest with you, the loyal reader. Any credibility I’ve been able to amass* has, I hope, been built on the foundation that you always know I’m giving you my honest opinion, for better or for worse.

*I know what you’re thinking. Shut up. 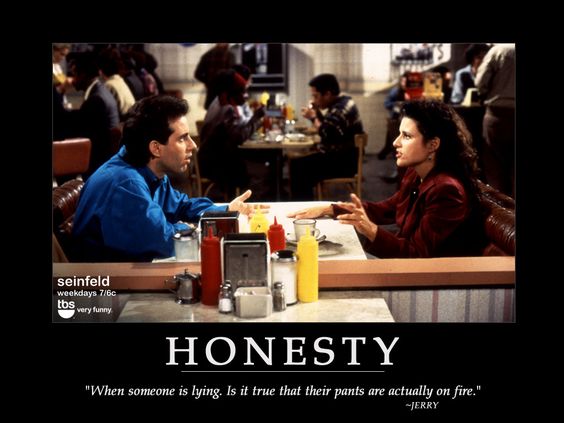 And I have to be straight with you: I love me some Bronson Arroyo and I’m glad to see him back in a Cincinnati Reds uniform. 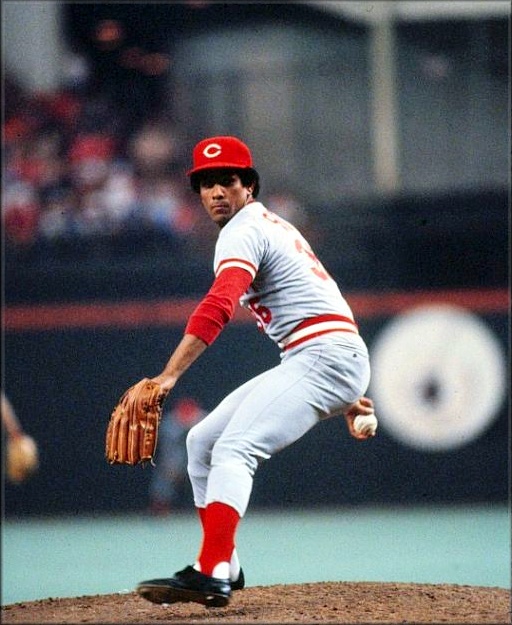 Listen, I’m a fan. If you’re a long-time reader of Redleg Nation, this comes as no surprise to you. Then again, it’s what we have in common and why this community has become so special to me. We’re all obsessed with this baseball team, right?

Similarly, we all have our favorite players. The first guy that really captured my attention was Mario Soto. I remember seeing him on the cover of The Sporting News way back in the 1980s* with Joaquin Andujar, and being amazed that one of the players from the miserable early-80s Reds — a team with whom I had already fallen in love — could be getting national attention.

*You kids will need to find an adult who can explain “the 1980s” and “The Sporting News” to you.

In backyard wiffle ball games, I always pretended to be Soto. Some of those games ended in a fight with my brother, who was the stand-in for Claudell Washington.

In Soto’s final season, I discovered my next favorite player. He was a rookie on that 1988 team. You might remember him: he wore goggles, drove a beat-up Ford Escort, and won Rookie of the Year. Yeah, Chris Sabo. I wasn’t the only teenage Cincinnati Reds fan who was a Sabo devotee in the early 90s. That guy was the GOAT.

(If you’re interested, I wrote an “Ode to Spuds Mackenzie” over at Cincinnati Magazine a year and a half ago.)

After Sabo, Tom Browning was briefly my favorite player before I sensibly landed on Barry Larkin. After Larkin, it was Adam Dunn, then Edwin Encarnacion…then Bronson Arroyo.

By this point, my “favorite player” meant something different than it did when I was 12 years old. Generally, it was a guy who I felt was underappreciated in Cincinnati — Dunn and Encarnacion fit that bill; now it’s Billy Hamilton and Joey Votto. I tend to root for these players precisely because it seems like Joe Fan doesn’t “get it,” not because I want to wear their jersey.*

*Last Reds jersey I wore was a #17 Chris Sabo, I believe. Although I do wear a Malcolm Brogdon jersey to work about once a week. 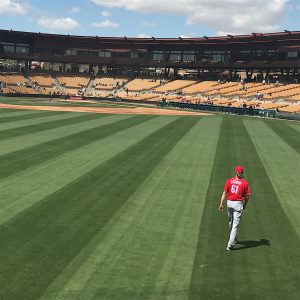 Not so with Arroyo. There are lots of reasons to appreciate Arroyo, but the reason I couldn’t wait to watch him pitch every five days is simple: he was fun to watch. Arroyo didn’t overpower anyone. He had to think on the mound. He changed speeds. He changed arm angles. He outwitted some of the best hitters in the league on the way to a career that will eventually land him in the Reds Hall of Fame.

When Arroyo left after the 2013 season, I wasn’t bummed. It was time and, as I said, I wasn’t a 12 year old anymore, so I understood. It made good business sense to part ways with the crafty right-hander.

So here we are in 2017, Arroyo is 40 years old, and he’s on the verge of making his triumphant return to the scene of his greatest successes in the big leagues (if you ignore that pesky little championship he won while wearing corn rows). When I’m wearing my analyst cap, I have to acknowledge that the arguments against Arroyo on the 2017 Reds roster are compelling.

I’m not going to wear that particular cap today. I’m a fan, and I love baseball — Reds baseball, specifically — and the only reason I follow baseball is because it’s enjoyable to me. It’s a great diversion from the stresses of ordinary life. Baseball is supposed to be fun.

Welcome back, Bronson. Have fun. I know I will. 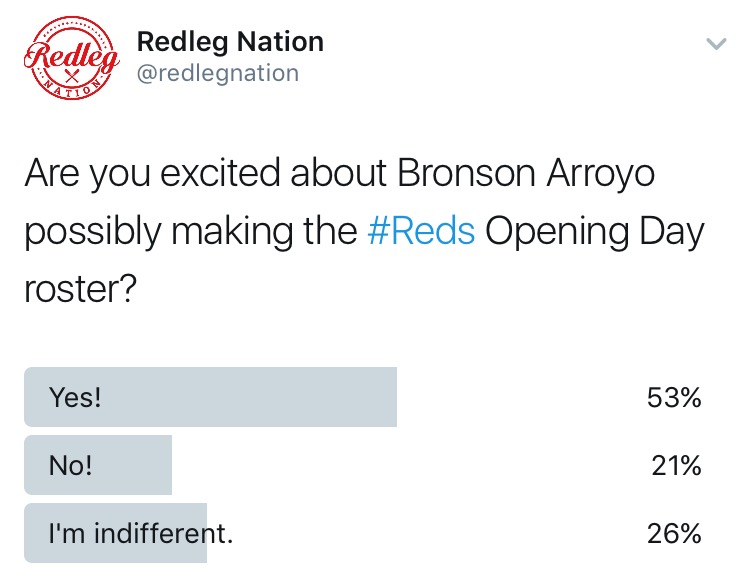