The Reds play Cleveland at Goodyear Ballpark tonight. The game starts at 6:05 p.m. Pacific time, so 9:05 p.m. in Cincinnati. The game will be televised on FSO. Cleveland is the home team. Here’s the starting lineup for the Reds (Mark Sheldon) – almost all the starters. 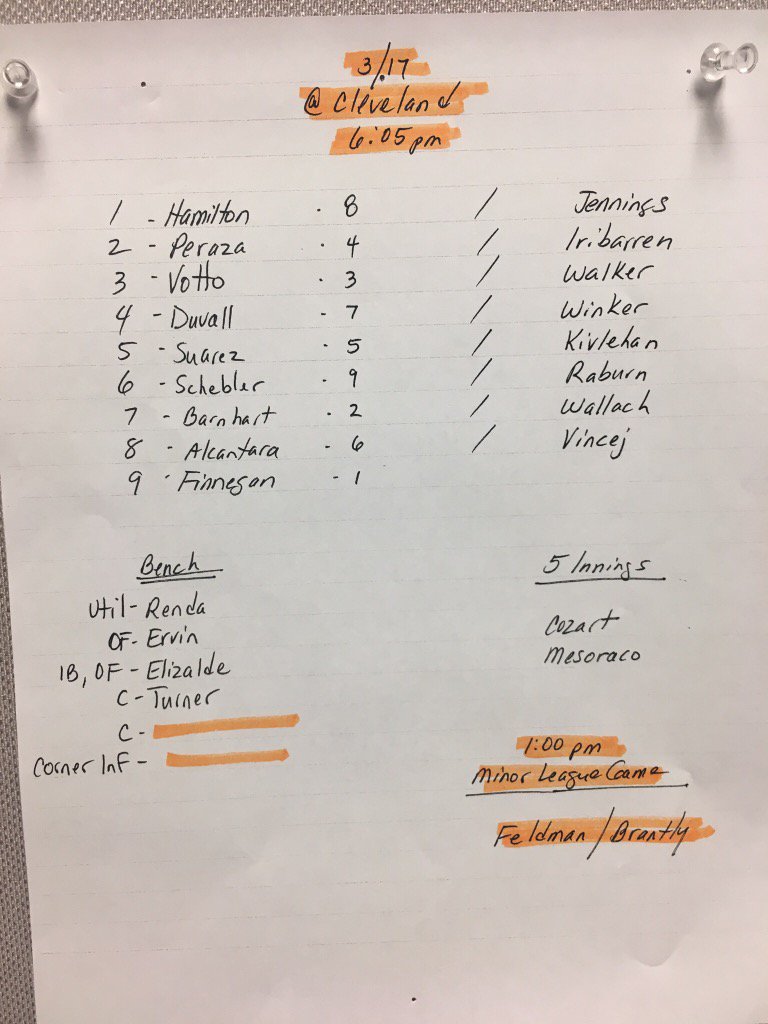 I’ll be at the game. My seat is in the second row near home plate. I’m going to try to get over for the minor league game, this afternoon. I’ll post my thoughts about the game later. You can also follow me on Twitter at @spmancuso.