I’m leaving today for Goodyear, flying from Cincinnati to Phoenix via Minneapolis. It’ll be my first time back in Arizona for spring training since 2010, the Reds maidenÃ‚Â year in the Cactus League. 2010 turned out to be a pretty good season for the Reds. 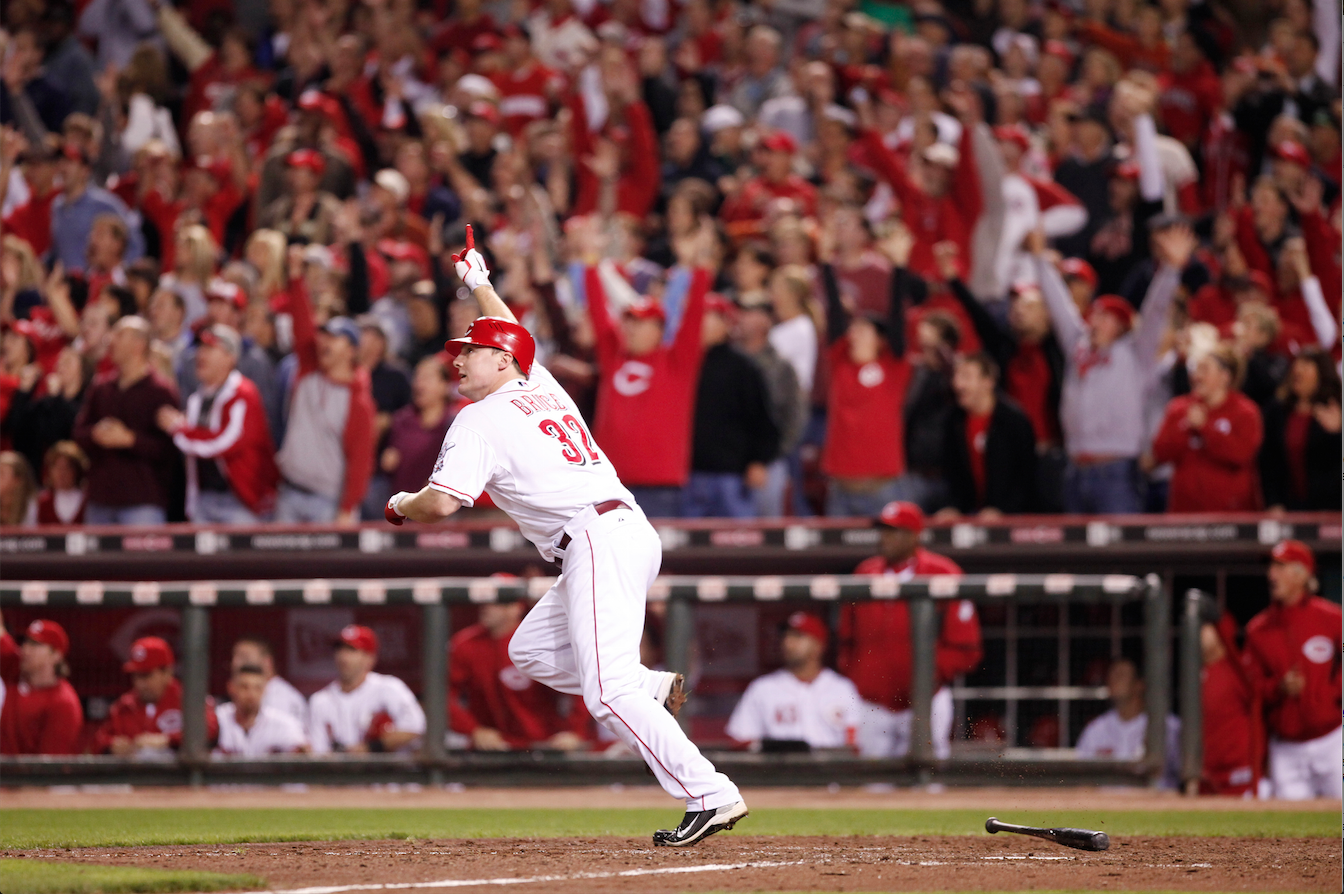 That January, the club had signed a lanky Cuban pitcher who would debut in spring training. I was afflicted with early-onset Chapmania and was anxious to see him. Chapman’s third appearance that spring, the first one I saw, was on St. Patrick’s Day, explaining the green baseball cap. Chapman started (imagine that), pitching 3 innings against Milwaukee, striking out five Brewers.

View from the bullpen – ground zero of Chapmania

Jeff Brantley was sitting behind home plate during Chapman’s start and would stand up to signal every time one of Chapman’s pitches reached 100 mph on the radar gun. 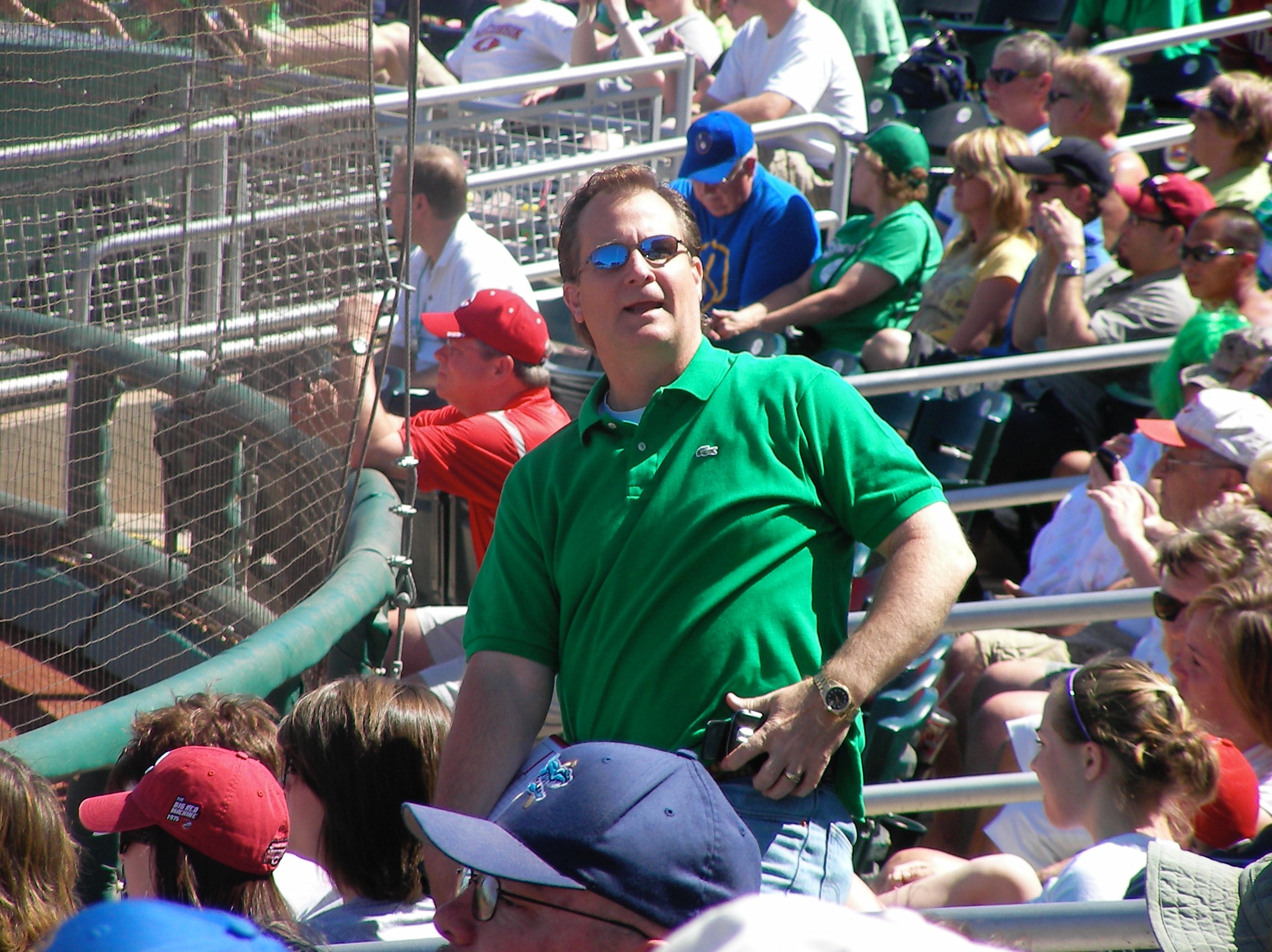 Another newcomer that summer was rookie Mike Leake. 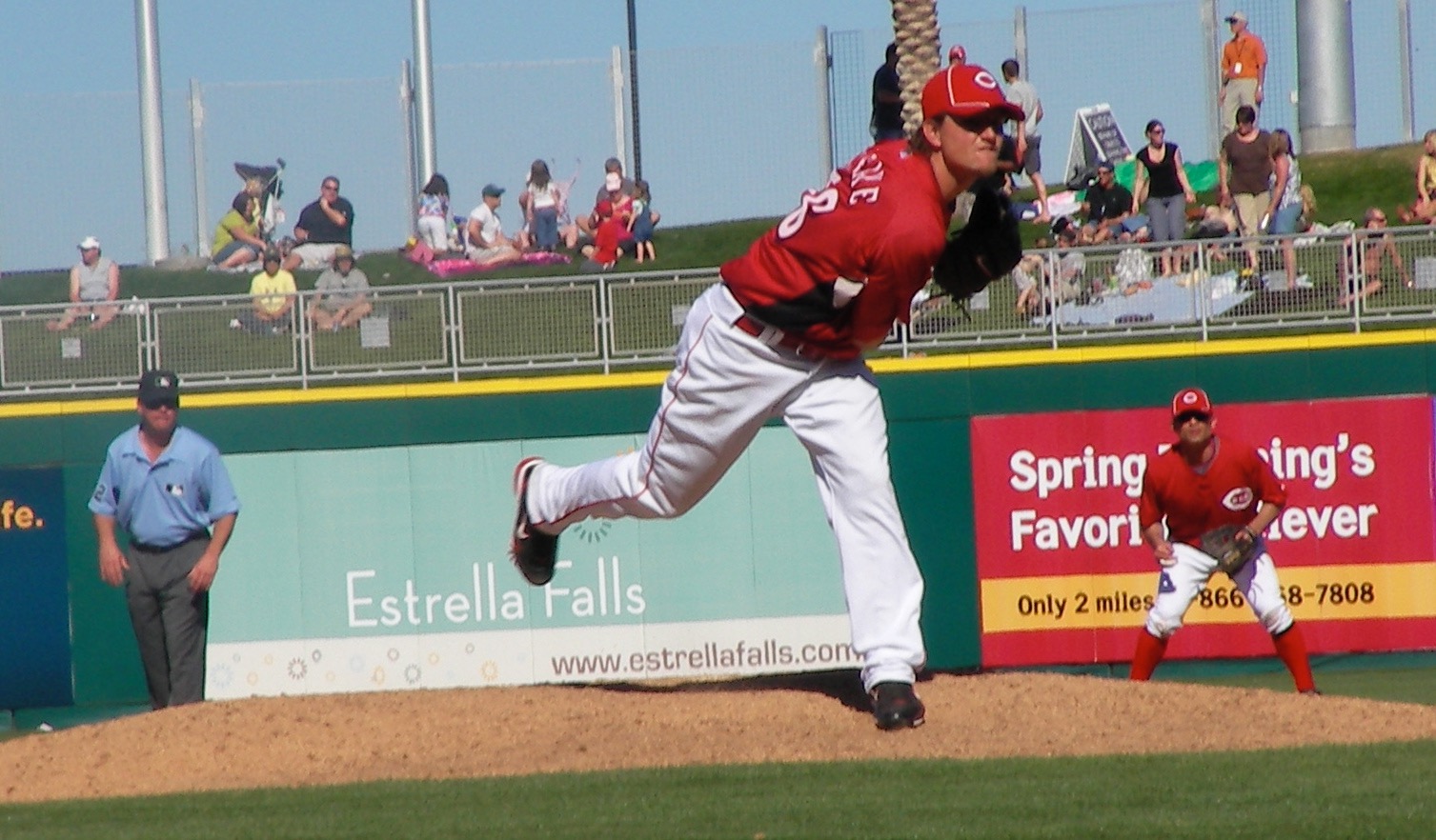 Leakemania not nearly as contagious 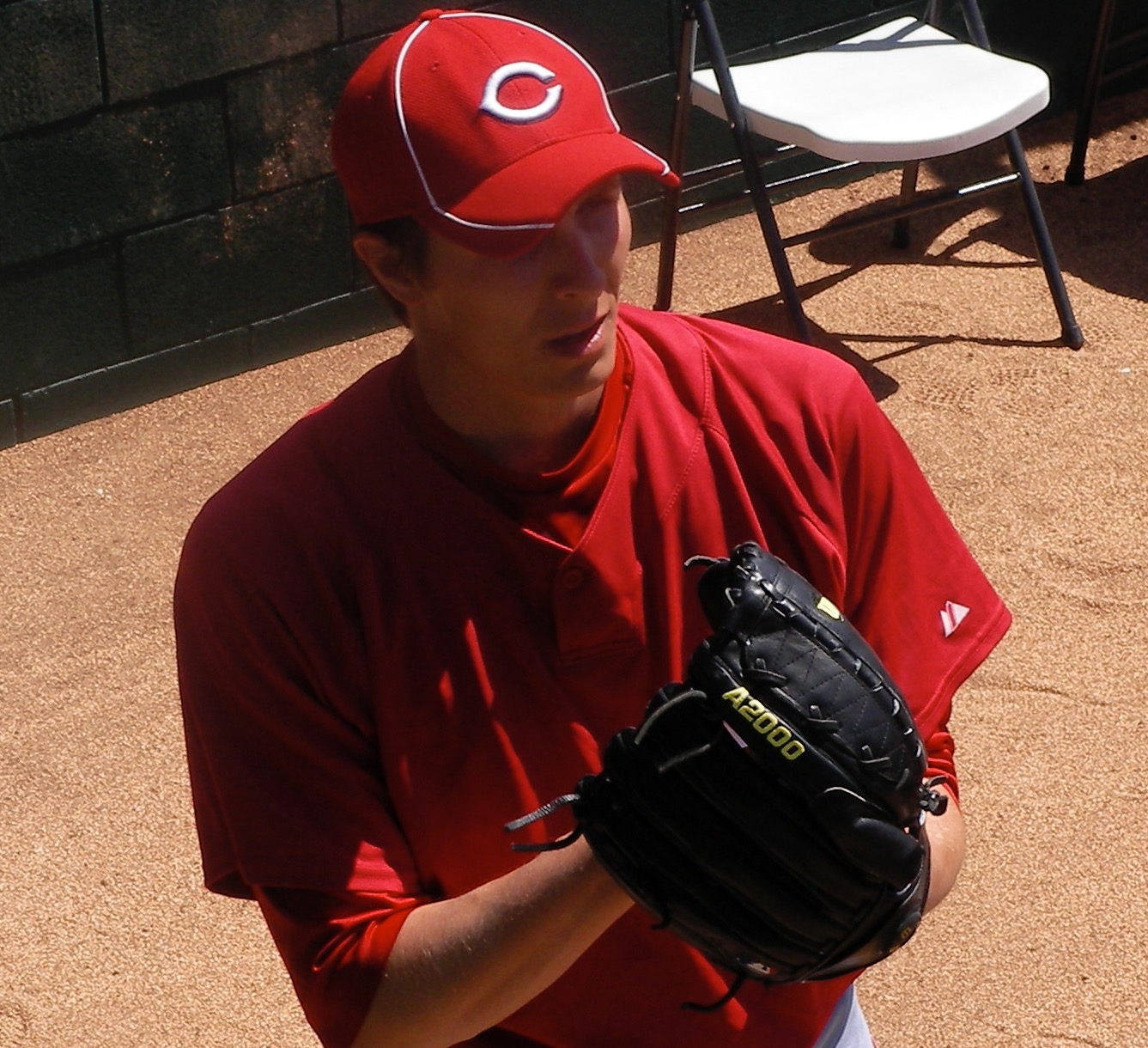 The Reds manager that spring, of course, was Dusty Baker. This turned out to be one of my favorite pictures from the trip. I promise the photobomb by the backstop sign was pure coincidence. 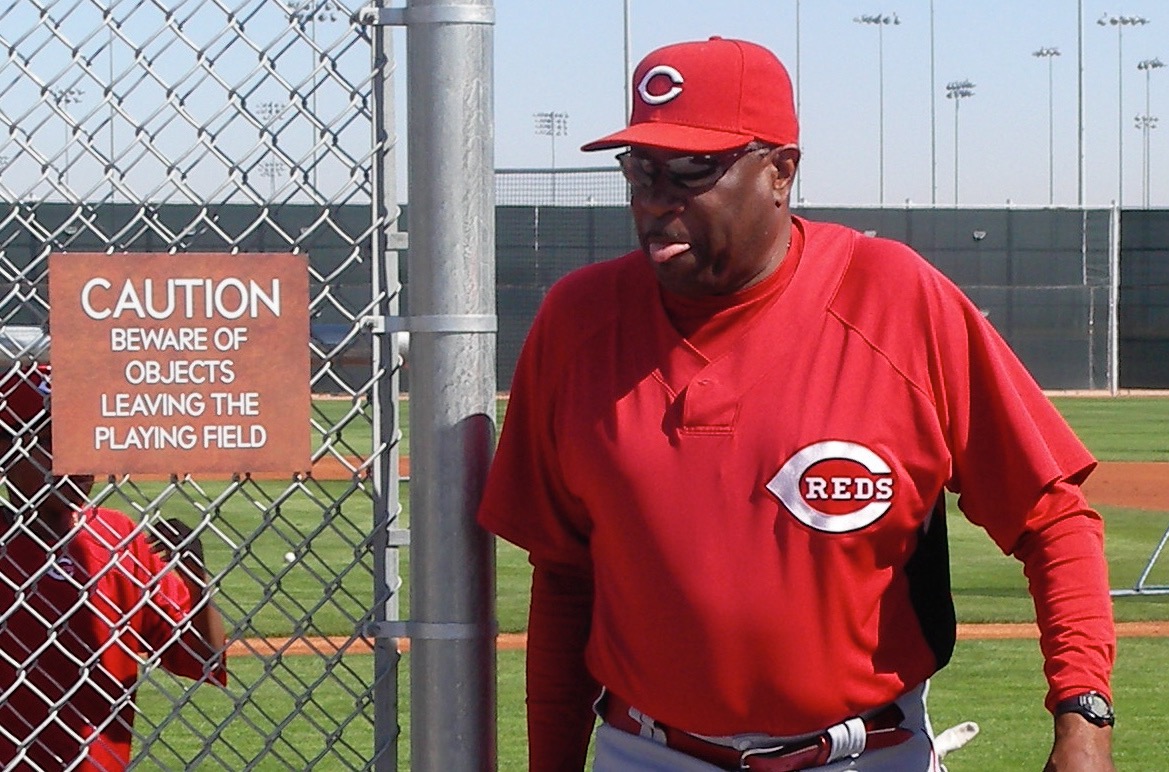 Back to this spring – I’ll be at the Reds games both home and away starting tomorrow with the St. Patrick’s Day game against Cleveland at Goodyear Ballpark. I’m also planning to visit minor league games when I get a chance.Ã‚Â I’ll be in Phoenix until Monday, Mar. 27.

My intention is to share baseball-related observations and photography at Redleg Nation daily. I’ll also be posting thoughts and pictures on my Twitter feed @spmancuso.

Leave a comment below if there’s anything in particular you want me to look for. 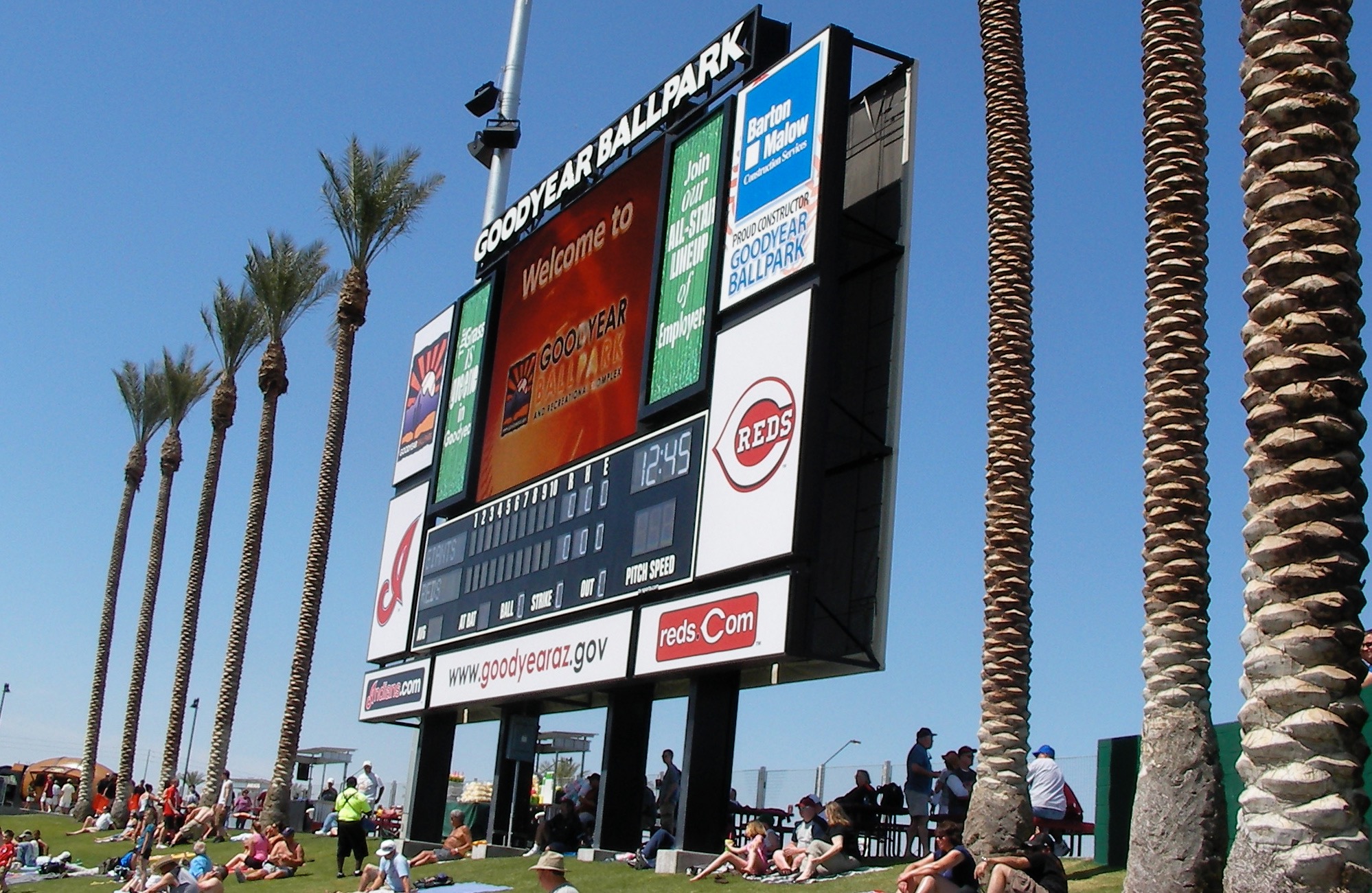