I’m afraid this might be a little dated, given the news we received over the weekend about Anthony DeSclafani’s health, but let’s forge ahead nonetheless.

It’s the time of year when everyone wants to make their projections about the upcoming 2017 season. I’m more than happy to join in on that conversation, as you’ll note:

A personal guarantee, from me to you: The Cincinnati Reds will win no fewer than 81 games this season.

As it turns out, even analysts who aren’t hopeless Reds fans are making projections, and some of them are even somewhat optimistic about Cincinnati’s chances. Take, for example, Baseball Prospectus, who foresees the Reds tying with the Cardinals for fourth place in the NL Central, and only five games behind second place: 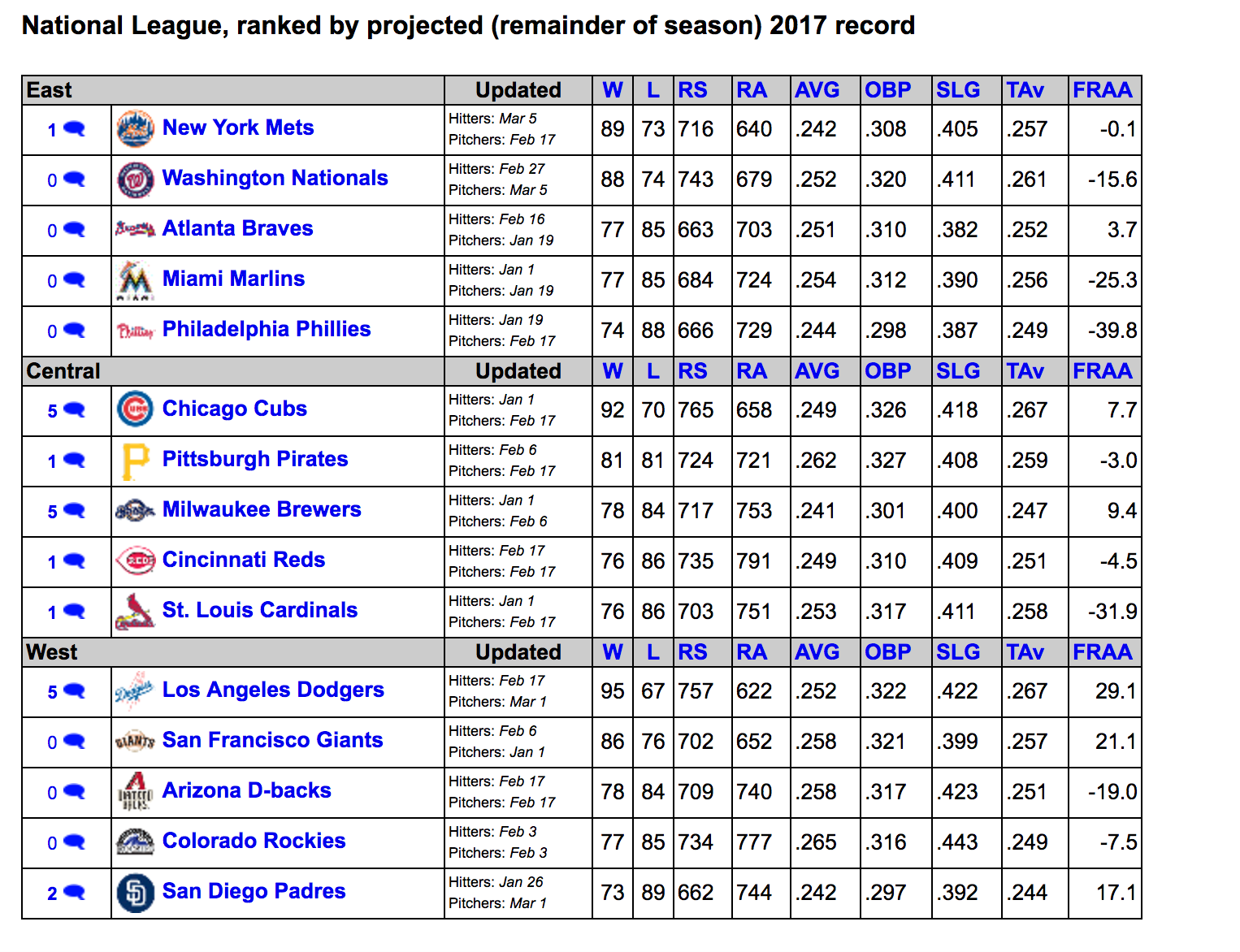 UPDATE: I see that the projection is slightly less-optimistic now, with the DeSclafani news baked in, I presume.

How about FanGraphs? Well, they also have the Reds in a tie for fourth place in their projected standings (tied with the Brew Crew), but FanGraphs only sees Cincinnati winning 70 games.

Finally, we have USA Today, which doesn’t use any fancy computers to make their projections. They talk to people who have eyeballs! And that’s enough for them!

Also, they are the least bullish on Cincinnati’s prospects. But they’re wrong, I tell you! 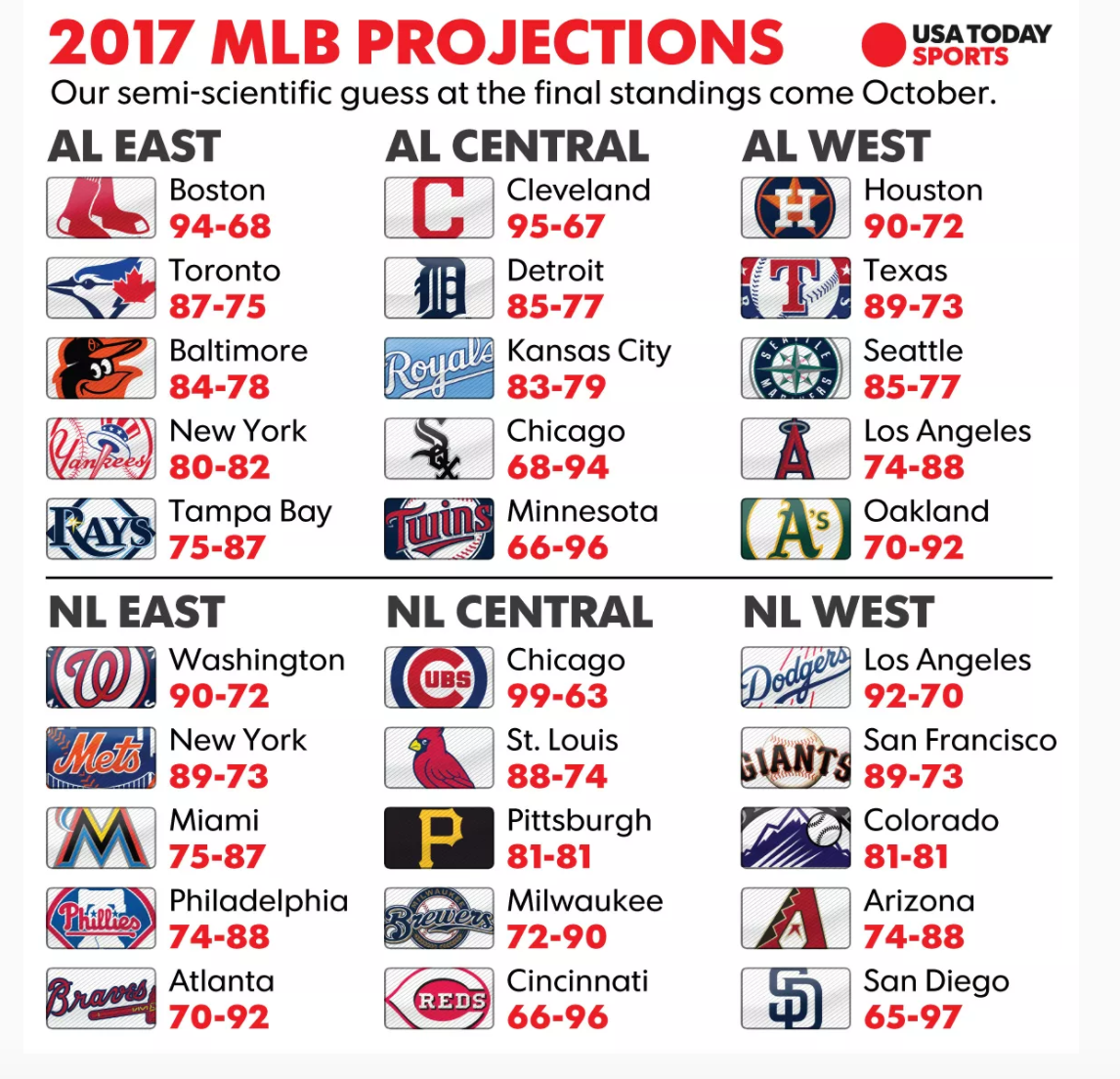 If USA Today can do it, so can we. (As a matter of fact, the tag line for this site should be “Anything USA Today can do, we can do better!”) In the comments section below, give me your prediction for the final regular season record of the Cincinnati Reds in 2017. After everyone has chimed in, I’ll tally them up, average them out, and proclaim the result to be The Official Redleg Nation 2017 Reds Projection or some other similarly-ludicrous title.

Talk to me, Nation.