The Reds finally won a game yesterday, beating the world champs 6-2. The Reds are now 1-6 this spring. Wins and losses are meaningless in the spring (the Cubs went 11-19 last year), and players stats don’t mean much more. That being said, here are some of the early numbers that stand out through the first seven games. 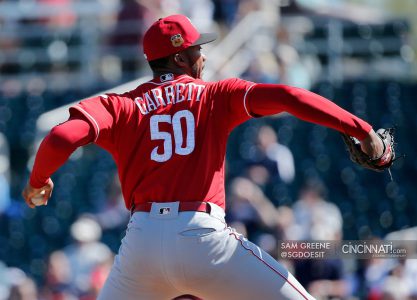 Amir GarrettÃ‚Â has been impressive through his first two starts (4.2 IP, 3 H, 1 R, 1 BB, 4 K). Yesterday, Garrett pitched three scoreless innings against the Cubs (who had Bryant, Zobrist, Heyward, Russell, and Contreras in the lineup). Bryan Price has been impressed with Garrett’s changeup and slider. If Garrett keeps pitching well, he could force the Reds’ hand at the end of the spring (although the Reds would be better off bringing him up in May for service time reasons). 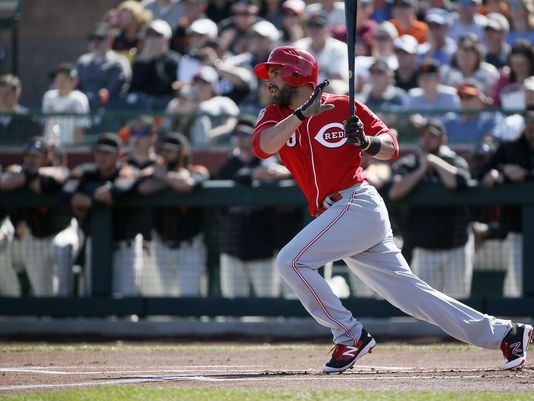 Arismendy AlcantaraÃ‚Â is just 1 for 13, and has already committed 3 errors this spring. He is out of options, so the Reds could possibly lose him if he doesn’t make the club out of camp. A guy who could be looking to take Alcantara’s spot as the utility man is Hernan Iribarren. He is 6 for 12 so far.

Jesse WinkerÃ‚Â is 1 for 11 with 1 BB and 5 K. The best bet for Winker would be probably be to start the season at AAA, and get called up around May for service time. If Winker even wants the Reds to think about that,Ã‚Â he will have to show something. 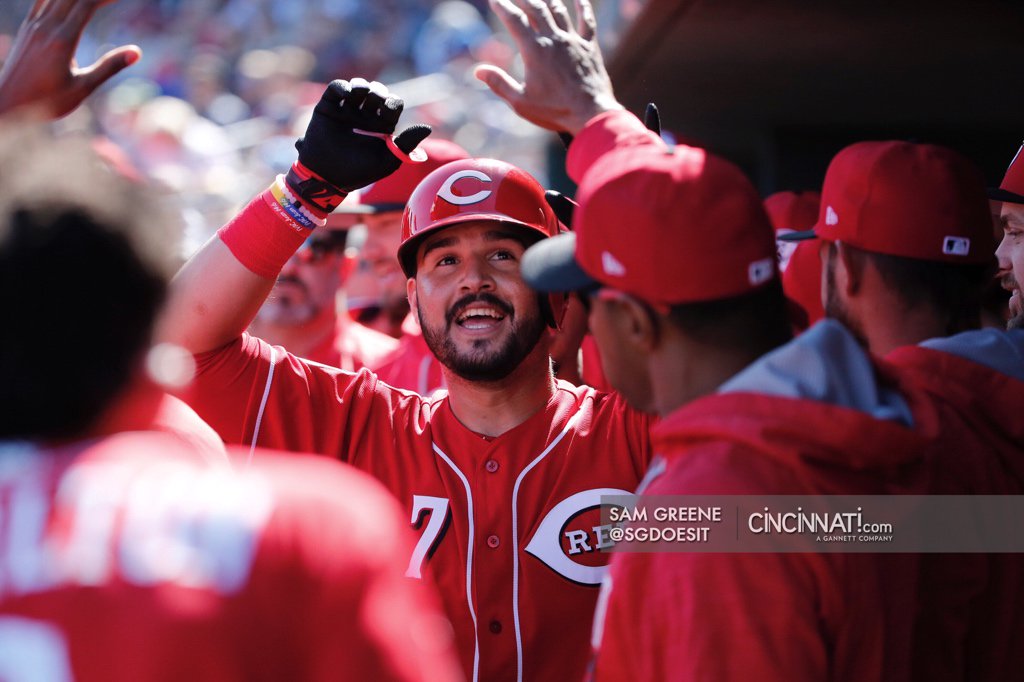 All photos are used courtesy of the Cincinnati Enquirer, and are used by permission.