After yesterday’s heartbreaking loss, the Cincinnati Reds (0-1) return to action this afternoon in a spring training game against their cross-state rival, the Cleveland Indians. The game will be at Cleveland’s spring home…which also happens to be the Reds’ spring home: Goodyear, Arizona.

Today’s game will be broadcast by Fox Sports Ohio (in Cleveland) at 3:00 PM. Marty Brennaman and Jeff Brantley will have the call on 700 WLW. (That’s radio.) 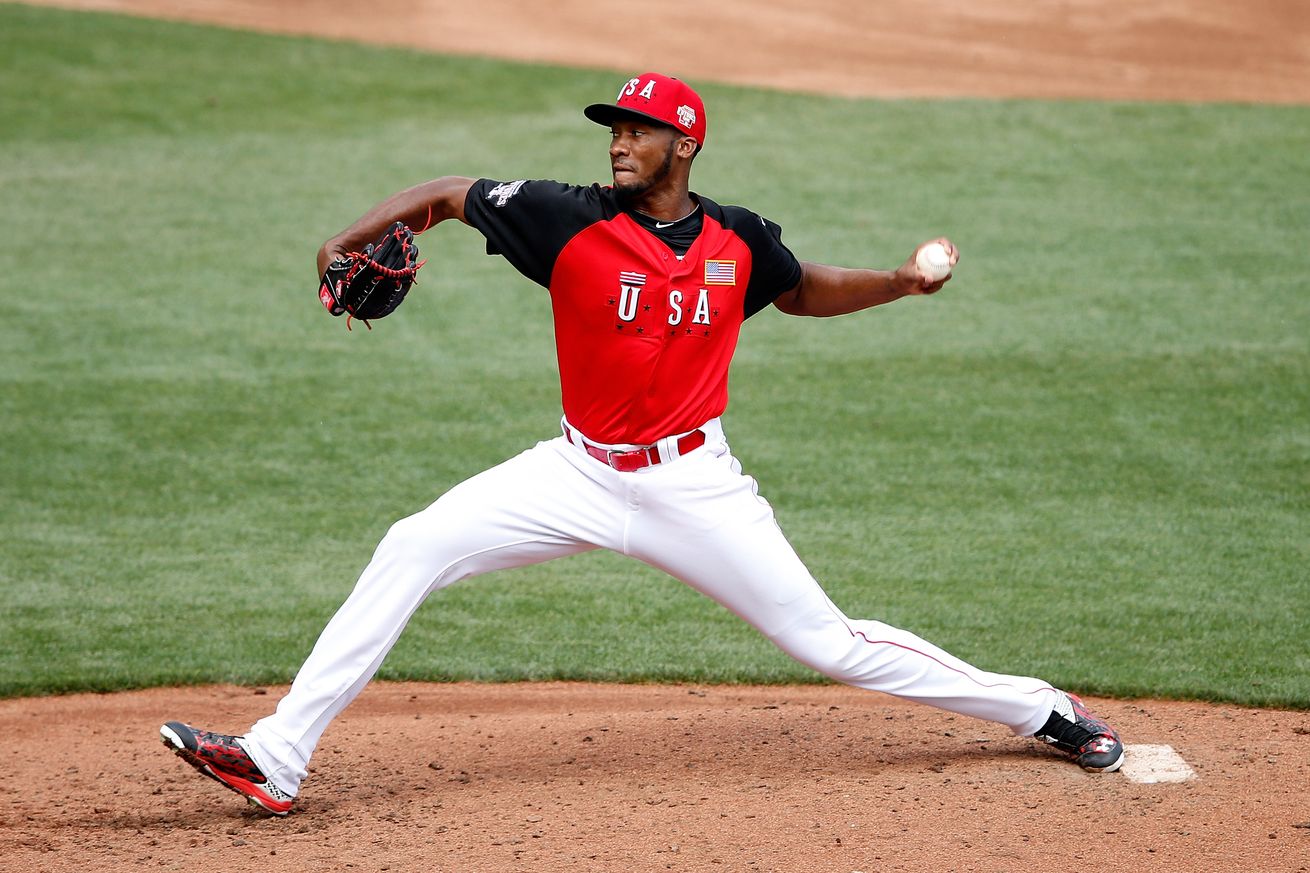 Mega-prospect Amir Garrett will start the game for the Redlegs. Garrett is the #2 prospect in the Reds system, according to MLB Pipeline, and if you listened to our latest podcast*, you know that some people think Garrett has a chance to be the best of the young Reds starting pitcher prospects.

*If you haven’t listened to our latest podcast, what’s the deal? Go subscribe right now!

Garrett was 5-3 with a 1.75 ERA in Double-A last year before being promoted to Triple-A Louisville, where he finished the season. In 11 starts for Louisville, Garrett was often brilliant, but struggled occasionally to repeat his delivery. He has a fastball that touches 97 on the radar gun, and a slider/changeup that have a chance to be pretty good.

If you haven’t seen Garrett pitch, you are missing out. The kid has real talent.

Today will be the spring debut for several important Reds. Billy Hamilton is healthy again, and ready to charge full speed ahead into the 2017 season. Hamilton posted a career-high OBP last year, and he’s poised for a breakout year in his age-26 season. If he can stay on the field.

Watch Joey Votto today and every day that you get the opportunity. He’s special. But there are other guys to watch today. Alcantara moves from center field yesterday to shortstop today, getting a chance to demonstrate his versatility early in camp. It’ll be our first chance to see Jesse Winker in left field; I expect we’ll see him in right field in the near future, as well.

And don’t miss the opportunity to see televised coverage of Dilson Herrera and the Amazing Always-Sore Shoulder.

Hey, baseball is back and that’s an exciting thing around these parts.

The most exciting thing about Reds baseball in 2017 — because, let’s be honest, the Reds probably won’t win the National League pennant — is getting a chance to watch all these young guys start to make an impact on the big league level. Today, we get a chance to see Amir Garrett pitch. To me, anyway, that’s enough to generate some interest in a meaningless spring training game.