Today, the #Reds claimed off waivers from the Pirates RHP Lisalverto Bonilla (#51). pic.twitter.com/aJdJvFxkFb

The Reds have claimed RHP Lisalverto Bonilla off waivers. He was added to the 40-man roster, claiming the last empty spot on the 40-man. Bonilla had been designated for assignment by the Pittsburgh Pirates last week.

Here are the particulars on Bonilla: 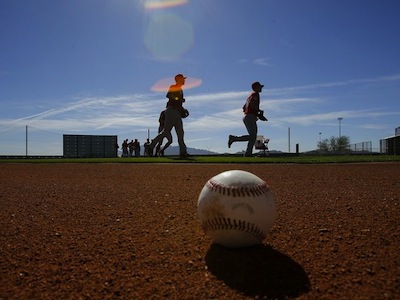 The 26-year-old Bonilla made his big league debut with the Rangers back in 2014 but missed the 2015 season due to Tommy John surgery. Once a fairly well-regarded prospect in the Phillies and Rangers organizations Ã¢â‚¬â€ the Rangers picked him up from Philadelphia in the trade that sent infielder Michael Young to the Phils Ã¢â‚¬â€ Bonilla spent the 2016 season working his way back to health in the DodgersÃ¢â‚¬â„¢ organization. In 111 innings split between the Double-A and Triple-A affiliates of the Dodgers, Bonilla logged a 3.97 earned run average with a 118-to-40 K/BB ratio. In his brief big league stint with Texas back in 2014, Bonilla pitched to a 3.05 ERA and a 17-to-12 K/BB ratio in 20 2/3 innings. The Bucs had signed Bonilla to a Major League deal earlier this offseason.

Doug Gray notes that Bonilla improved markedly after being moved back into the rotation during the second half of the 2016 season. I agree with Doug’s analysis (read the entire thing) that this is an intriguing guy to keep an eye on in spring training. Certainly worth taking a flyer on.