As reported by Ken Rosenthal, the Reds have signed free agent RHP Scott Feldman to a one-year contract:

Source: RHP Scott Feldman to #Reds on one-year, $2.3M contract. Deal could max out at $4.5M with incentives. Has passed physical; deal done.

We’ll have more on Feldman soon, but here’s the initial reaction from some of our writers:

Interesting. He is a better version of Dan Straily. https://t.co/aHvUj0YLCC

Here, you can take a look at Feldman’s career stats. He’ll be 34 next month.

Hopefully, Feldman will be an innings-eater — 183 career starts — and he’s on a 1-year deal. Could pitch out of the bullpen or be the fifth starter. Perfect fit for who the 2017 Reds expect to be, and if he’s good, Cincinnati might be able to flip him at the trade deadline.

I’m okay with it.

Also, he’s not this Feldman: 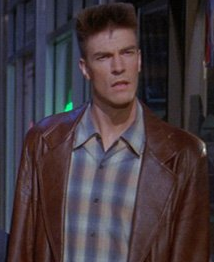