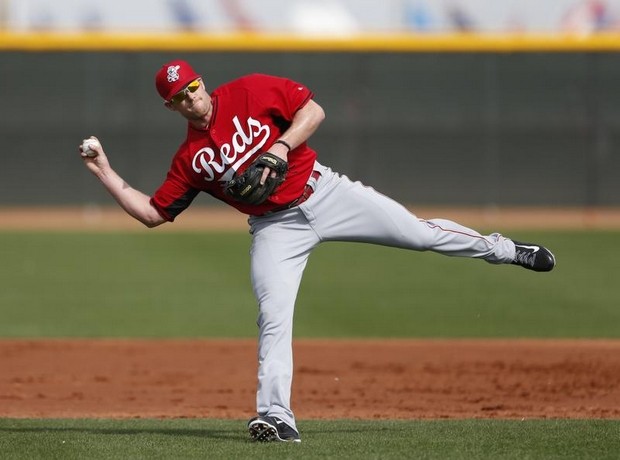 There has been a great deal of talk lately about Brandon Phillips and his refusal to be traded. Much less talk has revolved around Zack Cozart, even though many think both need to be replaced with new young players.

In a way, the decision on what to do with Cozart is much more complicated than what to do with Brandon Phillips. The Reds, essentially, are looking to give Phillips away. Every team is aware that he’s unlikely to be worth his contract. He’s probably a good bet to be just a hair above replacement level. Not so with Cozart.

Over the course of his Reds career, Zack Cozart has played in four seasons worth of games and generated about 10 WAR. That is, he’s been a 2.5 WAR player during his career. 78 position players were worth 2.5 WAR or more last year. Given that there are 30 MLB teams, that’s not that many.

Cozart is entering his age-31 season and, so, he’s likely to decline a little bit. It’s reasonable to call him a 2.0 WAR player in 2017. That’s worth a lot more than the $5M or so he’ll get paid in 2017. And that means he has surplus value that other teams, in theory, should be interested in.

If the Reds, right now, let everyone know that whoever wanted Cozart could have him for a sack of baseballs, he’d be gone. And that would be a terrible trade. However, none of the teams you’d expect to throw prospects at a one-year rental are in the market for a player like Cozart, which makes getting a decent return for him difficult. And there’s your problem.

Barring something unforeseen, the Reds aren’t likely to find a taker in the offseason who’ll provide value for Cozart, meaning their options are thus:

This is a tough call to make. Unlike, Phillips, Cozart is pretty likely to be a good major league ballplayer in 2017. It’s hard to bench good players, even when it might be right for the team. It’s ridiculous to just give good ballplayers away, as well.

I think the most likely scenario is that the Reds enter 2017 with Cozart as their starting shortstop and Jose Peraza as a super-sub wherein each player ends up with four or five starts a week. That’s not particularly satisfying, but it is much more understandable than if the Reds were to open the season with Brandon Phillips playing at second base every day.

Zack Cozart is a good player. He’s nowhere near the perfect player and he won’t get a chance to be on the next competitive Reds team, but that doesn’t mean he should be cut loose, either.