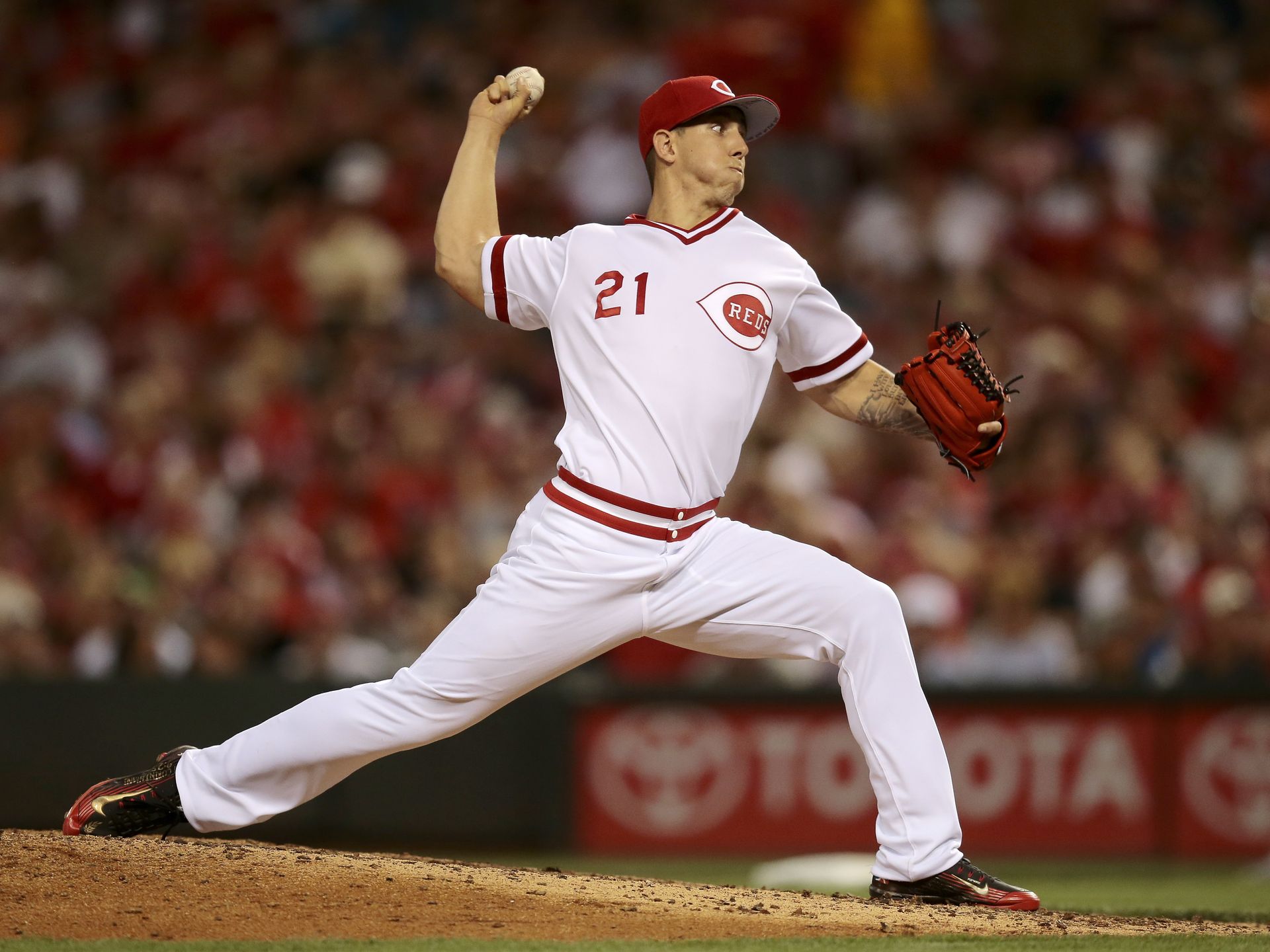 Eno Sarris recently wrote an article on the best pitches of 2016. Quite noticeably, the third best pitch in all of baseball last season was Michael LorenzenÃ¢â‚¬â„¢s fastball. His fastball had slightly better results than former Reds flamethrower Aroldis Chapman. Wow.

Sarris calls this pitch a two-seamer, but itÃ¢â‚¬â„¢s more of a cutter according to Brooks Baseball. WeÃ¢â‚¬â„¢ve covered LorenzenÃ¢â‚¬â„¢s new cutter and sinker extensively on this site. To summarize, they are awesome; he is awesome.

And thus, some of us are completely frustrated with the Reds decision to put him in the pen. I donÃ¢â‚¬â„¢t want to rehash all of that in its entirety. But I do want to add something that confounds me deeply about the decision: the Reds have stated that a number of young starters who donÃ¢â‚¬â„¢t make the rotation this spring could pitch out of the pen this season.

The Reds seem intent on having several multiple inning relievers and will pick from their abundance of young starters in order to do so. ThatÃ¢â‚¬â„¢s not necessarily a bad thing, though they need to be really careful not to limit a potential good starter to a relief role.

The confusing part is that Lorenzen is not part of this group. He doesnÃ¢â‚¬â„¢t get the chance to compete for a spot because the Reds have already deemed him a reliever. ThatÃ¢â‚¬â„¢s beyond strange. As a 24-year-old, Lorenzen has plenty of room to improve his pitches, especially off speed offerings, but his superior hard stuff allows him to succeed while improving other parts of his game.

Now, maybe the Reds are convinced beyond a shadow of a doubt that Cody Reed, Robert Stephenson, Sal Romano, Amir Garrett, Brandon Finnegan, and others are and will be better starters than Lorenzen. Based on what weÃ¢â‚¬â„¢ve seen, I have a hard time believing they know that for sure (fun side exercise: how would you currently rank those guys in terms of future production?).

Maybe Lorenzen has some medical issues that the Reds fear will put him on the DL consistently if he starts. That means they have lied to reporters multiple times about LorenzenÃ¢â‚¬â„¢s health and somehow believe that pitching him as a multi-inning reliever, something that few teams have done in the last twenty years, will protect his arm more than pitching every five days.

Regardless of whether he should be given a chance to start, we need to recognize something spectacular about Lorenzen: in one offseason, he learned and perfected a new pitch to the point that it produced the third best results of any pitch in baseball.

Undoubtedly, that took hours and hours of work. While it happens on occasion, pitchers at the highest level rarely take on a completely new pitch that almost immediately becomes their best offering. Some pitchers find a new grip or arm angle to improve an existing pitch, but a completely new one? ThatÃ¢â‚¬â„¢s extremely unusual.

The velocity of LorenzenÃ¢â‚¬â„¢s cutter is certainly higher out of the pen than in the rotation, though we have no real sample of him using it as a starter. But as such a dominant pitch, itÃ¢â‚¬â„¢s hard to believe that he wouldnÃ¢â‚¬â„¢t have success with it as a starter.

Nevertheless, it appears the Reds can count on Lorenzen to provide value going forward. ThatÃ¢â‚¬â„¢s something we werenÃ¢â‚¬â„¢t sure about after 2015. After 2016, we can now argue about where Lorenzen would provide the most value. The way he did that is quite remarkable. IÃ¢â‚¬â„¢m not sure how anyone could not like this kid.