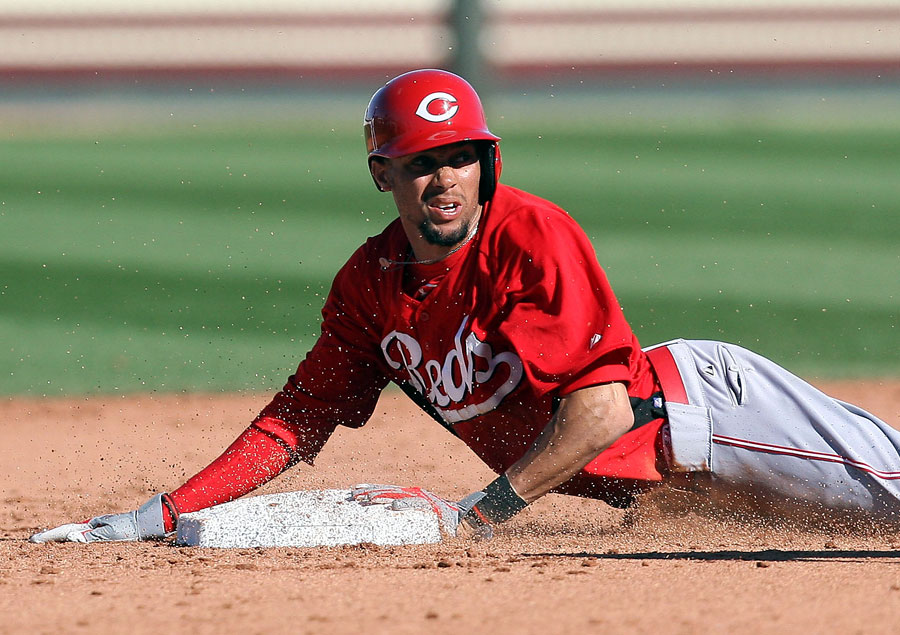 Only problem with doing 2016's most extreme #statcast baserunning moments is that Billy Hamilton breaks everything: https://t.co/TtfwOTZMgT

So, of course, I clicked on the link (I’m a sucker like that). I wasn’t disappointed:

As we did with home runs and throws, we’re going to use StatcastÃ¢â€žÂ¢ to take a look at 2016’s most interesting moments on the basepaths. Why wouldn’t we? Now that we can measure lead distances and run times in ways we’ve never been able to before, the stories start to write themselves.

Immediately, however, there’s a complication: Billy Hamilton. In much the same way that you can’t write about pitch velocity without being overwhelmed by Aroldis Chapman data, this article could very easily be “20 ways in which Hamilton is the fastest man you’ve ever seen play baseball.” Hamilton’s speed is such that he has the fastest tracked times on…

… plus probably about 10 other things, not to mention that he held the record for the fastest home-to-home on an over-the-wall home run, until Adam Rosales took that in the final week of the season, and he made what very possibly was the best catch of the yearÃ‚Â due to his blazing speed. So let’s just agree to agree that Hamilton is the baddest runner around, and do our best to find some non-Hamilton running feats. There are other players, you know.

Go look at the rest of it. Petriello didn’t ignore Hamilton the rest of the way, and there’s some really fun video embedded in the piece.

You know what struck me, however? Who are the three players mentioned in that intro? Billy Hamilton. Aroldis Chapman. Adam Rosales. What do those three have in common?