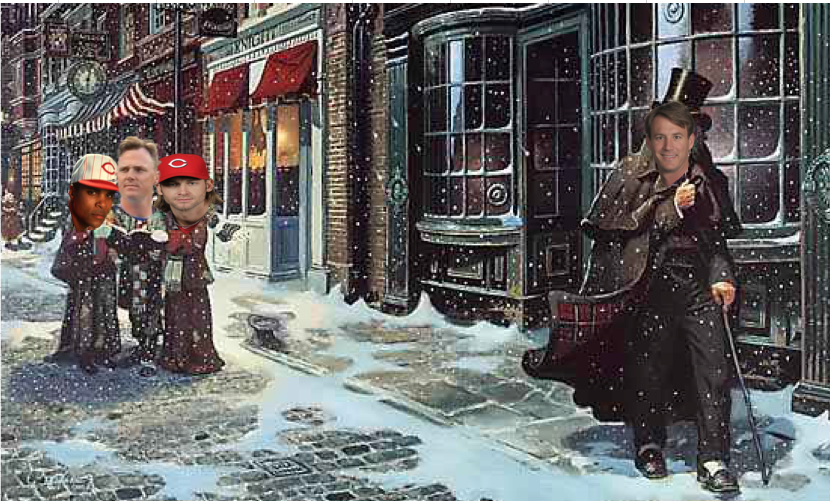 There are only two things guaranteed to make me cry:

1) Listening to the Hamilton soundtrack all the way through; and
2) watching clips of servicemen and women surprising their loved ones for the holidays.

I don’t know what that list says about me or my emotions but I also don’t careÃ‚Â because yesterday both of those things happened and now I’mÃ‚Â just feeling too much and it’s a little hard to write something goofy when there are beads of wetness clouding myÃ‚Â vision.

That was a lot to throw at you right at the beginning of the least serious article you’ll read all year, so please knowÃ‚Â that I am sorry for that. To make it up to you, I’ve created this handy step-by-step guide explaining my current narrative voice:

Conclusion: Gifts are really important, I need to start making packing lists, and how can anyone expect me to write when there is an eleven minute soldiersÃ‚Â returning home compilation videoÃ‚Â that needs to be watched?

Yet someone needs to assign arbitrary gifts for our favorite Reds players and executives this holiday season, so I will answer the call. This is my niche.

The Reds holiday party was pushed back this year not for malicious reasons or because it was anyone’s fault. Everyone just kind of forget. You see, the organization had just become so accustomed to standing pat and waiting for someone else to make their first move that no one realized that the holiday party hadn’t been planned. Jay Bruce had always just taken the initiative in years past. He really enjoyed dressing up as Santa.Ã‚Â Looked forward to putting on the fake beard all year long.

When GM Dick Williams realized that nothing had come together, he sent out an organization-wide memo offering to buy some cider and candy canes to put in the break room theÃ‚Â Friday before the Christmas holiday. No one need bother with gifts. Joey Votto was still a Red after all.

It was a lame attempt at making amends and Williams knew it. He spent a sleepless night scouring his brain for a reliever he could bring in to electrify the holiday party, even toying with the idea of converting a starter or two. Arthur Rhodes? Rob Dibble? That one guy from Oakland who uses both hands? No, no, and double no, he muttered, scratching out his ideas only to rebuild them again. But then, a knock roused him from his reverie.

“Who’s there?” Williams cried,Ã‚Â hearing only the solitary strum from a six-string on the other side.

Cautiously, he opened the door, but the three ghostly figures had already jimmied the window and climbed into his living room. Williams turned to see Barry Larkin, Jay Bruce, and Bronson Arroyo all sitting on his couch. Realization dawned.

“Is this about the holiday party?” Williams asked. “Are you here to show me the error of my ways?”

“I am the Ghost of Reds Holiday Parties Past,” said Larkin. “I am here to show you that the best holiday parties are the ones where the only gift is a World Series trophy.”

“Oh, then you should definitely do a gift exchange. Candy canes are lame,” said Larkin before disappearing with a poof. Bruce, decked fully in his Santa garb, looked from Larkin’s empty seat to Williams, back to the seat and then back to Williams before saying, “The only gift I needed from you, Richard, was an excuse to wear this suit one more time.” He too disappeared with a poof.

Left with just Bronson and his thoughts, Williams slumped onto the couch hopelessly confused. As Bronson absent-mindedly strummed, he began to speak.

“Richard, I find it interesting that your subconscious deemed me to be the Ghost of Reds Holiday Parties Future instead of–I don’t know–one of your minor league players, but I’m not upset. My job then is to show you that this is an important turning point in the Reds organization, and you are the one both players and executives will turn to.

“Don’t listen to Barry, Richard, this team doesn’t need a gift exchange. This team needs you to buy them each gifts and feel that personal touch.”

Sliding his fingers over owner Bob Castellini’s pocketbook and cringing, Williams eeked out a feeble “ok.”

Williams, scribbling furiously, looked up with a crazed look in his eye. “Is there nothing else? That’s only six gifts!”

“And a guitar only has six strings. You’re going to have to learn how to think for yourself eventually, Richard.” With that, Bronson too faded into the night, certain that he would be back soon.

Williams stared at his paper, desperately grasping for more ideas. A vacuum cleaner for J.J. Hoover. A participant ribbon to Joey Votto. A disco ball to Anthony DeSclafani. “No” he yelled, racked by his horrible, horrible dad humor. “None of these jokes are funny! I can’t let them see the light of day!”

Just then, an invisible hand began to write on the paper. It read:

“If you can’t think of anything else to give, just buy some scented candles or peanut brittle or a Target gift card. Maybe go rummage through the bobble-head room. This is an office gift exchange, Richard, you really don’t need to be going crazy because of it.”

Williams, enlightened but exhausted, settled into the armchair for a well-earned nap. He failed to notice when the ghostly hand began writing where it left off.

“One more thing: if Pete Rose tries to crash again, justÃ‚Â give him some tickets to the Reds Hall of Fame.Ã‚Â It usually makes him super happy. And throw in some peanut brittle for good measure.”