With the winter meetings in the rear view mirror, it’s time to take a look at everything Cincinnati accomplished. I hereby present a detailed accounting, with in-depth analysis, of all of the moves made by GM Dick Williams last week: 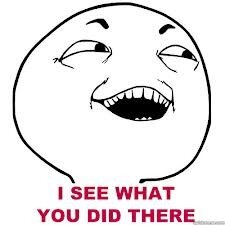 Okay, that’s not quite true. The Reds did participate in the Rule 5 draft, and traded away one of the players selected in said draft. Otherwise, it was pretty quiet. And that’s just fine by me. As Williams said last week:

“We definitely don’t [feel pressure] to do something,” Williams said on Wednesday evening. “We’re working on it. We’ll hopefully get something done. Between now and [Thursday] morning, we may very well not have anything happen.”

Williams believes the dialogue he’s had has been fruitful.

The Reds weren’t going to get Chris Sale. They listened to offers on Anthony DeSclafani, Billy Hamilton, Dan Straily, and others. Maybe something will happen there, maybe not. But short of finding a trade partner for Brandon Phillips or Zack Cozart, I’m not sure what else we could have expected.

2017 is a transitional year. A lot of the pieces of the next competitive Reds team may already be in place. It’s time to find out what we have. If a move comes along that will improve the club for 2018 and beyond, I expect the Reds will pull the trigger. But all along, I’ve expected that next year — the 2017 offseason — would be the time we should expect a flurry of moves. If, in fact, the Reds are serious about competing in 2018, and trying to fill whatever holes remain unfilled by that point.

Plus, it could have been worse:

Would rather have Reds pack up and come home from winter meetings than spend assets acquiring bullpen arms for 2017.