The thing about Votto trade rumors is this: There are no 1Bs in the Reds' system. None. And they haven't shown interest in developing one.

It's almost like they have the best hitter in franchise history at first right now or something.

But, well, at least a few people decided to take issues. The primary point made was that ANYONE can play first. It’s the EASIEST defensive position. They could put Adam Duvall there, or Eugenio Suarez. One person even mentioned Alex Blandino.

In the most basic sense, this is true. First base is at the bottom of the defensive spectrum, so a great many players can handle it defensively without much problem. But that means in order to play there, you need to hit. And I mean really hit. An average first baseman, historically is about 15% better than league average (so a wRC+ or OPS+ of around 115). That number fluctuates from year to year, but you get the idea. Joey Votto had a wRC+ of 158 last year, meaning he was 58% better than the average MLB hitter. His career wRC+ is 157. Here is the complete list of big league first basemen who had a wRC+ higher than Joey Votto’s career average last year:

Okay, what about all players?

So, add to the list one of the greatest players ever and the rare player who actually CAN’T play first base. 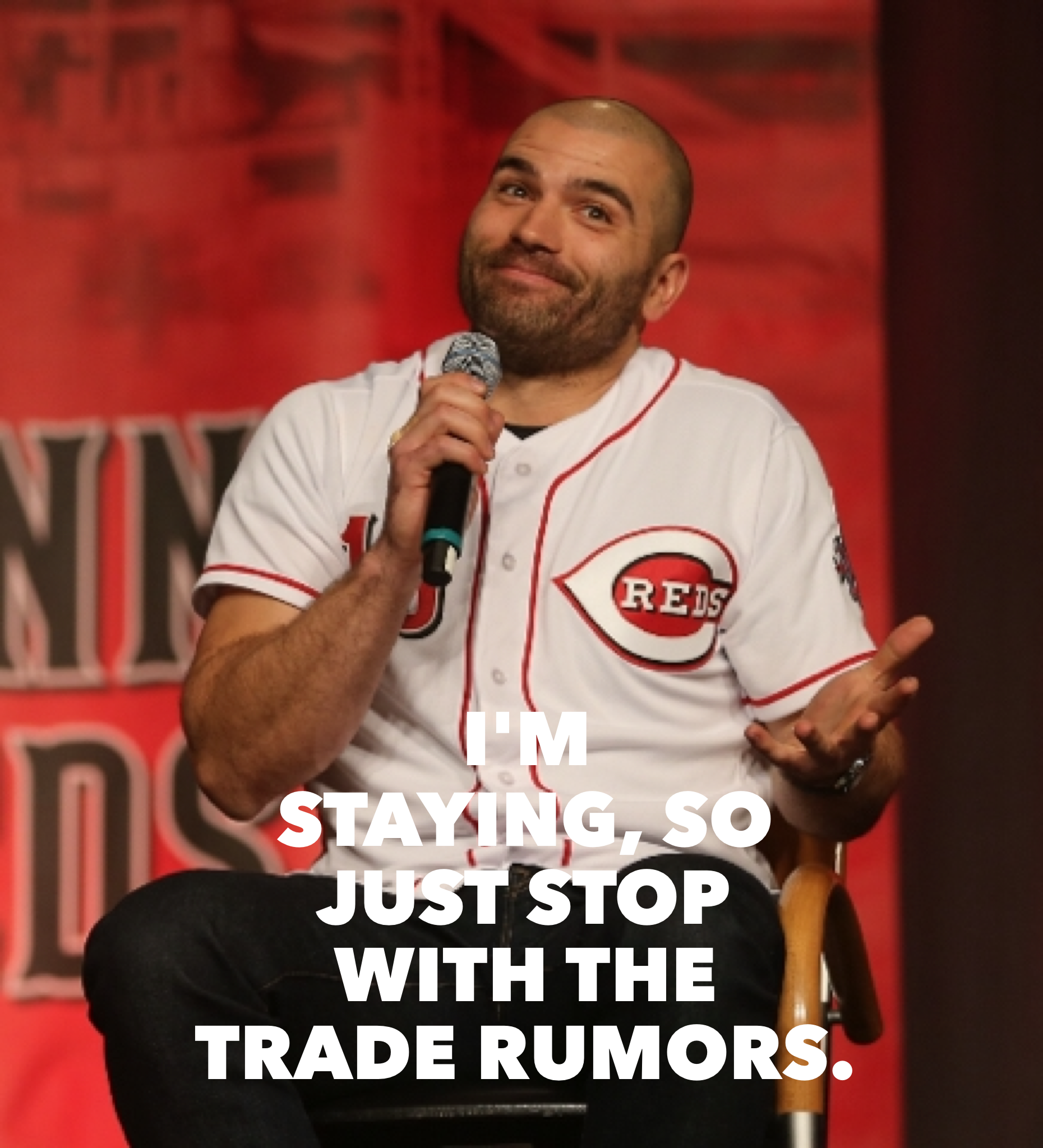 Joey Votto is one of the best hitters in baseball and has been for his entire career. You can’t replace that by sliding Duvall or Suarez over.

In the entire system, the only player I can imagine hitting well enough to play first and be significantly above average at the position is Nick Senzel. And he it still rather new.

Fine. Where are you spending that money? The best free agent hitter on the market is probably who? Dexter Fowler? Fowler is a good player. He’s generated 8 WAR over the last 2 seasons. He’ll probably get something not too far off of Joey Votto money (though his contract won’t be as long). Joey Votto, by the way, generated 12.5 WAR over the last two years.

I am not speaking to everyone here, but there are lots and lots of people out there who still do not understand that, on the free agent market, an average player, right now, is going to cost you $12-15M. An All-Star is going cost $20-25M. Potential MVPs don’t hit the free agent market because teams lock them up early for something close to or maybe a little above all-star money.

Hey, the Reds had a guy like that a few years ago, didn’t they? Joey Votto, right? Did they lock him up?

And like it or not, there isn’t a better way to spend that money. $25M/year is not going to get you better than what Votto will give you. It’s true during the last few years, he’ll probably be overpaid (though, given salary inflation, it might not be by as much as you think), but that is how these deals work. The team gets a ton of surplus value up front and over pays a little on the back end.

And you should be glad because

Players like Votto don’t grow on trees. He’s been in Cincinnati for a long time now and so some fans have gotten used to him, but don’t forget how special he is. He is not easily replaced and if the Reds were to trade Votto, they would be acknowledging that they don’t plan to compete for several years (think 2020 at the earliest).