Since it’s election day in America, I thought it would be interesting to look through the past presidents and see which Reds teams did best under their command. First things first, for the love of Joey Votto please don’t tell us who you are voting for in the comments. Whew, I had to get that one out of the way.

Here is the raw data that I came up with:Ã‚Â Reds-Presidents.xlsx.Ã‚Â Yes, please click on it because it took wayyyyyy longer than I anticipated to compile. From the data you will find, there were/are 24 presidents during the Reds franchise history.Ã‚Â Chester A. Arthur had the best win percentage, but the Reds played in the American Association then, so it’s hard to compare that success with others.

Current president, Barack Obama is actually tied for the most postseason Reds teams. Despite the postseason appearances, the Reds have just a .496 win percentage during his tenure. However, the Reds were rolling under Obama with a .537 win percentage through 2013, then they decided to rebuild.

George W. Bush saw the worst Reds teams of any president since 1953. All eight years that Bush was in office, the Reds finished below .500.

So which president was the best in terms of the only thing that really matters….the Reds success: 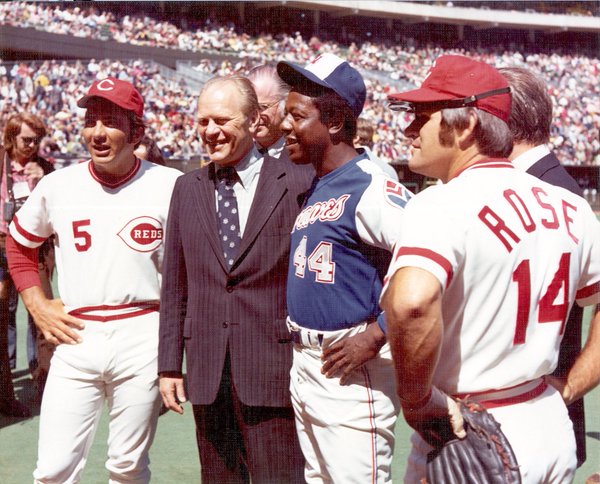 Gerald Ford was only the president for two full Reds seasons: 1975 and 1976. The Reds of course won the World Series both years. Ford took over for Nixon on September 8, 1974 after he was impeached. So, technically Ford is on the hook for one non-World Series winning team, but even that 1974 team finished 98-64. 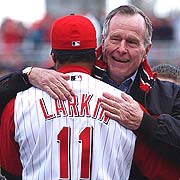