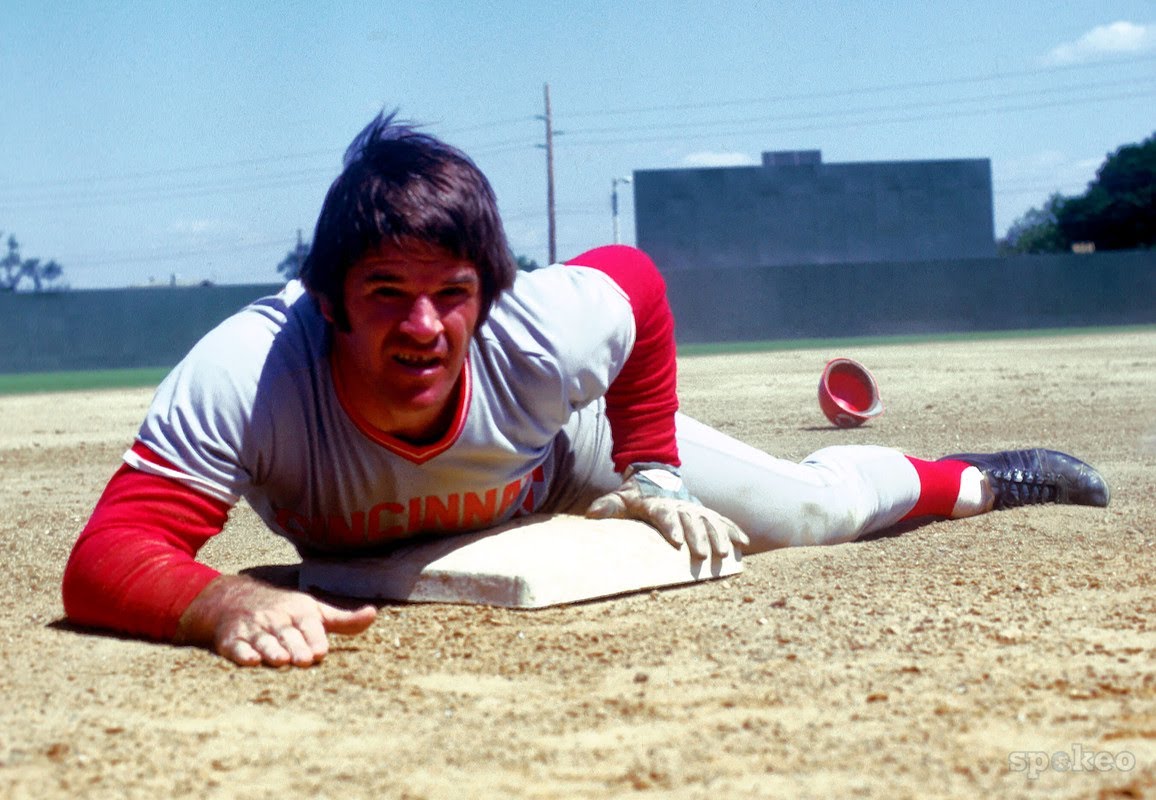 Wanna be part of Pete-a-palooza 2? Get tix for June 17 vs. LAD for the statue unveiling

Next June, the Reds are going to have another glorious Pete Rose celebration at Great American Ballpark:

On the heels of his induction into the Reds’ Hall of Fame this past summer, all-time hits leader Pete Rose will receive another honor next year. The Reds announced on Thursday that a statue of Rose will be unveiled and dedicated outside of Great American Ball Park on June 17, before the Reds play the Dodgers.

The statue will be Pete in a headfirst slide. Could it have been anything else?

I know half of you are sick of Pete, and I get that. I have my own thoughts about Pete, which I shared last summer. I even had a little fun with our buddy Doug on this subject earlier this week (see below), but I can’t argue with any opinion held by anyone about Pete Rose (including Doug’s opinion).

Except this one: we all need to agree that Rose was completely entertainingÃ‚Â as a studio analyst on the Fox post-season broadcasts. If you didn’t enjoy his schtick, well…you’re just wrong. Says me.

Reminder that people think Pete is a hero and that he did nothing wrong.

Also a reminder: People are nuts.

Those 2 comments are related

Pete Rose is a hero and did nothing wrong.