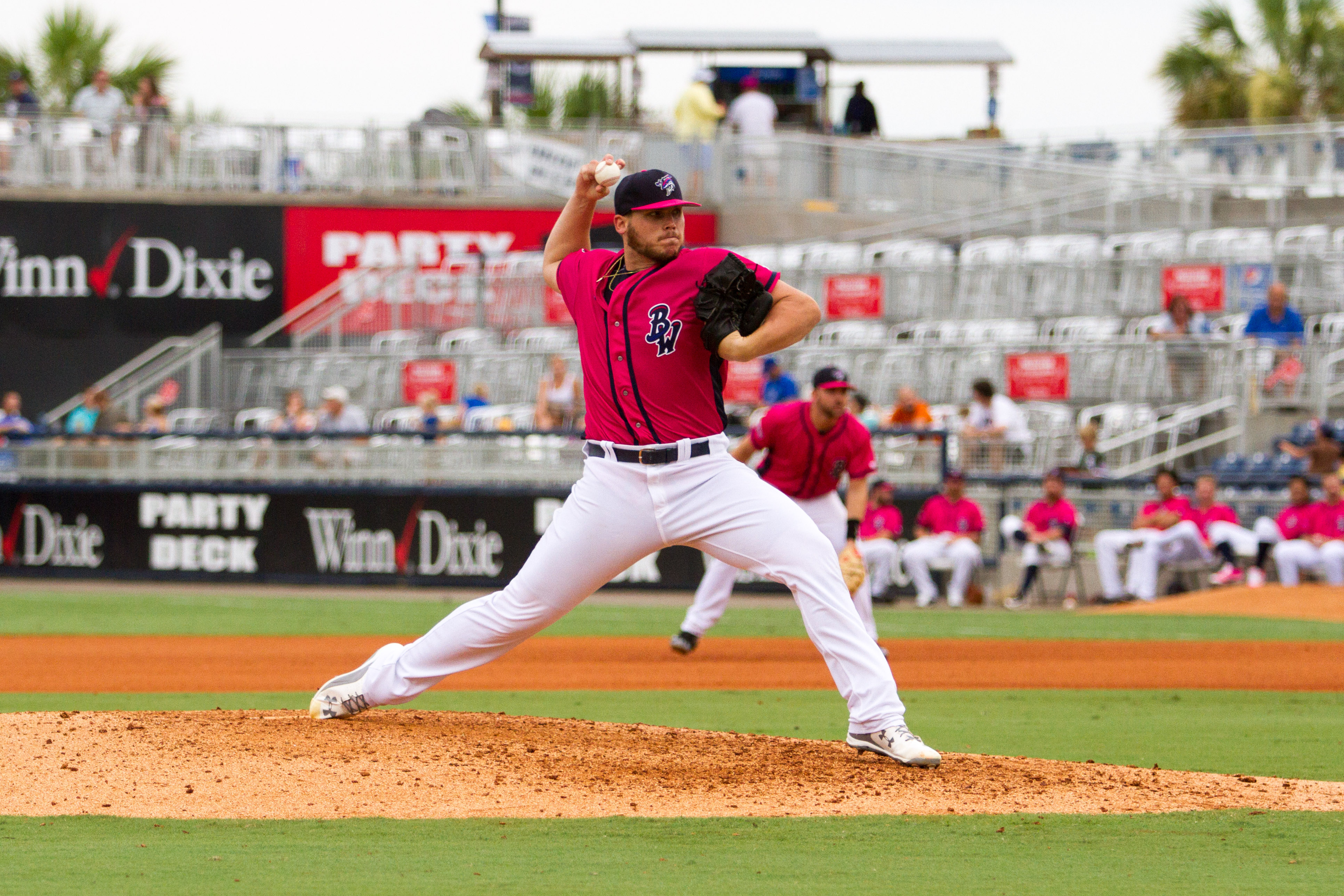 For what it’s worth, Mark Sheldon has a pretty good profile of Rookie Davis over at Reds.com:

“I think he has the makeup, he has the ability,” Triple-A Louisville manager Delino DeShields said of Davis in late August. “I like his presence, his mound presence. A lot of things about Rookie that I like that I’ve seen, but there’s still some room to grow.”

In 19 starts for Double-A Pensacola, Davis posted a strong 2.94 ERA, enough to earn him an August promotion to Triple-A Louisville. In Louisville, Davis didn’t find the same level of success, however, putting up a 7.50 ERA in five outings (four starts).

Read the entire thing; lots of good quotes. (Also, check out Jason Linden’s interview with Rookie for Redleg Nation back in August, after he was promoted to Triple-A.)Ã‚Â (Edit: Here’s the upbeat scouting report I did on Davis right after the trade. — Steve)

Davis has performed pretty well since coming over to the Reds in the Aroldis Chapman trade, but there’s the rub: he’s the guy (not the only guy, but the main guy) Cincinnati received in exchange for the Cuban Missile. Davis will always be known as that guy, until he establishes himself as a big leaguer.

And he just might establish himself. Davis has real stuff, real potential, and I could see him working his name into the mix for the 2018 starting rotation. Selfishly, I really hope he succeeds, because I can’t wait to hear all the lame puns and dad jokes that are made about that name, Rookie, once he emerges onto the big league scene.