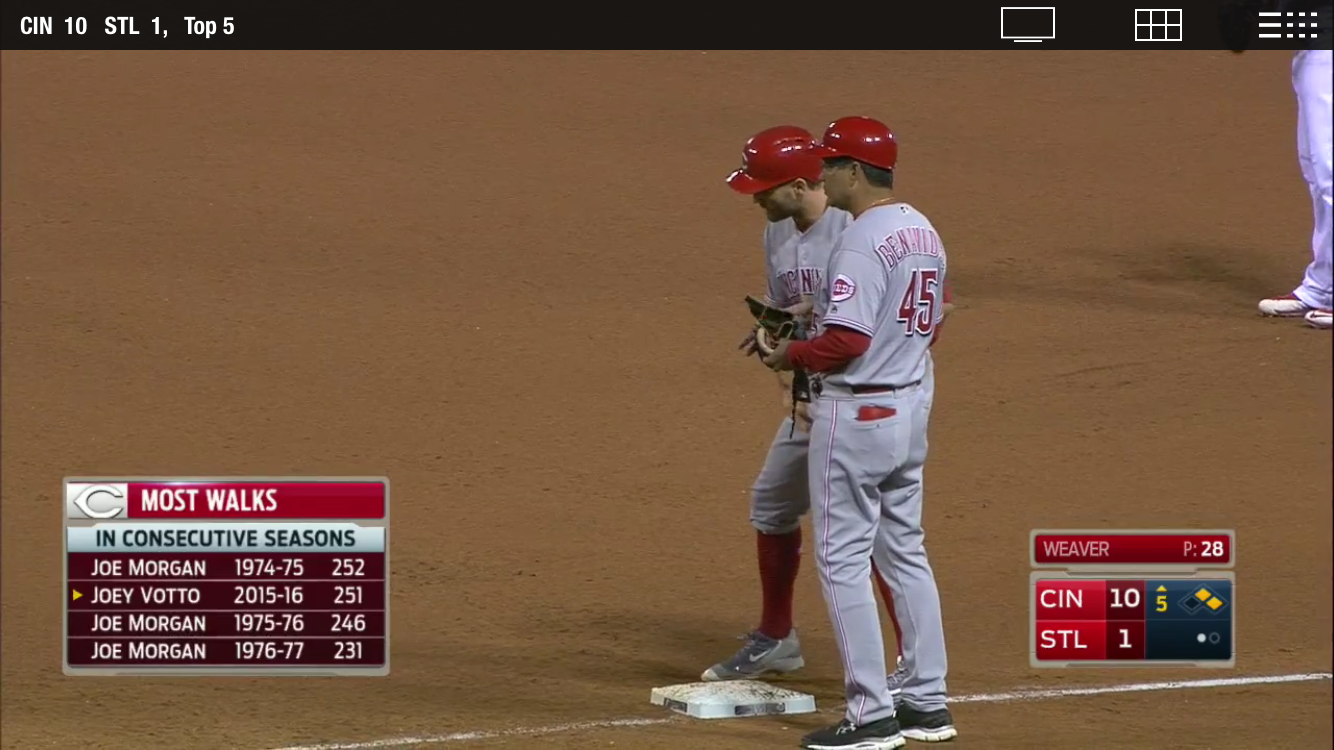 The Good
–Outstanding start by Tim Adleman, who gave up two runs on four hits in seven innings.

–But the story of the night was the offense. Where do we start? I guess with an amazing 15 runs on 22 hits. Individually:

–The Reds got started with a couple of runs in the first on back to back home runs by Votto (his 27th) and Duvall (his 32nd). Duvall would add his 33rd in the fifth inning, a 3-run shot. That home run gave Duvall 100 RBI on the season.

–In the fourth inning, twelve Reds batted, and they scored seven runs on eight hits. Selsky and Barnhart had two hits apiece in just that inning.

The Bad
–Move along, nothing to see here.

Not-So-Random Thoughts
–The Reds are pretty clearly the best team in the history of baseball. Baseball is fun.

–We had to wait until the final week of the season, but we finally had the biggest offensive outburst of the year.

–Steve asked the above question before the game. I guess the Reds prefer to knock the Cardinals out of wild card contention.

–Adleman retired the first ten hitters of the game; his seven-inning stint was the longest of his career. It’s fun when a Reds pitcher pitches well and the Reds are ahead 10-0 before the Cardinals even get their first hit.

—As our buddy Wick said, this is the last Monday with Reds baseball for a long, long time. That makes me sad.

Selsky and Barnhart are the third and fourth Reds this season with 2 hits in n an inning (Bruce, Votto).