There are less than 40 games left for everyone in the division except the Pirates (they have 39 games left). The Cubs now have a 99.9% chance of winning the division according to Fangraphs. The Cardinals currently hold the second wild card spot, and the Pirates are 3.0 games behind them.

I’m sure you already know this, but the Reds are rolling. The Reds are 21-13 in the second half, which is tied for the second best record in baseball behind the Cubs (25-10). The Reds and Brewers are now tied for last in the division, and it will be interesting to see how those two teams finish 2016. 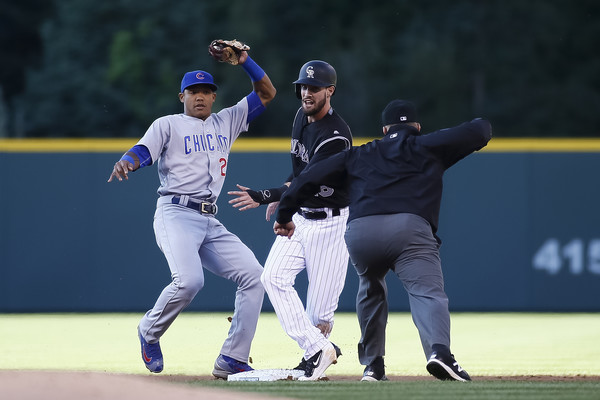 The Cubs did lose two of three over the weekend in Colorado, but still are in full command of the NL Central. The Cubs 78 wins are five more than any other club in baseball.

Cubs SPÃ‚Â Kyle HendricksÃ‚Â took over the MLB lead in ERA over the weekend.Ã‚Â Clayton KershawÃ‚Â had the lead for the majority of 2016, but because of his time missed on the DL he no longer qualifies. Hendricks has been incredible for the Cubs in 2016, as he has a 2.16 ERA/3.45 FIP. It leads to the way-to-early-question of who should start for the Cubs in Game 1 and Game 2 of the NLDS? Could Hendricks get a nod over last years Cy Young winner Jake Arrieta (2.75 ERA/3.33 FIP) or veteran Jon Lester (2.86 ERA/3.76 FIP)? I guess that is a pretty good problem to have.

The Cubs did have a couple key injuries this week.Ã‚Â Chris Coughlan, John Lackey, Hector Rondon,Ã‚Â andÃ‚Â Joe SmithÃ‚Â were all placed on this DL this past week. The Cubs are very hopeful all of those guy will return this season. The Cubs also were forced to give closerÃ‚Â Aroldis ChapmanÃ‚Â two days off this weekend after blowing his second save with the Cubs on Friday night. Chapman admitted to suffering from fatigue after appearing four times in four days, including in both games of a double-header on Tuesday. The good news for the Cubs is that with their huge lead in the division, they’ll have plenty of chances to rest guys down the stretch before the postseason. 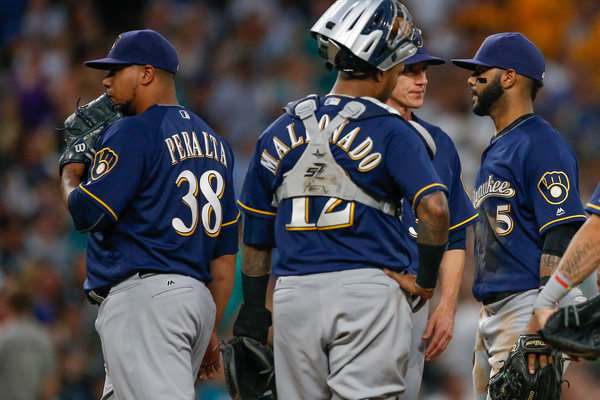 The Brewers have lost 6 of 7, and are now tied for last place in the division with the Reds. However for the Brewers, it all comes down the future. The rosters will be expanded soon, and James Hutterer of Brew Crew Ball wrote about three players to watch:

3 Preferred September Callups (with the trade deadline in the rear view mirror, here are 3 guys IÃ¢â‚¬â„¢d like to see in Milwaukee when September 1st rolls around):

1) Lewis Brinson: Acquired in the Lucroy trade, Brinson was immediately placed in AAA Colorado Springs and hit the ground running. He has seemingly passed Brett Philips on the CF depth chart of the future. There is no one on the major league roster blocking him for starts in center if he is called up in September. He will most likely not start everyday as theyÃ¢â‚¬â„¢ll want to bring him along slowly. However, the last month of the season will be a good audition period to see how he will fare against major league pitching.

2) Andrew Susac: Acquired in the Will Smith trade, Susac comes with much less fanfare than Brinson but was also placed in AAA. Carrying three catchers is not unheard of in September and Susac will likely get the call. He is considered an offense first catcher. It will be interesting to see how he performs in September. At the very least, Susac should be in the mix for a roster spot next spring either as the starter or backing up Martin Maldonado.

3) Josh Hader: He has struggled in Colorado Springs, but so does seemingly every starting pitcher. Hader appears to be the starting pitcher prospect that is closest to breaking through to the big club in Milwaukee. Even if thereÃ¢â‚¬â„¢s no spot available for him in the rotation for a spot start in September, itÃ¢â‚¬â„¢d be nice to bring him up to pitch out of the bullpen. If nothing else, giving him that major league experience for a few weeks will be invaluable as he could crack the starting rotation as early as next season. 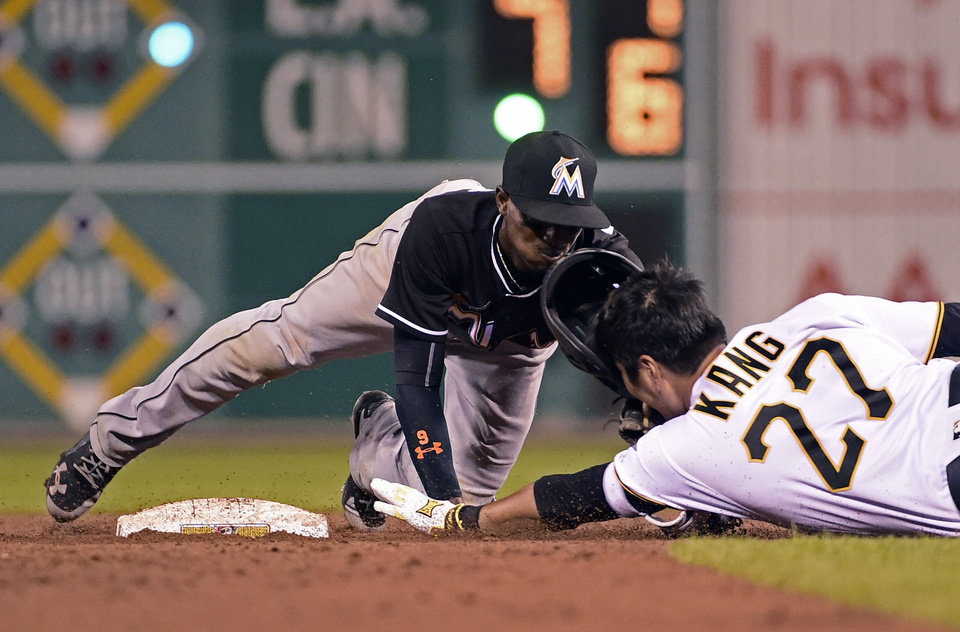 The Pirates had a big sweep in San Francisco against the Giants to begin the week, but they were disappointingly swept at home by the Marlins over the weekend. The Pirates are now 3.0 games back from the Cardinals for the second wild card spot, and the other team ahead of them is those Marlins (+1.5 games).

The Pirates lostÃ‚Â Jung Ho KangÃ‚Â again the DL this past week. Kang injured his left shoulder. Kang began his season strong when he returned in May, posting a .915 OPS. He then put up an .835 OPS in June, but fell off the map in July with a .505 OPS. He was just picking things back up in August, and had a .992 OPS for the month. 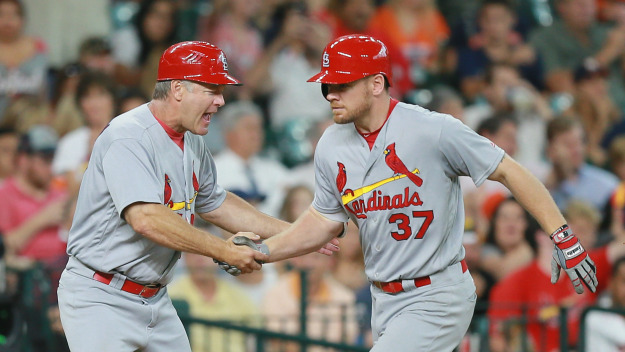 The Cardinals still have a bunch of guys on the DL that they are hoping to get back soon, including Matt Adams, Aledmys Diaz, Matt Holliday, Trevor Rosenthal, Michael Wacha, and Jordan Walden. One guy they didn’t think would have any chance of coming back in 2016 was Lance Lynn, but he is trying to pull an “Adam Wainwright.” Lynn just made his second rehab start, and all signs are good so far. Lynn only threw 36 pitches, and with just two weeks left in the minor league season that means he could run out of time. It’s probably more likely if he appears with the Cardinals this season it would be in the bullpen, but that could still have very valuable for the Cardinals.

Despite all of those injuries, the Cardinals have somehow still won 6 of 7, and currently hold the second wild card spot (+1.5 games over the Marlins). The Cardinals are 1.5 games behind the Giants for the #1 spot.