Jose Fernandez entered play today as one of the most dominating pitchers in baseball, and one of the toughest to hit a home run against. Fernandez 0.65 HR/9 is good for the 7th best in the majors.

Cabrera ripped a three run bomb in the second inning off one of the best pitchers on the planet. It was his first home run of 2016. The Reds added two more runs off Fernandez, and chased him after just four innings. The Reds bullpen was shaky, but Raisel Iglesias finished off the Marlins in the 9th for 5-4 win. The Reds took three of four from the Marlins, and have now won eight of ten series to begin the second half of the season.

According to FangraphsÃ‚Â WPA statisticÃ‚Â (winning percentage added), the most important play of the game was Ramon Cabrera’s 3-run home run off Jose Fernandez with 1 out in the 2nd inning, giving the Reds a 3-0 lead (video).Ã‚Â That play increased the Reds chances of winning by 22.5% (from 59.0% to 81.5%). 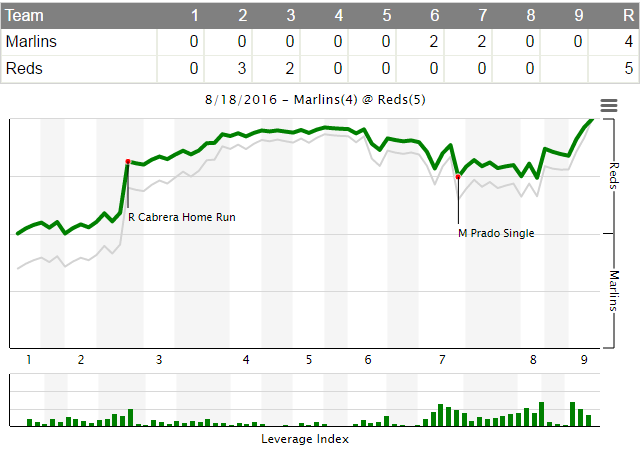 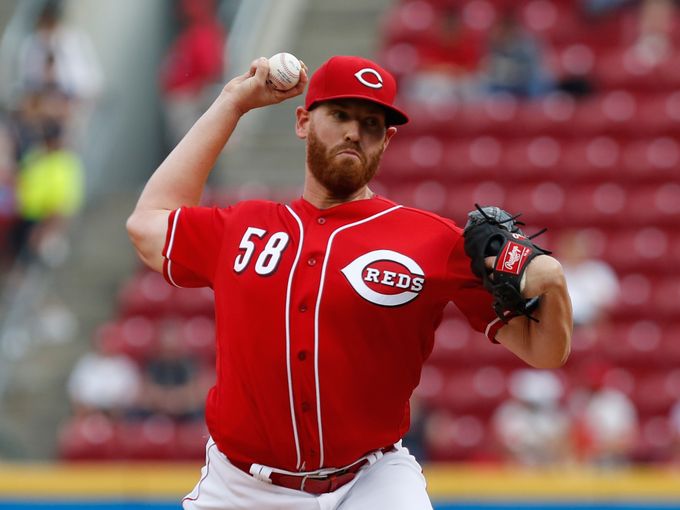 Just another nice start from Dan Straily. In his last 3 starts, he has 17 strikeouts and ZERO walks. That is flat out getting it done. 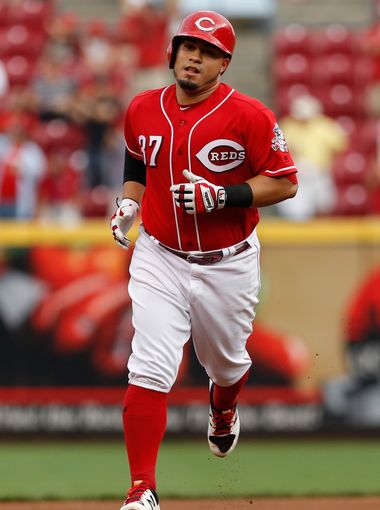 Big night forÃ‚Â Ramon Cabrera.Ã‚Â He had two hits on the night, including the big three run bomb off Jose Fernandez (video). That had to feel really good for Ramon.

Blake WoodÃ‚Â got out of Jumbo Diaz mess in this 7th inning with a big strikeout. He also pitched a scoreless 8th inning.

Joey Votto‘s hit streak might have come to an end at 8, but he did walk twice (once was intentional). Votto has now reached base in 30 of his last 31 games. Votto also made a really nice defensive play in the 1st inning (video). Votto has looked much better defensively of late.

Eugenio SurarezÃ‚Â had an RBI double (video), and also made a really nice catch reaching into the stands (video).

Billy HamiltonÃ‚Â is so freaking fast. He tagged up from second base on a fly ball to center, appeared to bait Marcell Ozuna into a throw, and Ozuna made a bad throw allowing Billy to score (video).

Raisel IglesiasÃ‚Â pitched a perfect 9th inning for his second save.

Jumbo DiazÃ‚Â not only gave up a hit and walk in his two-thirds of an inning, but he also had a throwing error.

Raisel Iglesias =Ã‚Â great as a starter…..move him to the bullpen