The Reds got another solid effort from Homer Bailey. He allowed just one earned run over five innings, and the Reds bullpen took care of business the rest of the way. Brandon Phillips delivered a big two RBI single in the seventh inning to give the Reds a 3-2 lead, and that would be the final. The Reds have won back to back games, and are now 18-12 since the all star break.

According to FangraphsÃ‚Â WPA statisticÃ‚Â (winning percentage added), the most important play of the game was Brandon Phillips 2-RBI double with 2 outs in the 7th inning, giving the Reds a 3-2 lead.Ã‚Â That play increased the Reds chances of winning by 43.8% (from 34.3% to 78.1%). 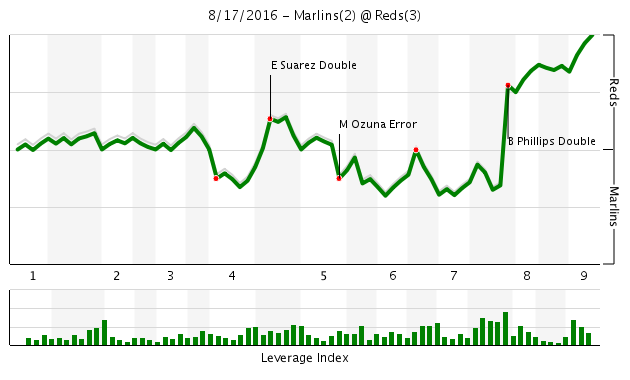 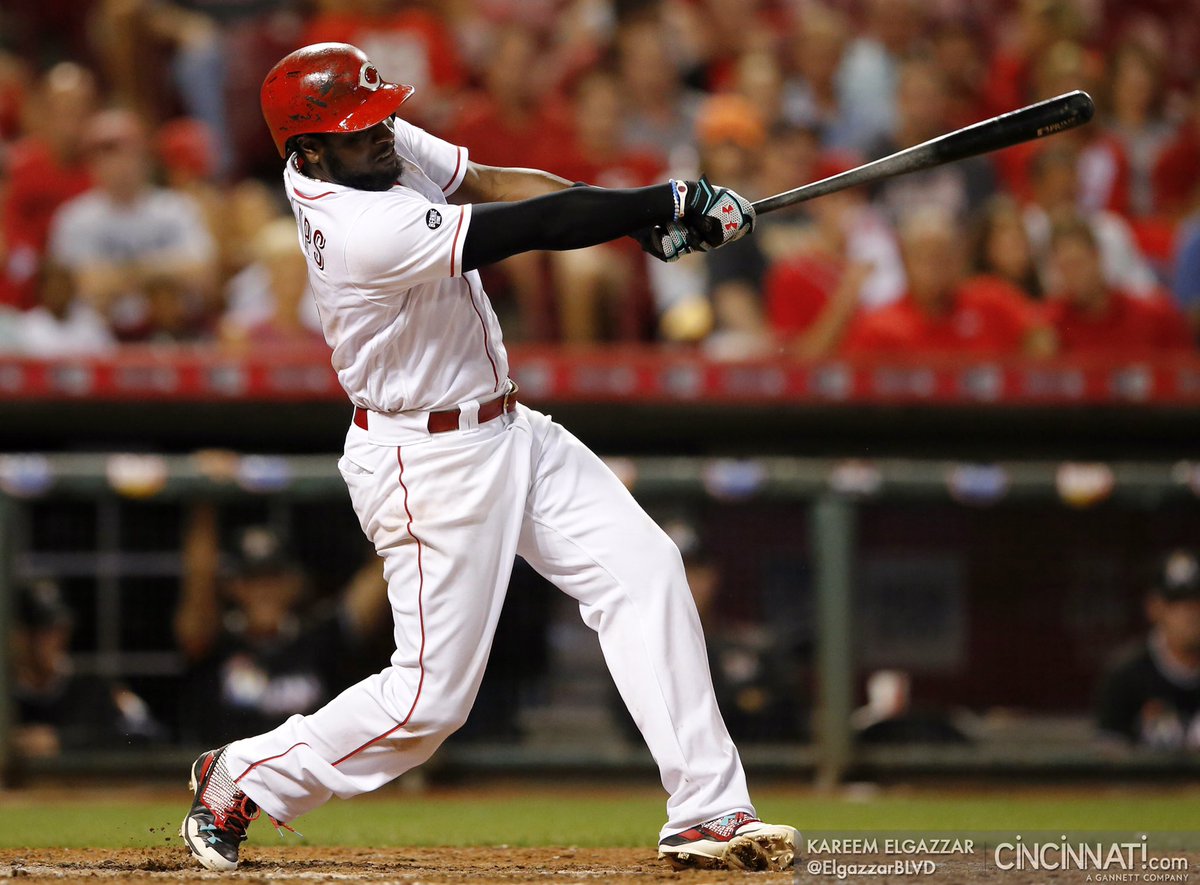 Phillips had a big night, including driving in two runs in the 7th inning to give the Reds a 3-2 lead. Phillips is having a really nice second half so far. He entered play with a .903 OPS in the second half, and a 1.160 OPS in August. 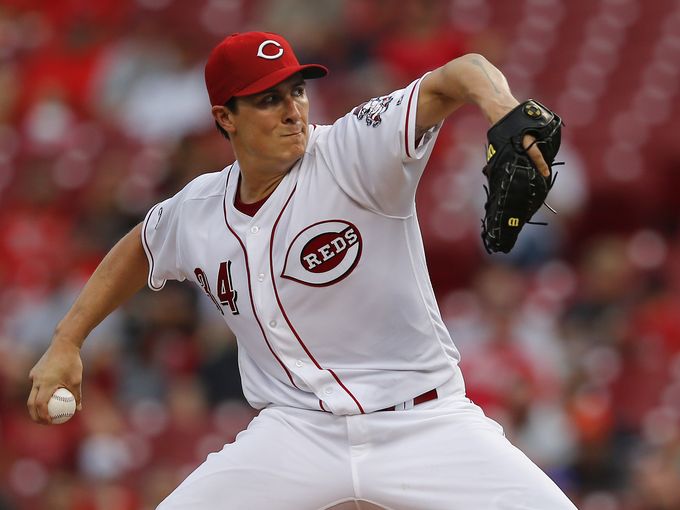 Another solid effort fromÃ‚Â Homer BaileyÃ‚Â coming back from Tommy John Surgery: 5.0 IP, 6 H, 1 ER, 1 BB, 6 K. Bailey now has 27 strikeouts with just 6 walks in 19.2 IP this season. He finished the night with 96 pitches. Bailey probably would have gone at least one more inning if he wasn’t just coming back.

Joey VottoÃ‚Â extended his hitting streak to 8 games with a single in the 5th inning. VottoÃ‚Â has now hit safely in 27 of his last 29 games, and has reached base safely in 29 of his last 30Ã‚Â games.

Billy HamiltonÃ‚Â pinch-hit in the 7th inning, and had an infield single. It was good to see Hamilton return to the lineup after being out since Monday.

Eugenio SuarezÃ‚Â committed his 19th error of the season in the 5th inning, costing the Reds a run and running up Homer Bailey’s pitch count.

I’ve tried to avoid criticism of the Reds broadcasters this year, but Thom made it pretty difficult tonight. He said “Brandon Phillips has delivered the goods all season long” immediately following Phillips’ big 2-RBI single. I know that Thom missed quite a bit of time, but come on. Phillips ranks 20th out of the 23 qualifying MLB second basemen in OPS.