The Reds got off to a big start on Tuesday evening, in route to a 6-3 win over the Marlins. Ivan De Jesus Jr. walked with the bases loaded in the first inning to get the Reds on the board. Tucker Barnhart followed that with a grand slam, to push the Reds lead to 5-1.

Anthony DeSclafani worked around base-runners all evening long. That didn’t stop him from another solid pitching performance. DeSclafani has now allowed 3 ER or less in 12 of his 13 starts this season. 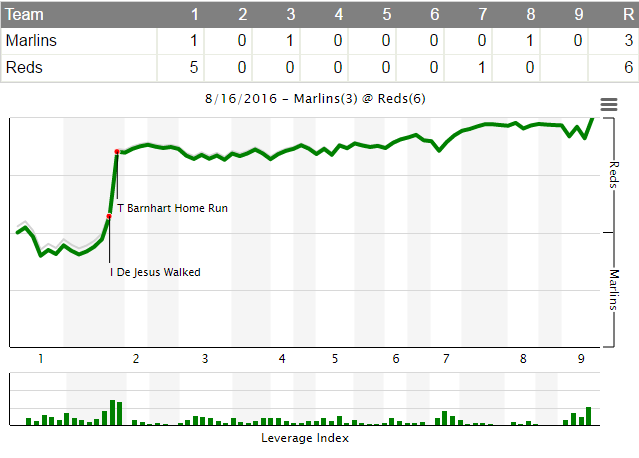 According to FangraphsÃ‚Â WPA statisticÃ‚Â (winning percentage added), the most important play of the game was Tucker Barnhart’s grand slam with 2 outs in the 1st inning, giving the Reds a 5-1 lead.Ã‚Â That play increased the Reds chances of winning by 28.2% (from 57.1% to 85.3%). 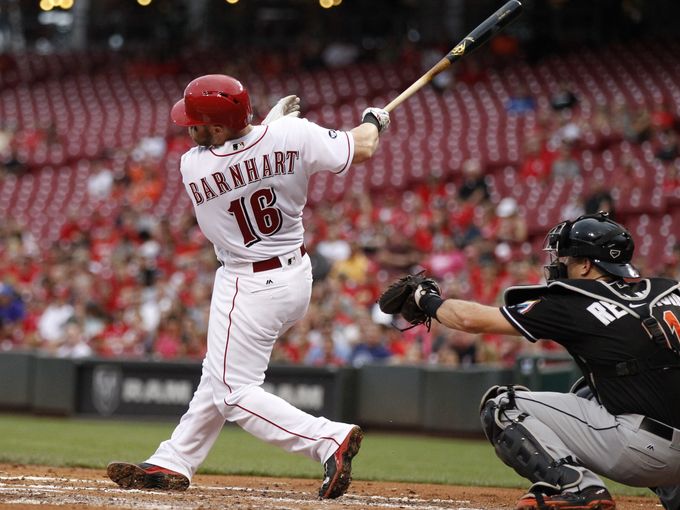 Barnhart had the big grand slam in the first inning. He also threw out the speedy Dee Gordon in the 5th inning. Barnhart has really been terrific for the Reds this season. He is now hitting .267/.331/.410 on the season. Barnhart now has a .741 OPS on the season. At the moment, Yadier Molina has a .739 OPS.

Scott ScheblerÃ‚Â had three hits. That was good to see for Schebs. He has struggled at the major league level this season in a small sample size, despite positing a .934 OPS at AAA. 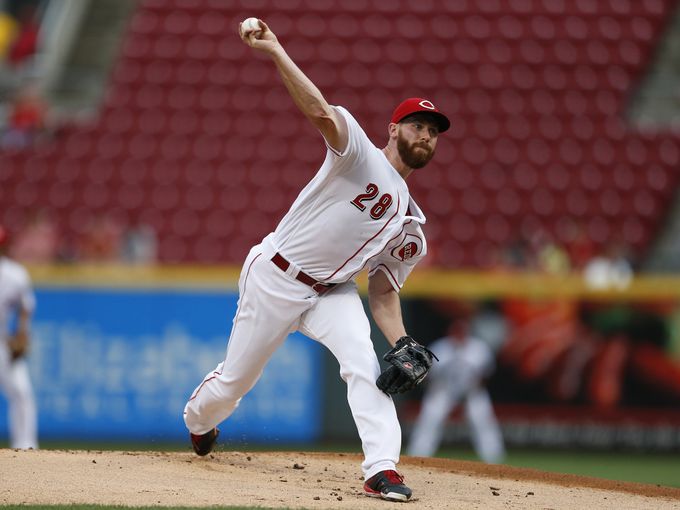 Anthony DeSclafaniÃ‚Â continues to roll. He did allowed 7 hits on the evening, but he didn’t walk a batter and struck out 6. Disco now has a 3.10 ERA/3.71 FIP through 13 starts this season. Right now you have to feel good with a rotation in 2017 anchored by Bailey and DeSclafani.

Raisel IglesiasÃ‚Â allowed a solo home run to Christian Yelich, but that was all over two innings. Iglesias struck out 4 batters tonight. I’ve said it before, this two inning relief role for Iglesias is really great if he can’t start.

I’ll be completely honest, I haven’t watched the Reds closely the last couple weeks. I’m a big fan of the Olympics, and that has kept my focus. I had my eye on both tonight (it was a pretty slow night of competition in Rio), so hopefully I didn’t miss anything important in tonight’s recap.