I grew up a die-hard Reds fan. Shocker, right? I was passed down the love of baseball and especially the Cincinnati Reds from my late grandfather, Charlie. My first big Reds memory was in 1995 when the Reds swept the Dodgers in the NLDS. I was only 8 years old at the time, but I can vividly remember Game 3 when the Reds destroyed the Dodgers 10-1 to secure the sweep. I also can then remember the painful sweep to the Braves, most vividly the final game of the series when the Reds got beat 6-0. 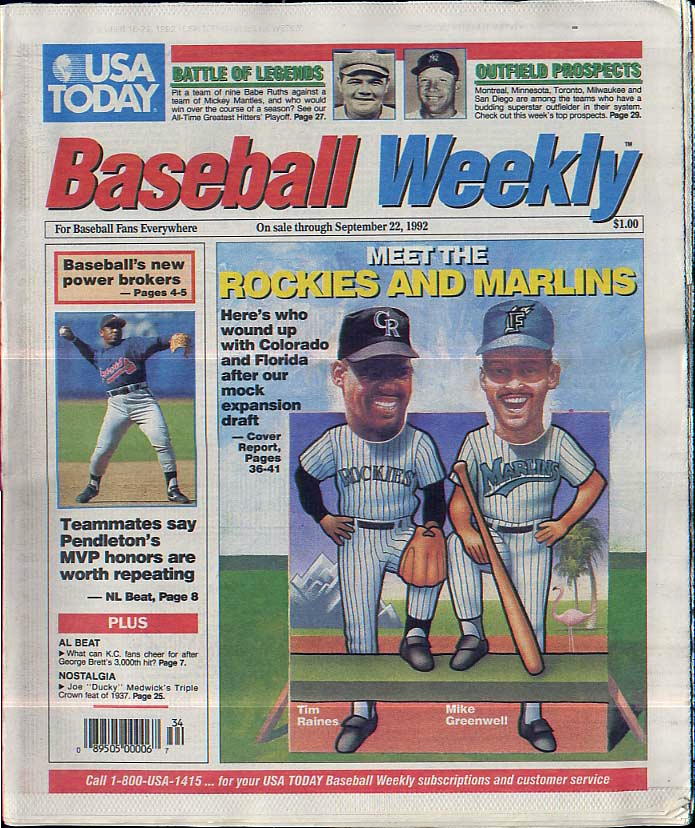 I lived and breathed Cincinnati Reds baseball for the remainder of my childhood. My grandmother got me a subscription to baseball weekly, and I would study the Reds statistics. I could tell you every players batting average (side note: funny enough, I would end up writing “Please stop using batting average” a few decades later for Redleg Nation). I had a baseball encyclopedia, and would look through old Reds players statistics. I remember begging my parents to let me stay up late to watch west coast games, because while only select Reds games were available on network television, nearly every west coast game was televised because it was outside of primetime (at least that is how ten-year old me remembers it).

The Reds unfortunately like many teams moved their entire television broadcast to cable in 1999.My family didnt have cable, so I was out of luck (although as soon as I moved out for college they decided to get it .how rude). I tried my best through my early teenage years to follow the Reds on the radio, but my attention span couldn’t handle it. The combination of that, and the Reds being terrible in the 2000s made me end up losing track of my beloved Redlegs.

I kept a casual eye on the Reds, but in my teenage years I found other passions to keep me occupied. Sports weren’t as big of a deal to me then, but I did become a big college basketball fan, and jumped on the Bengals bandwagon. Just how bad was my falling out with the Reds? I believe the first game I saw at the Great American Ballpark was in 2006. 2006! Yikes.

I went to college in Virginia starting in 2006. A couple of my closest friends in college, Will and Steve were huge baseball fans. They were also big Atlanta Braves fans, but my heart chose to forgive them for 1995. Will got me hooked on fantasy baseball, and Steve and I would go see the Lynchburg Hillcats, a minor league baseball team in the area. The two of them helped me start building a passion again for baseball over my first two years of college. 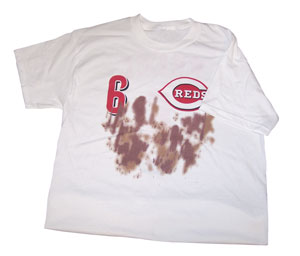 Enter 2008. Everything was building up for me to become fully invested again in baseball. I remember talking to my older sister about the first thing that I wanted to do when I came back from college from the summer was to catch a baseball game. She got me all-you-can eat seats for one of the first days I was back in town, and we went down to the Great American Ballpark on dreary, rainy night to catch a game.

I wore my Ryan Freel shirtsey, mainly because I believe it was the only Reds apparel that I owned at the time. The parking attendant said something along the lines of “oh you guys are here to see that Bruce kid make his debut. Bruce? Who is this Bruce guy they are talking about? I was still a long way from memorizing the Reds top 30 prospects list, and had no clue who the parking attendant was talking about. However, he was excited, so I was excited. There was a small crowd at the ballpark that night, but there was a special buzz.

The rest was history. Jay Bruce batted leadoff in his debut, and he quickly made a huge impression on not only me, but everyone in attendance. Bruce reached base in five of his plate appearances, stealing a base as well, and firing up the small crowd.

That was the night I fell in love with Cincinnati Reds again.

The rest of that summer, I was down at GABP as many times as I possibly could. I worked at Kings Island that summer, and remember seeing Bruce shirts and jerseys every day. I’m sure that I wasn’t the only one who caught Bruce mania. I remember his first home run, which was a walk-off against the Atlanta Braves on a Saturday afternoon. That was as good as it gets. Well, until Jay Bruce hit another big home run a couple of years later.

Each year I became more and more invested in the Reds. That growing passion culminated in 2010, when the Reds had the most memorable season of my lifetime. I was fortunate to be in attendance on September 28th, 2010, when Jay Bruce hit the home run heard around the tri-state.

The Reds never won a playoff series, and Bruce might not have lived up to the ridiculous hype that surrounded him with his call-up and his hot start. However, Jay Bruce was what helped me fall in love with the Cincinnati Reds again. Sure, I probably would have jumped on the Reds bandwagon again in 2010, but it was more special, at least to me, to have watched that team through their growing pains of 2008 and 2009.

I’m now following on a day-to-day basis the Cincinnati Reds, who are currently 21 games under .500. Maybe this is karma for not being around during mid-2000s. If so, I’m sorry Nation. This is my entire fault.

So as we bid farewell to our old friend Jay Bruce, I say thank you. I will of course always remember the big clinching home run in 2010, but it was the faithful debut in 2008 that made a lasting impact on me.