Jay Bruce stepped to the plate in the bottom of the 9th inning with two runners on base, in what could very well be his final at-bat in a Reds uniform at Great American Ballpark with the trade deadline looming. Bruce, who has always had a flair for the dramatics, hit a ball just barely into the rightfield stands. If that is the way Jay Bruce goes out as a Red, it was a pretty special way to go.

Bruce’s home run cut the Reds deficit to 9-8, but the Reds comeback would fall short. The Reds got at least one hit from every starting position player, but it wouldn’t be enough. Brandon Finnegan allowed three home runs, and was hit hard again. The Reds would have loved to have finished off a sweep, but they’ll settle with a very impressive 6-3 homestand. 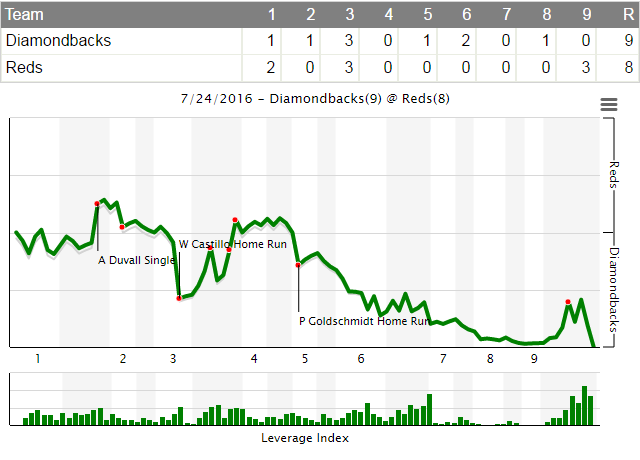 According to FangraphsÃ‚Â WPA statisticÃ‚Â (winning percentage added), the most important play of the game was Brandon Finnegan allowing a 3-run home run to Wellington Castillo with 1 out in the 3rd inning, giving the Diamondbacks a 5-2 lead.Ã‚Â That play decreased the Reds chances of winning by 24.5% (from 45.7% to 21.2%).

Jay BruceÃ‚Â is just awesome. If he is traded this week, what a way to go out. In addition to the three run bomb, he alsoÃ‚Â had an RBI single, and a walk. Bruce now has a 6-game hit streak, and had a really nice series overall against the Diamondbacks.

Joey VottoÃ‚Â had a hit and a walk, continuing his torrid hitting of late.

Brandon PhillipsÃ‚Â had a three hit afternoon, and now has a 12-game hitting streak.

Brandon FinneganÃ‚Â was not good again. He did get off to an unlucky start in the first inning, courtesy of the Reds defense. Finnegan then got hit hard, allowing three home runs on the afternoon.Ã‚Â I’m starting to join the camp of Finnegan being a reliever in the future. I don’t think the Reds should just give up on him as a SP right now though. It is certainly frustrating. I really thought Finnegan had a chance to be the best Reds SP this year.

Jose PerazaÃ‚Â finally got a chance to play (started at SS), and he even got a hit. But thenÃ‚Â Bryan PriceÃ‚Â decided to double switch him out of the game. #FreePeraza 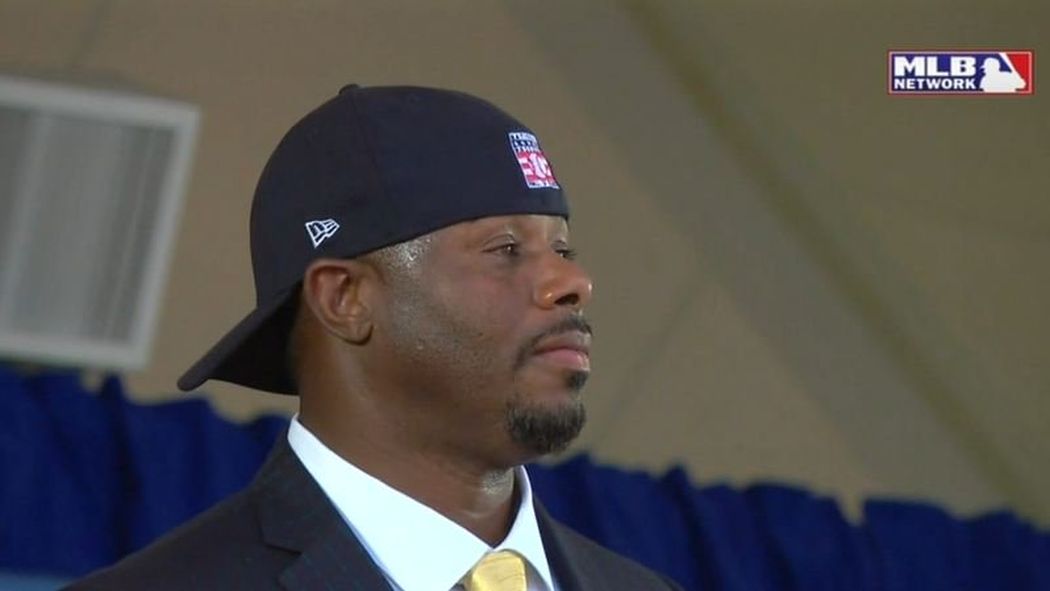 Ken Griffey Jr.Ã‚Â gave a very emotional speech during his Hall of Fame induction today. There was a really cool moment at the end when he put on the HOF hat backwards. I wrote more about Junior in today’s game thread, and Chad wrote more yesterday. Congrats, Junior!