Cody Reed and the Reds looked good in this one early. The Reds took a 3-2 lead on a Brandon Phillips two-RBI double in the fourth inning. Reed took that lead into the fifth inning, but he made one giant mistake to the Marlins slugger Giancarlo Stanton, and it was quickly 4-3. The Marlins tacked on three more runs off the Reds bullpen in the sixth inning, and would eventually win 7-3. 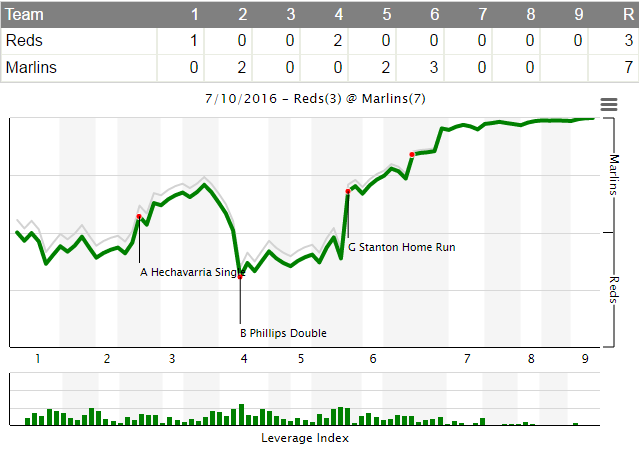 According to FangraphsÃ‚Â WPA statisticÃ‚Â (winning percentage added), the most important play of the game was Cody Reed allowing a 2-run home run to Giancarlo Stanton with 2 outs in the 5th inning, giving the Marlins a 4-3 lead.Ã‚Â That play decreased the Reds chances of winning by 29.3% (from 61.3% to 32.0%). 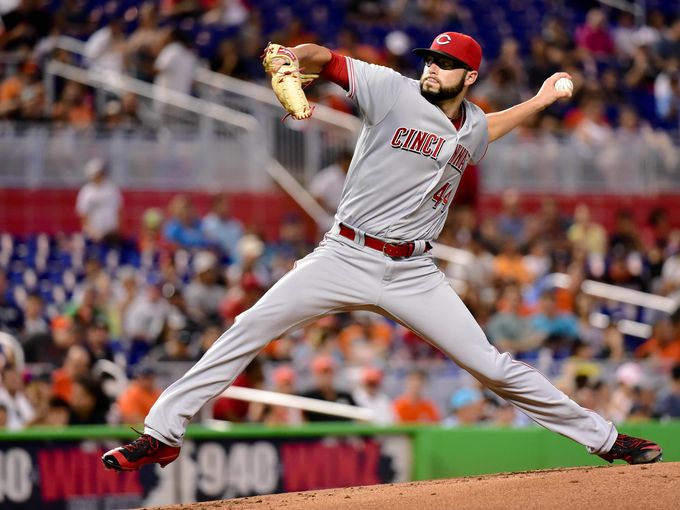 Today was a positive start forÃ‚Â Cody Reed.Ã‚Â No, his final numbers (4.2 IP, 7 H, 1 HR, 3 ER, 2 BB, 7 K, 4.25 FIP) weren’t great, but there were times that he looked pretty good. He had a few issues with command, and made on giant mistake to Giancarlo Stanton. He did strike out 7 batters in just 4.2 innings. Reed now has a very impressive 10.58 K/9 through his first five starts. Once he fine tunes a few things, he is going to be a really good starter. 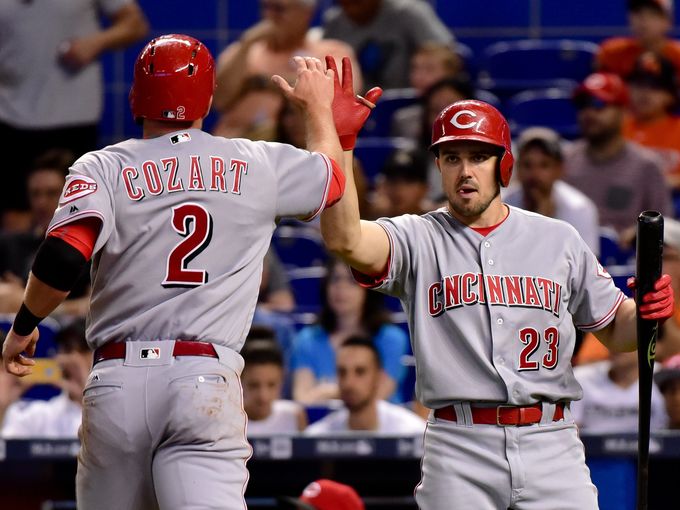 The Reds scored a total of 6 runs in this 3-game series.

Jay BruceÃ‚Â air-mailed a throw home in the second inning. He might not have been able to throw out the runner at home anyway, but his bad throw allowed the batter to get to second base. Maybe all those advanced statistics saying that Bruce is not longer a good defender are actually right.

Joey VottoÃ‚Â had a couple of bad plays defensively. However, he didn’t have 16 errors today like the Reds radio broadcast might have made you think.

The Reds were obviously really bad, historically bad this first half. It should come as no surprise to Reds fans either. They are in the middle of a rebuild. The second half will likely be just as bad, maybe even worse depending on who they trade at the deadline. Stay the course. I believe for the most part the Reds on the right direction. I certainly don’t agree with every decision they’ve made during the rebuild, but they have acquired a lot of really talented young players. They picked #2 this year, and they’ll pick around the same next year. Hopefully in a few years we will look back on this year and be thankful the Reds tore everything down, to build something special back up.

Jim Day had a pretty cool story aboutÃ‚Â John LambÃ‚Â on the broadcast. Yesterday, Lamb and catcher Ramon Cabrera were crossed up on a pitch. The ball bounced off Cabrera’s glove, and it allowed a run to score. It was scored an error on Cabrera. Lamb told reporters postgame that it was his fault, and that he had a “brain fart” by messing up Cabera’s sign. He then lobbied for the error to be changed to a wild pitch. The official scorer changed it to a wild pitch, and Lamb was charged with 3 ER instead of 2. That is pretty stand up of John Lamb. I already liked the guy, but now I like him even more.