The Reds jumped out to a 5-0 lead in the third inning. ButÃ‚Â the Cubs came roaring back. The Cubs hit four home runs off Brandon Finnegan, and quickly cut the Reds lead to 6-5.

Here we go again. The Reds entered play just 1-10 against the Cubs this season.

The Reds however got big time relief from Raisel Iglesias. He pitched three scoreless innings. Jay Bruce hit a two run bomb in the top of the 9th for some extra insurance. Tony Cingrani finished off a 9-5 win with a perfect inning in the 9th on his birthday. 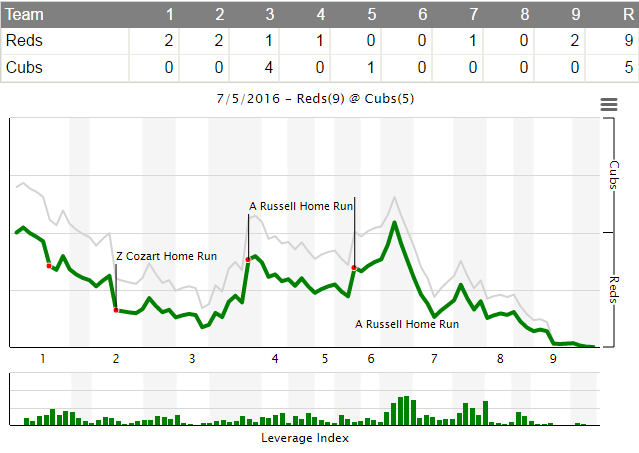 According to FangraphsÃ‚Â WPA statisticÃ‚Â (winning percentage added), the most important play of the game was Brandon Finnegan allowing a 2-run home run to Addison Russell in the 3rd inning with 2 outs, cutting the Reds lead to 5-4.Ã‚Â That play decreased the Reds chances of winning by 18.7% (from 80.5% to 61.8%).

Other important plays (+/- indicates how much a play increased or decreased the Reds chances of winning): 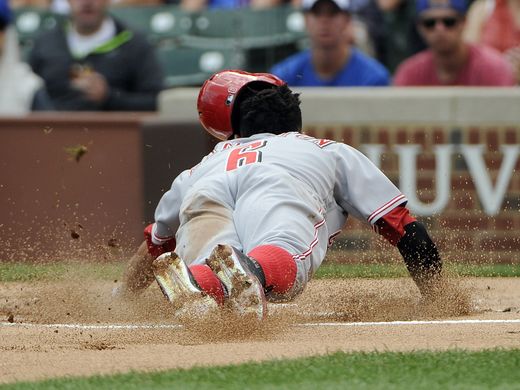 Hamilton had two hits and a walk on the afternoon. He really showed off his speed today too. He scored from second base on a wild-pitch, and stretched a single into a double that few could. He stole 3 total bases today, and has 22 on the season. 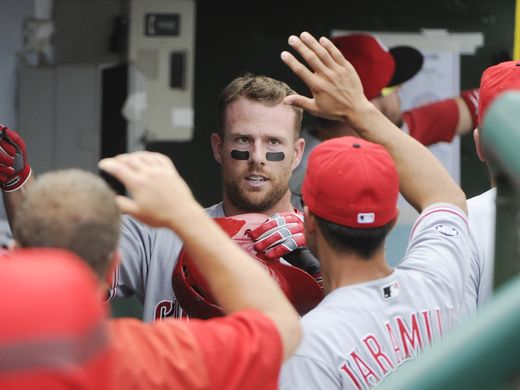 Zack CozartÃ‚Â homered for a second consecutive day. Cozart also singled later in the game. He now has an .807 OPS on the year, which despite his recent struggles is still good for 8th best among MLB SS. You combined that with his elite defense (second among MLB SS with 9 DRS), and you have a very good player.

Raisel IglesiasÃ‚Â pitched three scoreless innings in relief. If the Reds must pitch Iglesias in the bullpen, this is certainly the best way to use him.

Tony CingraniÃ‚Â pitched a perfect 9th on his 27th birthday. Cingrani has now only allowed 1 ER in his last 11 appearances (12.2 IP). The Reds just might have found a good closer. 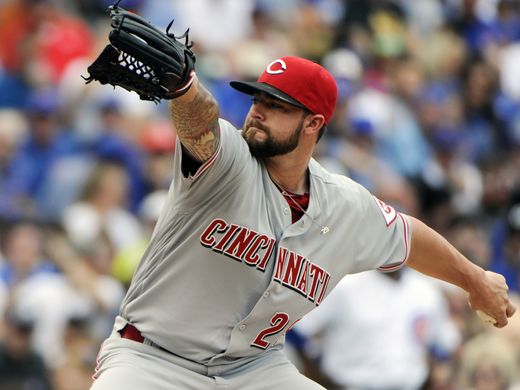 Finnegan got hit hard for a second straight start. He gave up four home runs today.Ã‚Â Finnegan’s 4.71 BB/9 ranks 3rd worst in the MLB out of 98 qualifiers, and his 1.60 HR/9 ranks 10th worst. He has had some really good starts this year, but overall the numbers aren’t good. It’s important to remember however that he is younger than Robert Stephenson and Amir Garrett, and just one day older than Cody Reed.