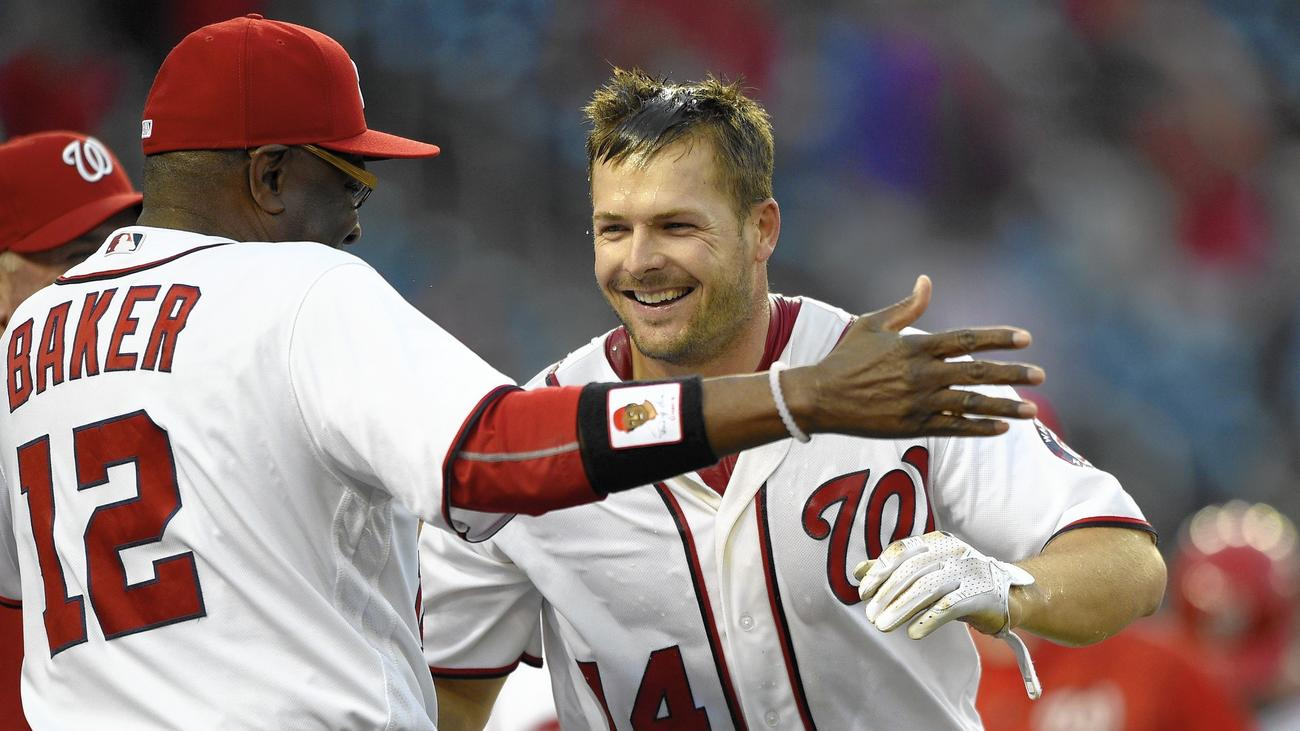 The Cincinnati Reds (29-50) will begin a brutal ten game road trip leading up to the all-star break. First off, the Reds begin a four game series against the first place Washington Nationals (47-32) tonight at 7:05. The Reds have struggled of late. They were just swept at home by the Cubs, and have lost 11 of their last 14 overall. The Nationals on the other hand have won four straight games, and have a 5.5 game lead in the NL East.

Brandon FinneganÃ‚Â continues to look good with that 3.83 ERA, but his peripheral numbers are scary. We knew about the command issues coming into the season. He has been well below average in BB/9, something he will have to improve up. The big surprise is that Finnegan’s strikeouts are down over two strikeouts per 9 innings, although he did encouragingly strikeout 8 batters in his last start.

Gio GonzalezÃ‚Â has been the exact opposite of Finnegan this year. Gio has a high ERA, but his peripheral numbers look very good. Gio has posted his best K/9 mark since 2012, and his 2.94 BB/9 is by far the best of his entire career.

Either Billy Hamilton or Jose Peraza will be in CF and batting 7th for the Reds tonight. Mark Sheldon reported that the Reds are still waiting on clearance for Hamilton. He underwent tests today under the MLB concussion protocol after being hit in the head with a ball yesterday.

Our old friend Chris Heisey is in the lineup tonight for the Nationals. Bryce Harper is just getting a day off.

Bruce open to trade to Indians 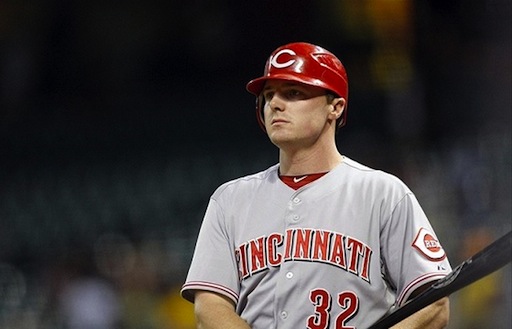 Jon Heyman reported today that Jay Bruce would “very likely” accept a trade to the Indians. The reason that is newsworthy is because the Indians are one of the teams listed on Bruce’s no-trade clause (along with Yankees, Red Sox, Athletics, Rays, Marlins, Twins, and Diamondbacks). Heyman explains:

Cincinnati Reds outfielder Jay Bruce has the Cleveland Indians listed as one of eight teams on his no-trade clause, but according to a friend of Bruce, he only added the Indians as the eighth team as a late replacement for the Blue Jays after hearing Toronto was interested (he apparently liked the idea of going to the Jays).

The friend says Bruce has no negative feelings toward Cleveland or the Indians and would be very likely accept a deal there.

It just so happens that C. Trent Rosecrans wrote “What could Jay Bruce’s leverage be” today for the Cincinnati Enquirer. Rosecrans thinks thatÃ‚Â Bruce could ask that his 2017 team option be turned into a player option. That certainly doesn’t seem like a big ask, or that it could be a big deterrent.

It seems like almost every team with a winning record could use Jay Bruce in some form or fashion, which sets the Cincinnati Reds up well for the upcoming trade deadline. But then there’s the pesky no-trade clause in Bruce’s contract that allows him to block deals to eight teams.

Those teams are the Yankees, Red Sox, Athletics, Rays, Marlins, Twins, Indians and Diamondbacks. Some of those teams are clubs Bruce just plain doesn’t want to play for. Others are included for leverage purposes. The Yankees and Red Sox are on many no-trade lists because as high-payroll clubs they can usually afford to meet whatever contract demands to get a player to waive his no-trade rights.

Bruce’s eight-team list doesn’t feature a lot of obvious suitors for him anyway, with one glaring exception. The Cleveland Indians desperately need outfield help, and are doing well enough to justify an addition to boost theirÃ‚Â playoff push.

I have no reason to think a deal to Cleveland is any more or less likely to strike a deal for Bruce thanÃ‚Â any other club, but let’s take a look at how Bruce might leverage his no-trade clause if the Indians were interested. Usually, players in that situation want either extra years on their deals or for their options to be picked up, but Bruce isn’t necessarily in that situation.

Had his 2016 season been fair but not overwhelming, Bruce might ask that the Indians or any other team on his list exercise hisÃ‚Â $13 million team option for 2017. But Bruce has been so good — his .887 OPS would easily be his best ever over a full season — that $13 million might be below what Bruce could command on the open market.

It would make sense if Bruce would prefer to seek a multi-year deal in free agency after his best season ever rather than wait another year and try to do it at age 30. So it’d be unlikely he’d seek an extension with whatever team on his no-trade list is interested.

What perhaps makes the most sense — and is likely to happen, from what I’ve heard — is that Bruce would ask that his 2017 team option be turned into a player option. That would give him an extra bit of security if he were to get hurt or suffer a stark drop-off in performance in the final two months. If he keeps things up and thinks he can beat that on the open market, he has the flexibility to decline it.

Mark Sheldon also confirmed that Bruce would likely be open to a trade to the Indians, or really any contender for that matter.

Bruce's agent says "he's open to anything that benefits Jay and the #reds" when it comes to a potential trade. More later…

Bruce would be willing to waive no trade to any of the eight clubs, including CLE. Wants to win, no ruling any club out. #reds 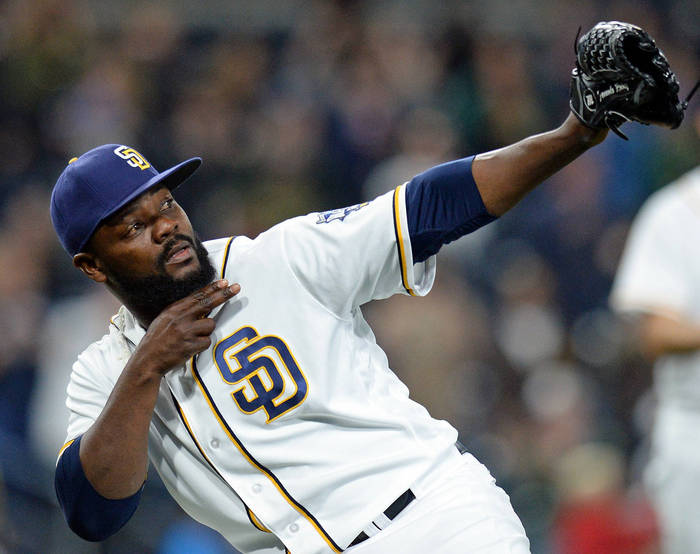 –The LA Dodgers placed Clayton Kershaw on the 15-day DL today with a lower back injury. The Dodgers have wasted no time finding someone to fill the rotation. The Dodgers acquired Bud Norris today from the Atlanta Braves.

–The Cleveland Indians won their 12th straight game last night. They beat the Braves 3-0. They will go for 13 in a row tonight in Toronto. Professional sports teams for Cleveland apparently can’t lose games anymore.

–Giants manager Bruce Bochy has decided that he is not going to use a DH tonight at the Oakland A’s, and will let Madison Bumgarner hit.Ã‚Â It’s the first time a team intentionally used a pitcher to hit instead of a DH since the White Sox allowed Ken Brett to do it in 1976.

–The Baltimore Orioles will go for a June home run record tonight at 10:10 against the Mariners. The Orioles have 55 home runs in June, which is tied with the 1996 Oakland A’s for the most home runs in June in MLB history.

You can’t lose them all, right? Go Reds!