The Rangers had won 7 straight games going into play on Tuesday, and entered with a 9.5 game lead in the AL West. That didn’t stop the Reds from continuing a hot month of their own, and now improving to 11-8 in June.

Jay Bruce got the Reds off to a fast start in Arlington. Bruce hit a three-run home run in the first inning off Colby Lewis. The Rangers starter entered play today with a 2.81 ERA.

The Rangers quickly responded, as Jurickson Profar hit a two-run home run in the second inning off Anthony DeSclafani. That would be all that DeSclafani would allow on the night, as he settled down and pitched seven strong innings.

The Reds blew things open in the fifth inning. Zack Cozart had a 2-RBI triple, which was followed by a Billy Hamilton sacrifice fly to give the Reds a 6-2 lead. The Reds would add two more runs later in the game, and ended up completing an 8-2 win.

According to FangraphsÃ‚Â WPA statisticÃ‚Â (winning percentage added), the most important play of the game wasÃ‚Â Jay Bruce’s 3-run home run in the first inning off Colby Lewis, giving the Reds a 3-0 leadÃ‚Â .Ã‚Â That play increased the Reds chances of winning by 25.7% (from 53.6% to 74.3%). 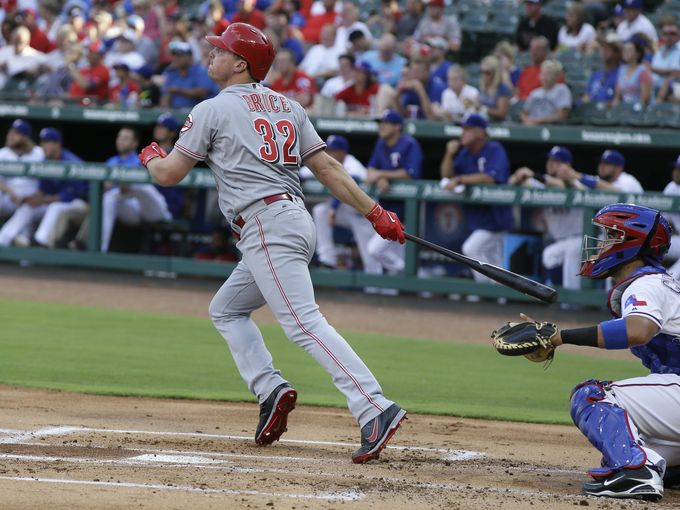 Bruce hit his 16th home run in the first inning, and it was a big one. Bruce added two more hits on the night, and is now hitting .282/.333/.588 on the season. Boy, did the Reds front office make the right decision by not selling low on Bruce before the season. 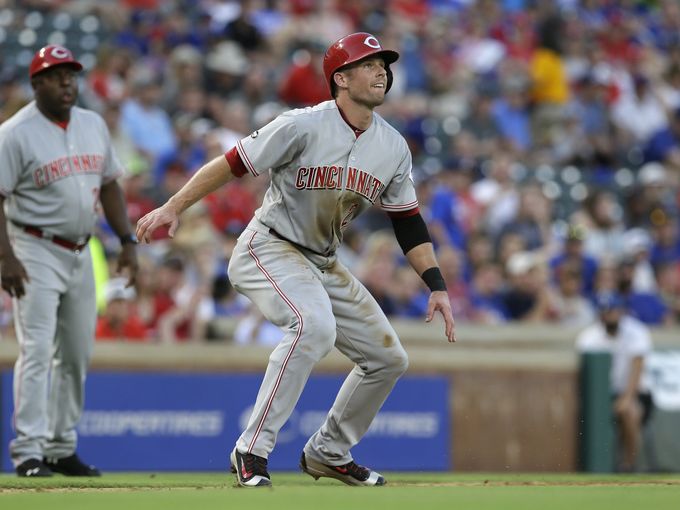 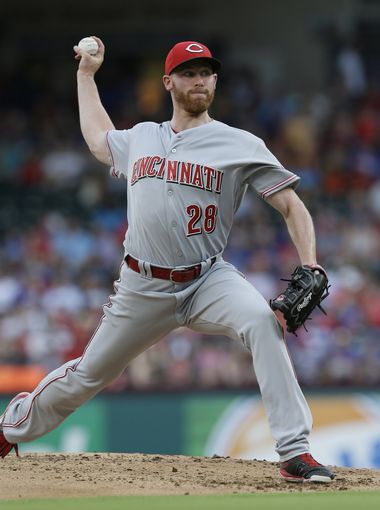 Anthony DeSclafaniÃ‚Â was pretty sharp tonight. He gave up a 2-run homer in the second inning, but really only should have been charged 1 ER because of a bad play by Suarez. Disco was locked in after that, and didn’t allow another run over 7.0 innings. He also stuck out 7, while walking just 1. DeSclafani now has a 2.30 ERA through his first two starts of 2016.

Raisel IglesiasÃ‚Â made his return to the Reds out of the bullpen. Iglesias pitched two scoreless innings of relief. He allowed only 1 hit and 1 walk, but didn’t strike out anyone. I still hate the idea of Iglesias in the bullpen. If his arm isn’t healthy enough to start, then why pitch him at all?

Tucker BarnhartÃ‚Â bunted on a 2-o count. Steve explains why that is dumb.

Insane to bunt on that count.

Joey VottoÃ‚Â was sick, and out of the lineup today. According to the Rangers broadcast, he was sent home and not even in uniform. His on-base streak still sits at 20 games.

It was cool to seeÃ‚Â Shin-Soo ChooÃ‚Â again. I will forever love Choo for that 2013 season. Watching him and Votto get on base a million times that season was terrific.

The game time was 2:29. Those are the best kinds of games during a rebuild.