The Reds tried to get their their first series sweep since they swept the Phillies to begin the season. It simply wasn’t in the cards today. 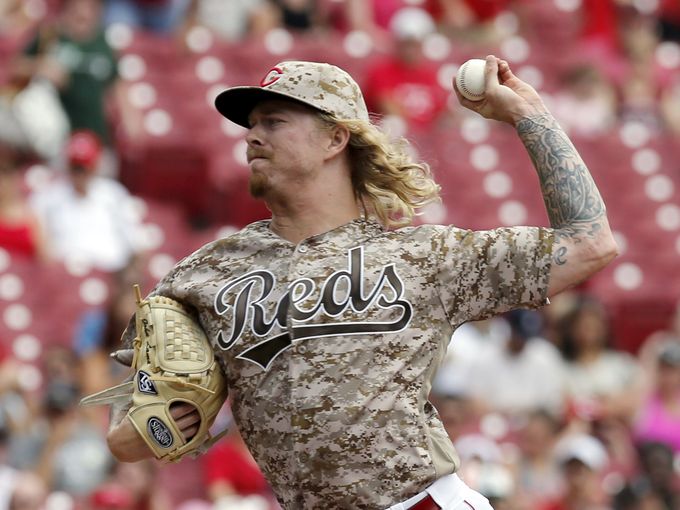 Reds starter John Lamb got off to a rough start, as he allowed two home runs in the second inning. Lamb would only last four innings today.

The Reds offense struggled once again, only scoring one run. The Reds scored a total of just five runs in the three game series against Oakland. The Reds had to settle for a series win against the A’s, as they fell 6-1.

According to FangraphsÃ‚Â WPA statisticÃ‚Â (winning percentage added), the most important play of the game wasÃ‚Â John Lamb allowing a 2-run home run with 0 outs in the 2nd inning, giving the A’s a 2-0 leadÃ‚Â .Ã‚Â That play decreased the Reds chances of winning by 16.5% (from 46.2% to 29.7%).

Eugenio Suarez made a couple solid defensive plays today at 3B. Suarez defense at the hot corner has certainly been shaky this season, but he has at least looked better of late. Let’s hope that Suarez is starting to adjust better to his new position, and he won’t be a liability in the future. Suarez entered play today with -4 Defensive Runs Saved, and -18.9 UZR/150 (his UZR/150 ranks 20th out the 22 qualifying 3B in the MLB). 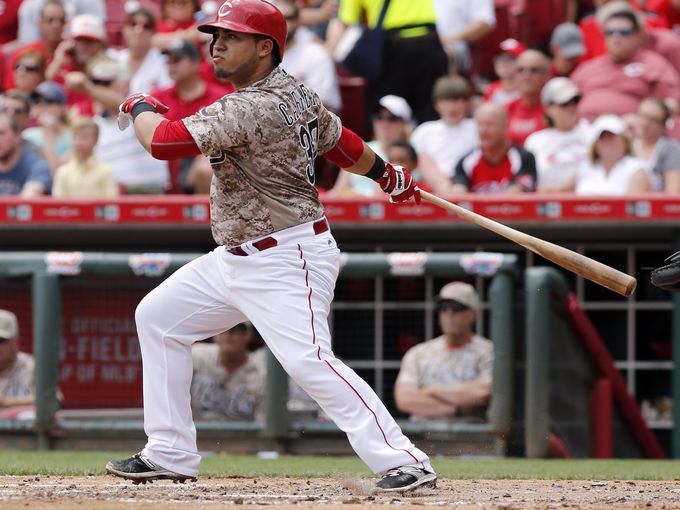 Ramon CabreraÃ‚Â had two hits today, and drove in the Reds lone run. Cabrera has really been a nice surprise so far for the Reds. Cabrera has a .333 OBP on the season.

Joey VottoÃ‚Â had a hit today, and has now reached base in 13 consecutive games.

Tyler HoltÃ‚Â made a really nice play in the 7th inning. Holt threw out Jed Lowrie trying to extend a hit to a double.

Brantley: "I just like the way Tyler Holt plays the game." #Reds

TheÃ‚Â Reds offenseÃ‚Â really didn’t do much of anything this entire series. The Reds scored a grand total of 5 runs in the three games. The Reds were pretty fortunate to win 2 of 3 with that production.

Adam DuvallÃ‚Â went 0 for 4, with 2 strikeouts. Duvall also went 0 for 4 yesterday. Duvall has not homered in 5 days, which shouldn’t be surprising, but yet it is. I guess that is a good thing.

While I was looking through the 3B defensive numbers above for Suarez, it looks likeÃ‚Â Todd FrazierÃ‚Â is not doing much better defensively this season. Frazier has -5 Defensive Runs Saved and a -10.0 UZR/150. Take all defensive numbers with a grain of salt though, as half season sample sizes can often be skewed.

The Reds start a 9-game road trip tomorrow. They’ll kick it off with four games in Atlanta against the Braves. The Braves have the worst record in the MLB.