Four friends, four giant egos, and a belief (or disbelief) in Adam Dunn: this is what made up the greatest Adam Dunn bet of all time.

It was 2006; my three friends and I were newly minted freshman in college and thought we knew everything about everything, especially sports. One of my three friends, Mike, was the smartest guy I knew: 4.0 GPA, perfect scores on his SAT, always right about everything, and an arrogance that was about as prevalent as his IQ. We loved Mike but hated him at the same time. He was the kind of guy that if the opportunity came to trump him in something, you took it.

The four of us were out one night in Clifton when the topic of Adam Dunn came up. Specifically, his career home run totals and hall of fame chances. Earlier in the week I ran numbers and read articles that calculated DunnÃ¢â‚¬â„¢s end of career home run total to be right around 600. Mike, being the know it all that he was, was in complete denial and disbelief that Adam Dunn would ever come close to hitting 600, let alone 500 home runs by the end of his career. To me and my two other friends 500 home runs was pretty much a given. Dunn wasnÃ¢â‚¬â„¢t the best player in the world, but the man could hit the long ball. From 2004-2008 he averaged over 40 home runs a year. If you average that out over the remainder of his career (including some decline toward the back-end) he would easily hit more than 500 home runs. So, after a few beers and a lot more debate a bet was finally born: 500 dollars for 500 home runs, Ã¢â‚¬Å“The Adam Dunn bet.Ã¢â‚¬Â

Adam Dunn kept us connected for the next 8 years of our lives. We saw Dunn hit home runs, go through slumps, get traded, designated hit, have someone challenge him for his position, and generally drive us all insane. We tracked Dunn on a daily basis. We would talk smack to Mike if Dunn did hit a home run that night and Mike would tell us all how stupid we were if he didnÃ¢â‚¬â„¢t. We created the Ã¢â‚¬Å“BigDonkeyAlertÃ¢â‚¬Â hashtag on twitter letting the world know that Adam Dunn just bashed another home run and made sure to tag Mike in it:

This went on for 8 years. Our other friends found out and it became mythical. They kept up with it as much as we did.

All the way through 2013 my two other friends and I were feeling great about the bet. Even Mike himself admitted that he was worried. He regretted ever making the bet and legitimately thought Dunn would eclipse the 500 home run mark. We dreamed about what we would do with the money. Someone suggested we combine the money and throw a huge house party, others suggested we use the money to go and see Dunn hit his 500th home run in person. It was only a matter of time until we cashed in.

In 2014 Adam Dunn got traded to the Oakland Athletics and there were rumors swirling of his retirement at the end of the current season. Panic ensued between me and my two other friends. We couldnÃ¢â‚¬â„¢t believe it. The man was only 34 years old and coming off of a 34 home run year. He was only 2 years removed from an All Star game appearance. He had 462 home runs and only need 38 more for goodness sake!

Then in late August 2014, Adam Dunn confirmed the rumors and officially called it quits. Mike gave us a full year to pay up our $500 just in case Dunn changed his mind and came out of retirement. It never happened and Mike ended up winning $1500 total. We had been defeated.

As a Reds fan, Adam Dunn holds a special place in my heart. I tweet at him occasionally and try to coax him out of retirement but so far it hasnÃ¢â‚¬â„¢t seemed to work. Regardless, Adam provided us with years of entertainment and kept three of my best high school friends and I connected over the years. Was that worth $500? I would like to think so. Now the only question is: whatÃ¢â‚¬â„¢s the next bet? 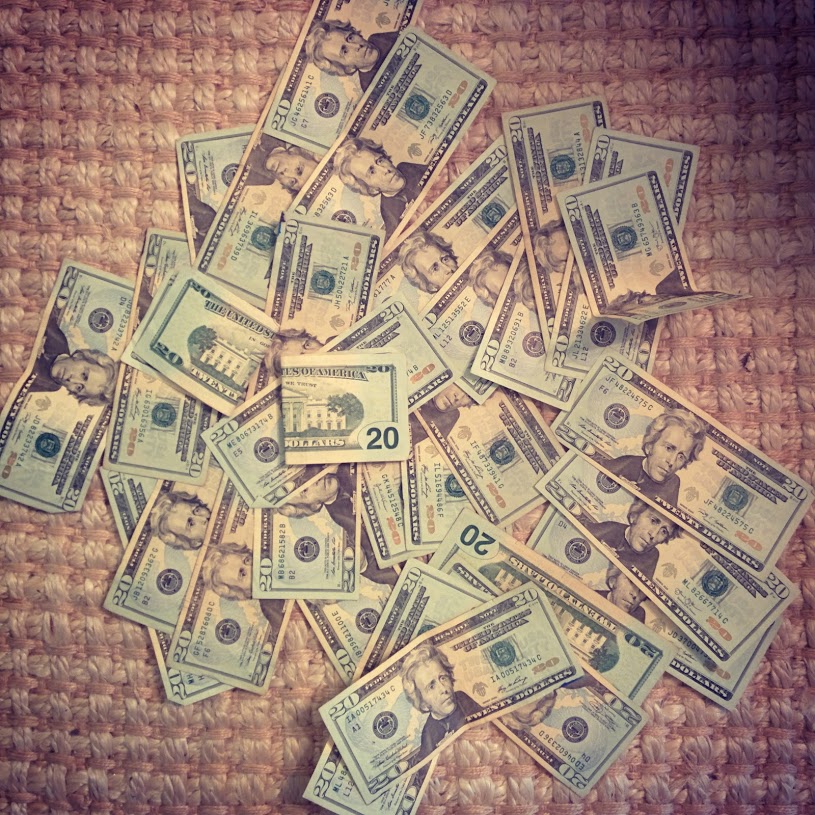