Tim Adleman was cut by the Florence Freedom in 2012. The Freedom are an independent baseball team located a few miles south of Cincinnati. Adleman didn’t give up on his baseball dream, and kept grinding over the last couple years. Through injuries and other circumstances, Adleman got his chance to pitch in the big leagues today.

Adleman certainly made the most of his opportunity. He pumped in strike after strike, something that Reds broadcaster Chris Welsh called “refreshing.” His first big league strikeout came in the 1st inning against former NL MVP Andrew McCutchen.

Adleman dominated through the first four innings. He held the Pirates scoreless and limited them to one hit. Gregory Polanco hit a solo home run off Adleman in the 5th inning. It was one of Adleman’s few mistakes over the plate.

The Reds offenseÃ‚Â finally got going for the first time in the series in the 6th inning. Joey Votto drove in the first run with a single, and Jay Bruce drove in two more runs with a double later in the inning. The inning could have potentailly been even bigger, but the Reds made two outs on the basepaths in the sixth inning.

The Reds bullpen (Cingrani, Cotham) blew the lead in the 7th inning. The Pirates got two runs to tie the game. It was the 19th consecutive game that the Reds bullpen has allowed a run.

The Reds would get the lead back in the 8th inning on a cheap run. Joey Votto tried to steal second base with two outs. Votto was about to be gunned out, but he smartly stopped and retreated back towards first base. That allowed Tyler Holt, who was on third base, to head home. Holt was about to be out by a mile, but the ball was dropped out of Pirates catcher Chris Stewart’s glove when Holt came in contact with it.

The Reds bullpen again blew the lead in the bottom of the 8th. But the Reds battled back again in the ninth inning. Scott Schebler hit a pinch-hit double off the left-field wall to score Adam Duvall, and give the Reds a 5-4 lead.

Ross Ohlendorf was looking like the Reds savior today in the bullpen. He got the Reds out of a jam in the 8th inning, and then got the first two outs in the 9th inning. That’s when John Jaso was able to just get a solo home run into the right-field seats to tie the game yet again.

Scott Schebler came through again in the 11th inning. Schebler smacked a RBI double off the right-field wall to give the Reds a 6-5 lead. Blake Wood completed his second scoreless inning in the bottom of the 11th, and the Reds got just their second win on the road all season. 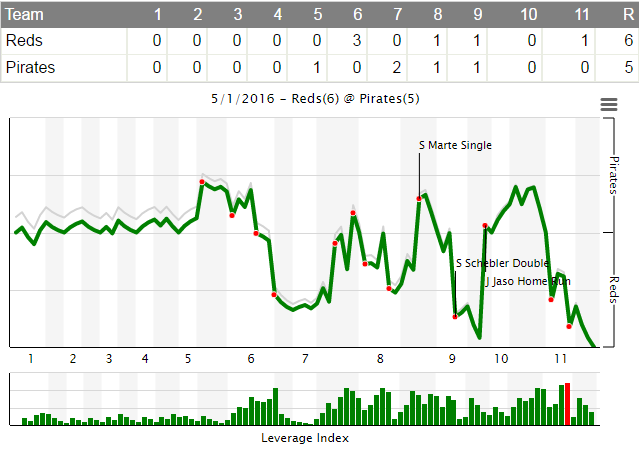 According to FangraphsÃ‚Â WPA statisticÃ‚Â (winning percentage added), the most important play of the game was Ross Ohlendorf allowing a solo home run to John Jason with 2 outs in the 9th inning, tying the game at 5.Ã‚Â Ã‚Â That play decreased the Reds chances of winning by 49.1% (from 96.0% to 46.9%)

Adleman was a lot of fun to watch pitch today. He was just pumping in strikes all day. Seeing his family so excited about him making his big league debut was just awesome. Tim Adleman today is why baseball is awesome.

Joey VottoÃ‚Â struck out in his first two at-bats against Jeff Locke, but came back with a big RBI single in the 6th inning to tie the game.

Jay BruceÃ‚Â smacked a 2-RBI double down the right-field line to give the RedsÃ‚Â their first lead of the game in the 6th inning.

Zack CozartÃ‚Â walked today! It was only his second walk of 2016. He also doubled in the 8th, but got hurt going to second.

It’s been a tough year forÃ‚Â Scott ScheblerÃ‚Â (entered today with a .508 OPS), but he came through with two huge RBI hits in this game. He also made a really nice catch in the 9th inning.

Injuries, injuries, injuries.Ã‚Â Zack Cozart had to leave the game with a leg injury.Ã‚Â Raisel Iglesias was placed on the DL today with a right shoulder injury. Devin Mesoraco missed his third straight game today with left shoulder stiffness. Homer Bailey and Anthony DeSclafani have both suffered small setbacks after their rehab starts. When will it end?

Tony CingraniÃ‚Â was able to strike out the first batter he faced (Polanco), but then allowed a triple to Sean Rodriguez and walked Jordy Mercer. Price pulled him immediately.

Caleb CothamÃ‚Â wasn’t any better than Cingrani. The 2nd, 3rd, and 4th runs all crossed the plate for the Pirates with him on the mound.

#Reds bullpen has given up 69 runs this year, more than the Nationals & Cubs have as a team.

19 straight games allowing a run is the longest such streak by #Reds bullpen going back to at least 1970. Previous high was 15, set in 2015.

— How awesome were those Pirates retro jerseys today? I wish the Reds would wear throwback jerseys more often. My personal favorites were the ones the Reds wore in the mid 90’s. 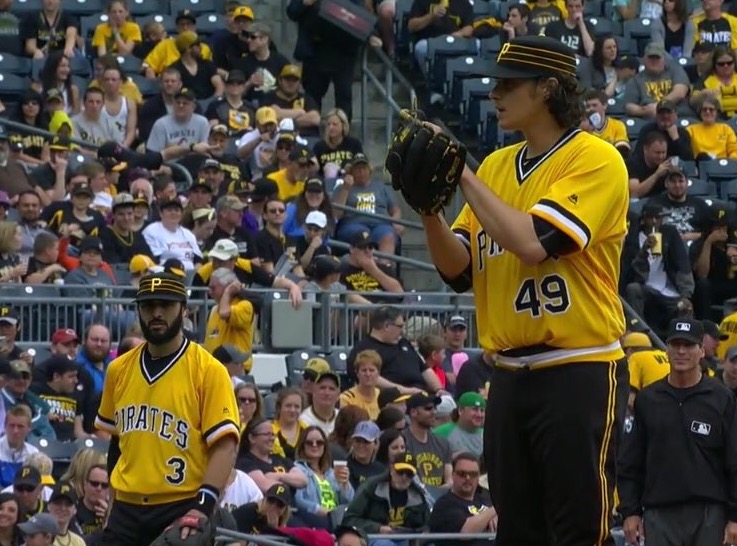 — Here is a strong sign from the Flying Pig Marathon today in Cincy. 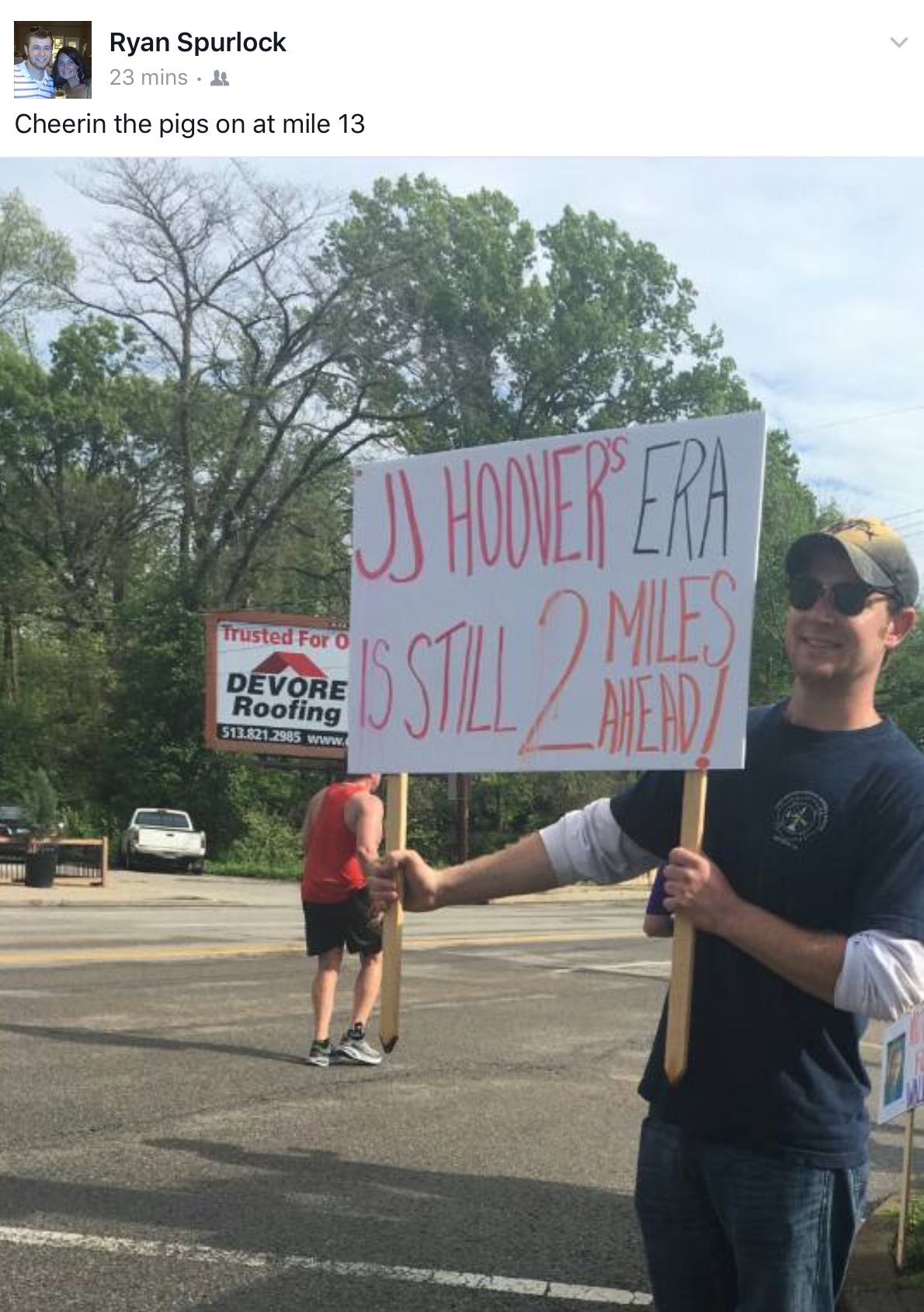 — Joey Votto said that he would rather retire than struggle.

The Reds begin a 10-game homestand at GABP tomorrow against the Giants. Johnny Cueto will pitchÃ‚Â against the Reds for the first time in his career.