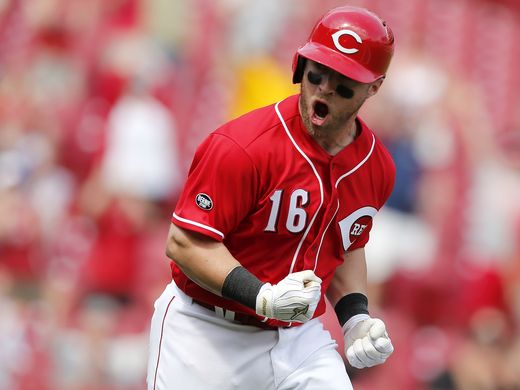 The Cincinnati Reds (8-7) begin a four game series at Great American Ball Park tonight against the first place Chicago Cubs (11-4). The Reds are coming off a series win against the Colorado Rockies. The Reds did however get swept last week by the Cubs at Wrigley Field.

The Cubs come into town with the best run differential in baseball at +44 (next best is the Cardinals at +31). The Reds have a winning record despite their -16 run differential. It will be a tough series for Reds hitters, as they will face the top of the Cubs rotation in order: Jake Arrieta, Jon Lester, John Lackey, and Jason Hammel.

Brandon Finnegan is off to a great start in the Reds rotation, but he will have his work cut out for him tonight. He’ll be facing last year’s NL Cy Young award winner Jake Arrieta. Finnegan took a no-hitter into the 7th inning against the Cubs last week. While it is obviously very good to no-hit a team for 6.2 innings, Finnegan did walk 5 batters in that game, and was benefited by the wind drastically blowing in. There were several hard hit balls that would have likely ended up in the seats if the wind was blowing out.

If you only look at Finnegan’s peripheralÃ‚Â numbers, he has been just about what was expected of him. He was projected to put up high strikeouts numbers, high walks numbers, and give up an average amount of home runs. There is a lot to like about Finnegan. His stuff has looked dominant at times, but he has got to drastically cut down on the walks if he wants to have success at the MLB level.

Jake Arrieta has picked up right where he left off from his Cy Young winning season last year. As you see below, he has absolutely dominated in 2 of his 3 starts in 2016. The only start that he didn’t dominate, he still threw a quality start and even hit a 2-run home run in the game.

It has been very difficult to get a walk against Arrieta so far in 2016. He has only allowed 2 total walks in 22.0 IP. The one good thing for the Reds is that Arrieta hasn’t dominated them like you might expect. Arrieta has a 3.58 ERA in 5 starts against the Reds (all coming between 2014-2015). He has struck out Reds hitters 41 times in 32.2 IP, while only allowing 9 walks. The Reds haven’t seen Arritea since April of 2015 though. Arrieta didn’t start his incredible run of dominance until the second half of last season.

Bailey, DeSclafani, and Lamb all to begin rehab starts

Homer Bailey, Anthony DeSclafani, and John Lamb will all begin rehab starts this week. Here is the schedule:

Bryan Price told C. Trent RosecransÃ‚Â that Lamb and DeSclafani will need at least two starts, and Bailey will need at least three starts before they are ready. There could obviously be setbacks or other injuries, but the Reds are going to have a lot of pitching decisions to make in a couple of weeks. Here is what I would expect the Reds pitching staff to look like, barring injuries: 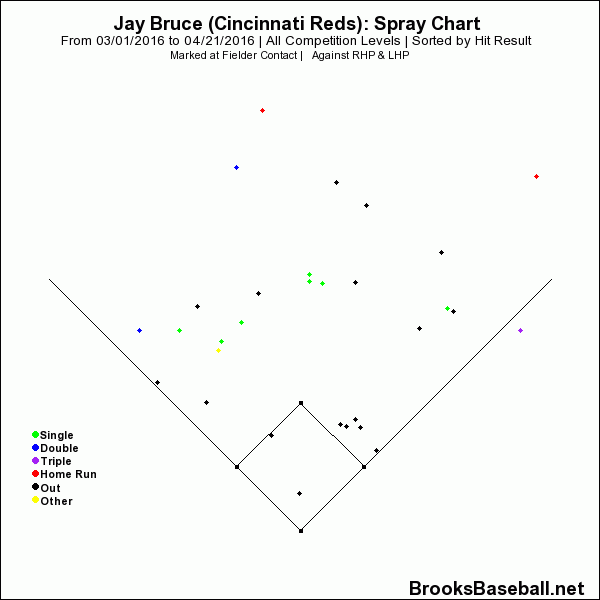 Jake Arrieta is really good. It will certainly be a major challenge for Reds hitters tonight. It will however be fun to see the Reds young rising star Brandon Finnegan get to face off against last year’s Cy Young winner. If you dare to dream, a Reds four game sweep of the Cubs would put the Reds in first place!?!? Go Reds!