The Reds offense got rolling in the second inning. Billy Hamilton drove in two runs with a double down the left-field line. That gave the Reds a 2-1 lead. Zack Cozart then had a brilliant ten pitch at-bat, and extended his hitting streak to ten games. His single up the middle gave the Reds a 3-1 lead.

That would be more than enough for Robert Stephenson. The Reds number two prospect was called up earlier in the day to make a start after Alfredo Simon couldn’t go. Stephenson showed much of his great promise tonight, shutting down the lethal Rockies offense over seven innings.

J.J. Hoover made things interesting in the ninth inning. He gave up a two-run homer to Mark Reynolds, which cut the lead to 4-3. Ben Paulsen hit a ball to the warning track, but Jay Bruce was able to get to it and secure a Reds win. The Reds are back to .500 at 7-7 on the season. 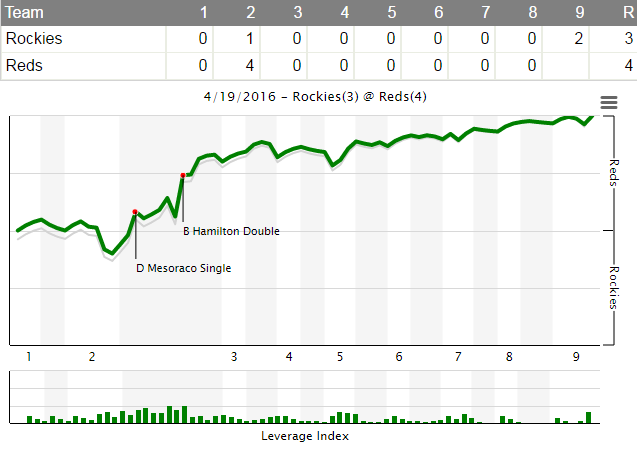 According to FangraphsÃ‚Â WPA statisticÃ‚Â (winning percentage added), the most important play of the game was Billy Hamilton’s 2-RBI double with 2 outs in the 2nd inning, giving the Reds a 2-1 lead.Ã‚Â That play increased the Reds chances of winning by 18.0%.

Stephenson was terrific in his second start in the big leagues. His curveball was absolutely nasty, and he was still hitting 96 MPH on his fastball in the 7th inning. He didn’t get a lot of strikeouts, but he kept the Rockies hitters off-balance all night. He has struggled at times in the minors with control, but overall it was good tonight. He only walked two batters in 7.0 innings. 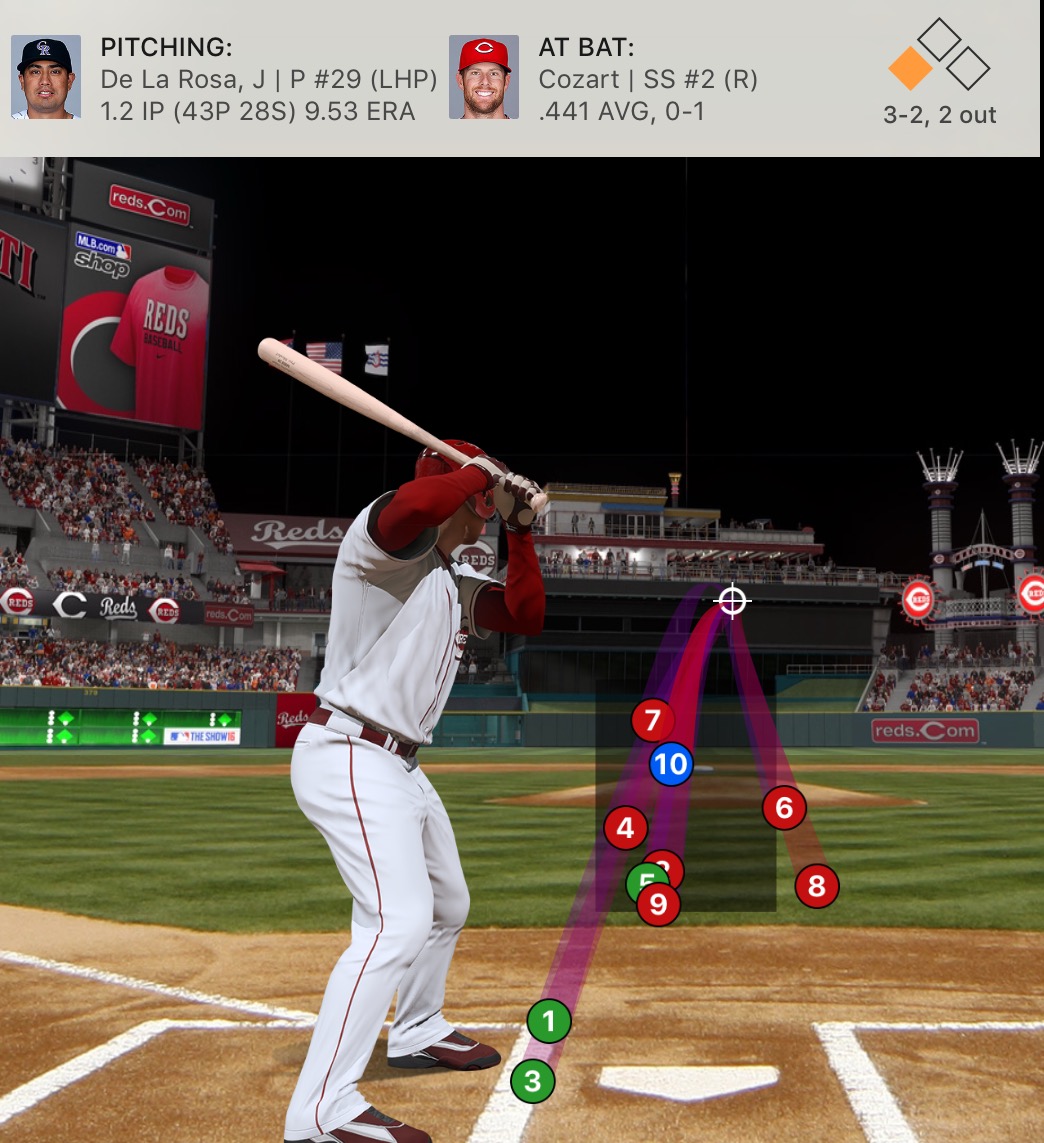 Zack CozartÃ‚Â extended his hitting streak to 10-games with an amazing 10-pitch AB in the 2nd inning. Cozart fouled off pitch after pitch, until he finally ripped a single up the middle to give the Reds a 4-1 lead.

The Reds stole five bases (!) in the second inning. Jorge De La Rosa apparently doesn’t know how to hold runners on base. 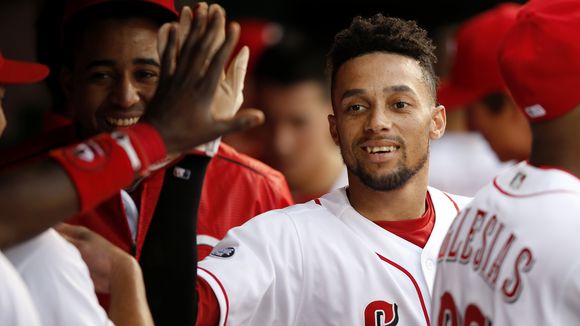 Billy HamiltonÃ‚Â came through with a huge hit in the second inning. His 2-RBI double with 2 outs in the 2nd inning kept the Reds rally alive, and was crucial toward chasing De La Rosa early.

Caleb CothamÃ‚Â has been the one bright spot in the Reds dreadful bullpen. Cotham has yet to allow an earned run in 8.0 innings this year. 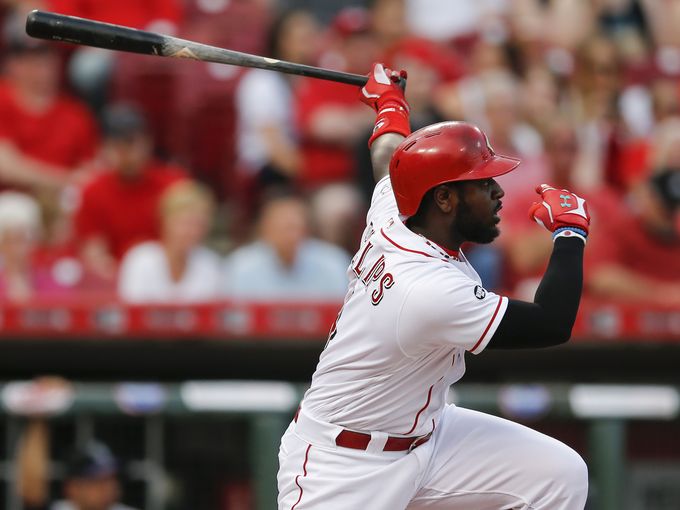 J.J. HooverÃ‚Â gave up another two run bomb tonight. He now has a 15.19 ERA on the season. Yikes.

Bryan PriceÃ‚Â decided to not go with J.J. HooverÃ‚Â to start the 9th inning. He started the inning with Cingrani against the lefty Carlos Gonzalez. He then went to Hoover to face the right-handed hitter Arenado. It was smart managing by Bryan Price letting both pitchers pitch in the 9th, even though Hoover gave up another bomb. He set his players up for success, and didn’t let the ridiculous closer role completely dictate his decision making.