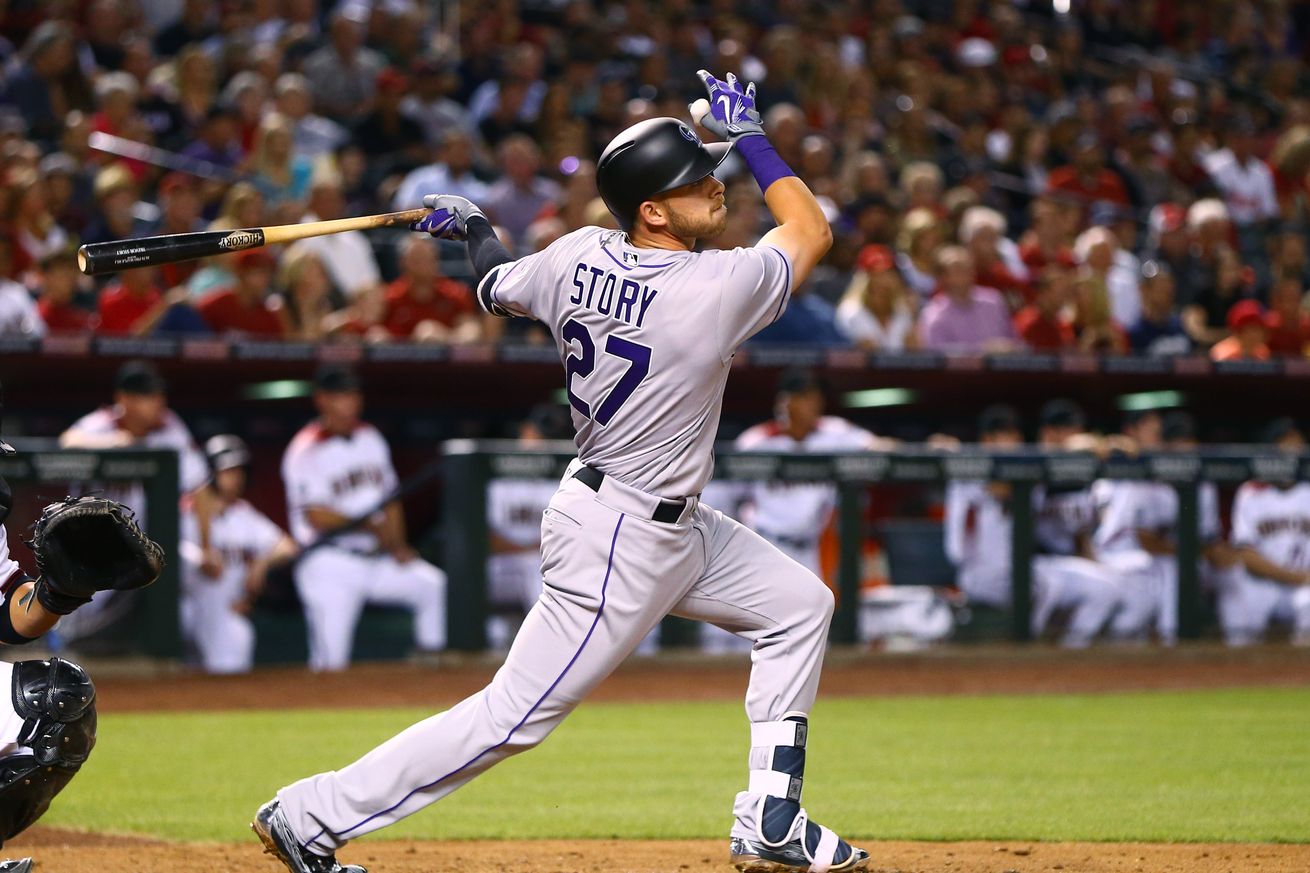 The Cincinnati Reds (6-6) are coming off a tough 1-5 road trip. They will look to get back to winning baseball during a 7-game homestand. The Reds are 5-1 this season at Great American Ball Park. They will play a four game series against the first place Cubs this upcoming weekend, but first they will begin a three game series against the hot Colorado Rockies (7-5). The Rockies have a ferocious offense, and have been lead early by the surprising young shortstop Trevor Story. He already has 7 home runs on the young season.

Tonight’s matchup features two pitchers who have both been traded at different times for Dexter Fowler.

Dan Straily will get his chance in the Reds rotation. He has done a decent job in 8.1 innings as the Reds long reliever. The Reds picked up Straily off waivers from the Padres. He was traded to the Padres just a few days prior to that from the Astros.

Straily struggled in 2014 with the A’s, posting a 4.93 ERA/5.66 FIP in 7 starts, and was sent back to AAA. He was then traded to the Cubs along with Addison Russell for Jeff Samardzija and Jason Hammel. He only made 7 appearances for the Cubs in 2014 (1 start) before being traded again in the offseason. He was traded to the Astros with Luis Valbuena for Dexter Fowler.

Lyles began his career as a high strikeout guy in the minors, but that has not materialized in the majors. He is only projected to put up 5.81 K/9 this season. Where he has had success has been keeping the ball in the park. So far with the Rockies he has a 0.7 HR/9. That of course is very important in Colorado.

The Rockies offense is really good. Their 112 team wRC+ is the third best in the NL behind the Cardinals and Pirates. The big story for the Rockies has been Trevor Story (pun absolutely intended). He hit 7 bombs in the first six games for the Rockies. He hasn’t even been their best hitter though. Carlos Gonzalez actually has the highest wRC+ at 180 (Story is at 174). Story, Gonzalez, and Nolan Arenado have a combined 17 home runs. The Reds entire team only has 10 home runs. This Rockies lineup is scary.

Eugenio Suarez gets his first day off in 2016. Jordan Pacheco makes the start at third base against his former team. Pacheco was drafted by the Rockies, and played in Colorado between 2011-2014. Devin Mesoraco gets another day off. This will be 6 out of 13 games so far in 2016 that Mesoraco has started the game on the bench (he has appeared in 10 games though). Mesoraco did start on Saturday and Sunday.

The more that I look at Dan Straily’s numbers, the more I think the Reds could have something here. He has been traded around a lot for a guy who is only 27 years old, and maybe he just needs a place to stick. He is just another high strikeout guy in the Reds rotation to go a long with Iglesias, Finnegan, Lamb, and Bailey. Anyway, the Reds have been really good at GABP this year. The Rockies are off to a hot start, but they have got to come back to earth at some point. This is the time for that to happen. Go Reds!