From a single-season perspective, reviewing the BrewersÃ¢â‚¬â„¢ offseason for Reds fans is about as far away from baseball relevance as you can get. Both teams are projected to lose 90+ games for the second year in a row, and their matcups wonÃ¢â‚¬â„¢t even get a mention on Baseball Tonight unless Brandon Phillips balances the ball on his nose to turn a double play. However, if you take a longer view, an interesting drama between the two teams has just begun.

ItÃ¢â‚¬â„¢s not often you get to see two teams in the same division start to rebuild at the same time, but the Brewers and Reds have done just that. Both teams sort of fired their GMs this offseason and started shipping off veteran players for minor league prospects, signaling that the race was indeed on. (Tangentially, when did baseball get into this golden parachute business, where every GM has to be moved into Ã¢â‚¬Å“an advisory capacity,Ã¢â‚¬Â instead of just getting canned? Doug Melvin did a bad job when you get down to it, just fire the guy.) Over the next few years we should be able to see which organization did their rebuild better, and what approaches to team building seemed to work.

The Brewers brought in David Sterns to run their rebuild, who at age 30 is the youngest current GM in baseball. HeÃ¢â‚¬â„¢s another Ivy League guy that has been moving around in baseball since he left college. HeÃ¢â‚¬â„¢s worked for the Pirates, Mets, the Arizona Fall League, the Commissioner’s Office, and most recently the Astros, where he was GM Jeff LuhnowÃ¢â‚¬â„¢s main assistant during their rebuild. Luhnow became a big name by turning the Astros around faster than expected, and has a reputation for relying heavily on his analytics department. Sterns is expected to fit the same mold. 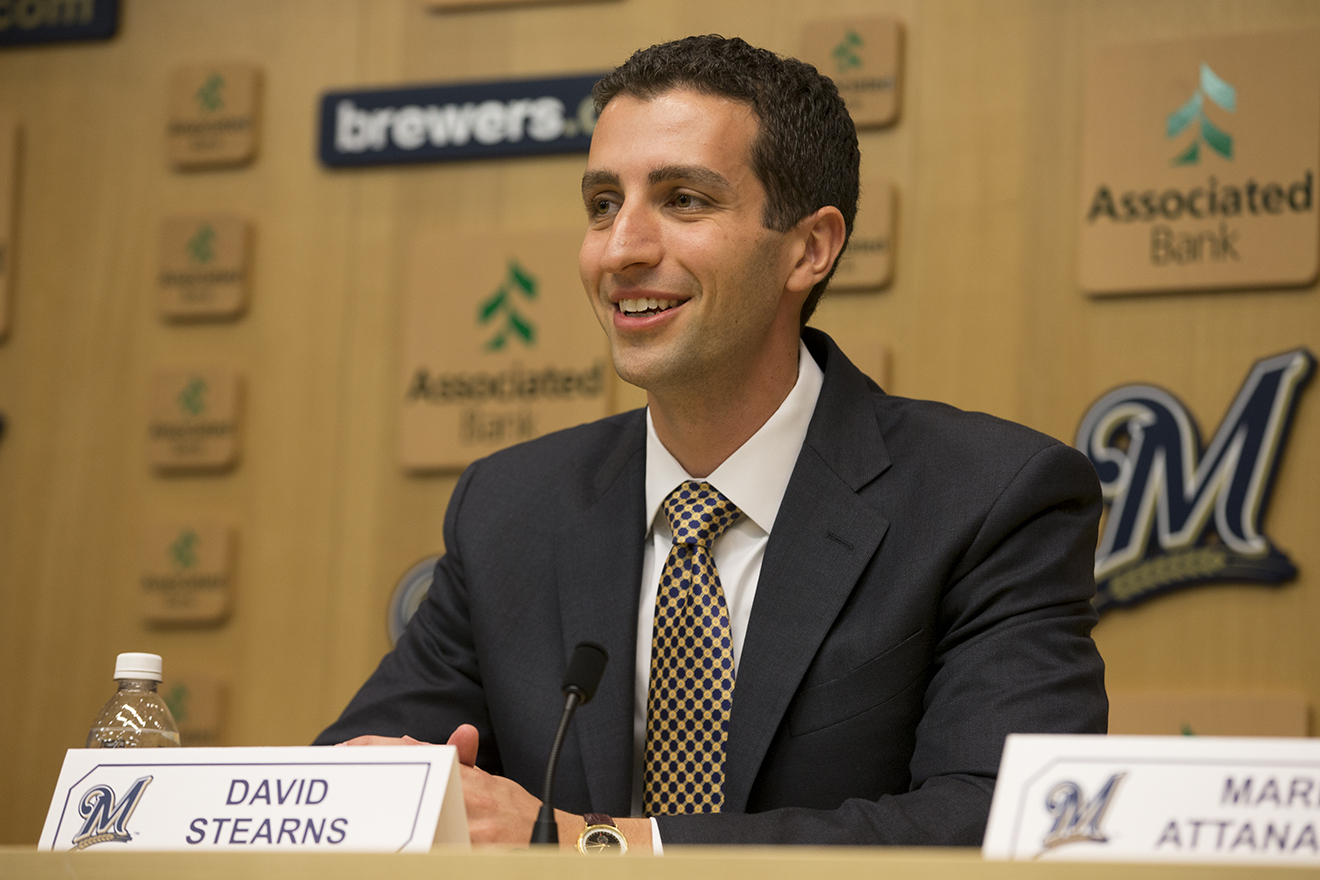 The Brewers real problem over the last 5 years has been that their draft picks just didnÃ¢â‚¬â„¢t work out. From 2009-2012 they picked nine times in the first round and, of those picks, only Taylor Jungmann has even played in the big leagues and heÃ¢â‚¬â„¢s not exactly a household name. Sterns laid out the broad strokes of his vision for the Brewers in direct response to that problem. “The trick is to develop a process and a system that allows you to consistently generate that pipeline (of minor league players to the major league team), even as you are competitive at the Major League level. There are a couple of teams that appear to be able to do that, and that’s certainly our goal here in Milwaukee.”

Reading the reviews around the net on Stearns’ first offseason, most people seem to really like the direction heÃ¢â‚¬â„¢s taking the team. He completed a whirlwind 38 transactions, mostly acquiring minor leaguers IÃ¢â‚¬â„¢d never heard of prior to this review. The general theme seems to be targeting position players who take walks and pitchers who limit them, which is hardly revolutionary at this point. (For some reason the Reds are still focusing on glove-first speedsters, so that will be a difference to watch.)

In the process Sterns dealt K-Rod, Jean Segura, Khris Davis, and Adam Lind. Jonathon Lucroy and Ryan Braun may be the only names you will recognize on this team, and they may dealt eventually (the former being the more likely mover than the latter, as Braun is still owed $95 million and had offseason back surgery). Infielder Aaron Hill was brought in as part of the Segura deal (the BrewerÃ¢â‚¬â„¢s took his salary), and Sterns signed elite-level strikeout artist Chris Carter from his former club.

I think the most interesting aspect of the rebuilding race so far is that the Brewers have gone after minor leaguers with excellent talent but who are far from big league-ready, while the Reds seem to have been willing to compromise on elite talent for players that were closer to the majors. I was never sold on the Reds approach, or on the man they picked to implement it, so IÃ¢â‚¬â„¢m saying advantage Brewers out of the starting gate. With that said, the Brewers are going to be pretty bad these next few years, and if none of their prospect lottery tickets come through, a lot more than that.