[This post was submitted by loyal Nation member Joseph Rettig, who attended yesterday’s game against Cleveland at Goodyear. Thanks, Joseph!]

There is a lot of uncertainty within the Cincinnati Reds organization this year. There are a lot of questions that need answered: Who is playing left field, how much does Jose Peraza play, who does the starting rotation and bullpen consist of, will Zack Cozart be able to be as good offensively as he was last year before the injury? The list goes on and on. I may not have completely got any of those questions answered, but I definitely have a better idea of what to expect from the Reds this year after watching them defeat the Indians 7-4 at Goodyear Ballpark.

I had never been to a spring training game and didnÃ¢â‚¬â„¢t know what to expect. Unfortunately the Reds ball club split the roster today so some of the players were at Camelback Ranch taking on the Chicago White Sox: Brandon Phillips, Devin Mesoraco, and Billy Hamilton. A lot of the main players were in Goodyear however: Jose Peraza, Zack Cozart batting DH, Joey Votto, Jay Bruce, and Eugeino Surarez. After watching this game IÃ¢â‚¬â„¢m definitely excited for the season even though I know the Reds have no shot at the postseason.

There werenÃ¢â‚¬â„¢t many negatives from a Reds standpoint today. The main things were the home runs that were given up. ThatÃ¢â‚¬â„¢s honestly the only thing I can think of. They did hit into a couple double plays but thatÃ¢â‚¬â„¢s about it. They were actually able to do the things the Reds normally have trouble with: moving runners over, putting a bunt down, the list goes on and on.

The main positives from the game: 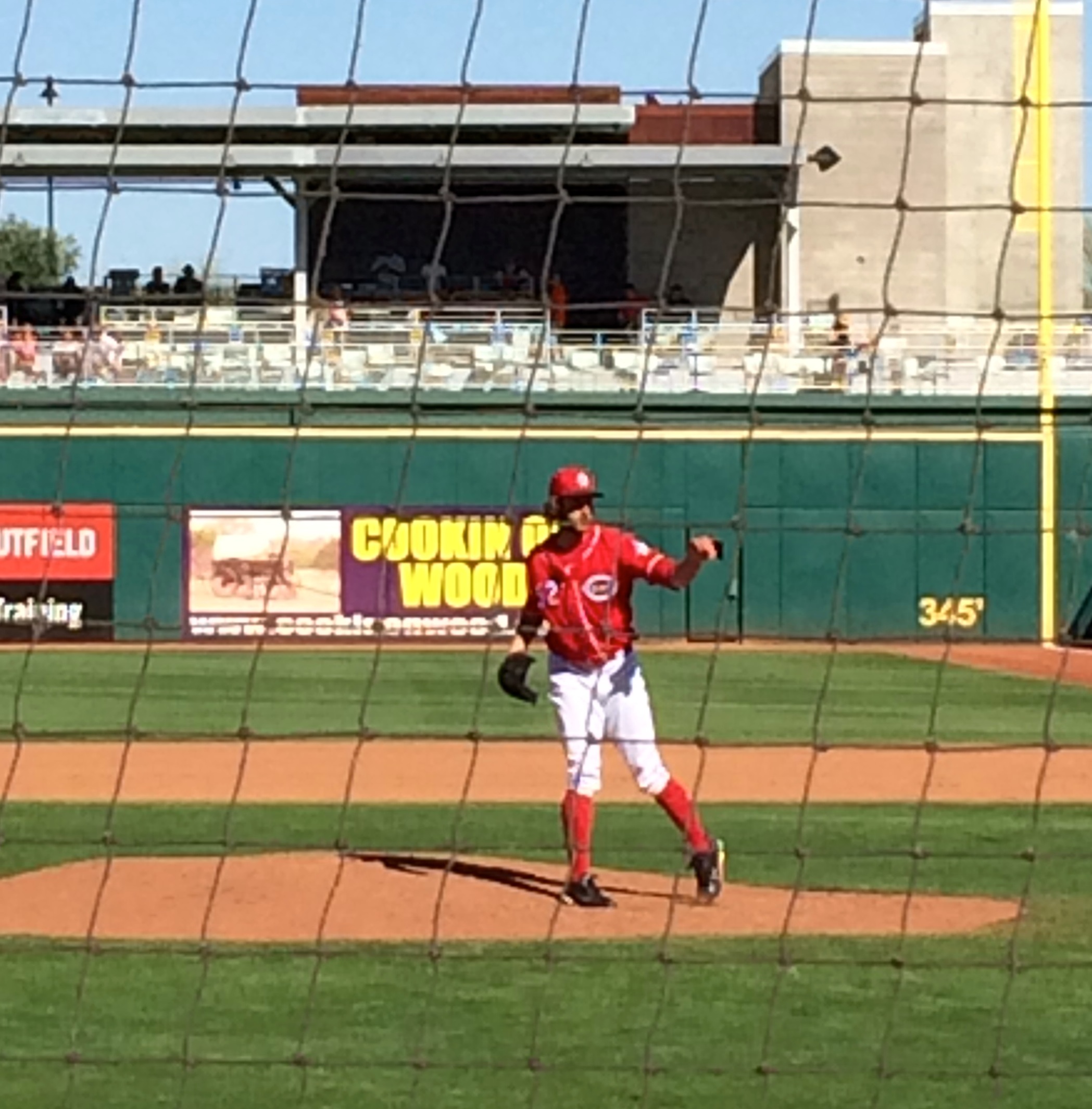 Overall the game was great. There were a lot of positives and IÃ¢â‚¬â„¢m extremely excited about the year ahead. I would suggest a spring training game to any Reds fan. The Goodyear Ballpark is really nice and really made for an enjoyable Saturday afternoon.

This was one of the main reasons I wanted to go to the game today. I also didnÃ¢â‚¬â„¢t know to expect in regards to FanFest. I would say it definitely exceeded my expectations. I was disappointed that I was unable to get Joey Votto, Jay Bruce, Eugenio Suarez, or Homer BaileyÃ¢â‚¬â„¢s autograph. Homer was at the ballpark today too.

IÃ¢â‚¬â„¢m big in to collecting autographs. IÃ¢â‚¬â„¢ve been to multiple Reds Caravans, but hadnÃ¢â‚¬â„¢t been to a Reds Fest or Reds FanFest. You had to leave the stadium and then come back in. The tickets for the FanFest were $25 and it was a Reds/Indians event. The line to get in wasnÃ¢â‚¬â„¢t long and the lines for autographs werenÃ¢â‚¬â„¢t long either. They also allowed you to run the bases. I ran them in 18 seconds. You could also throw a few pitches in the bullpen and they had other things set up on the field. The lines for autographs were comparable to the ones at the Reds Caravan, probably even faster. The autographs I got were:

There were other Cleveland players there that I couldÃ¢â‚¬â„¢ve got, but I didnÃ¢â‚¬â„¢t know who they were.

I would suggest the FanFest to any Reds fan as well. It was definitely worth the $25. The activities on the field were just as much as fun as getting the autographs. 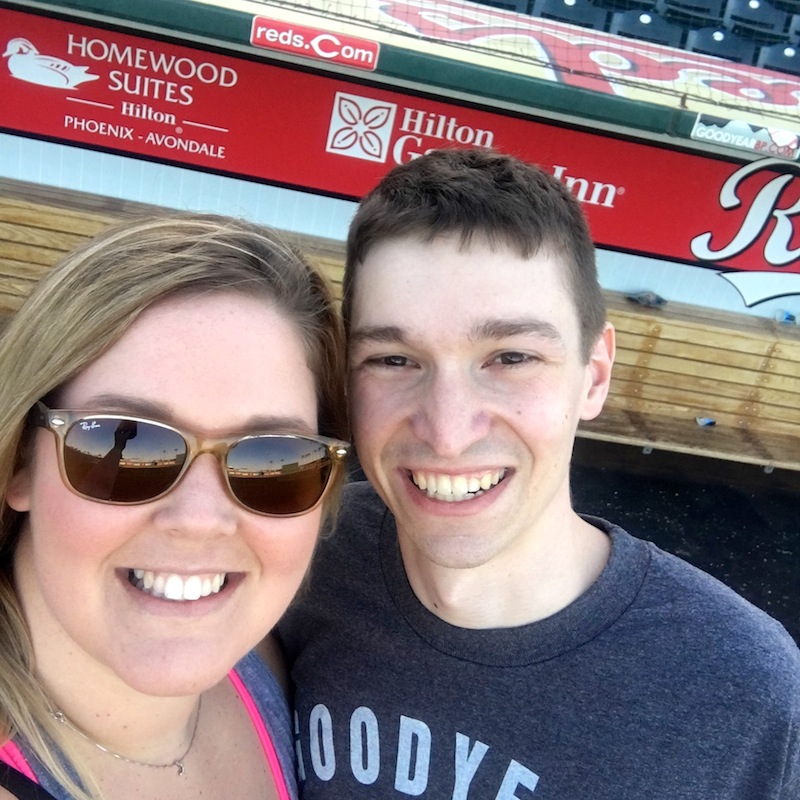