The Reds play the Arizona Diamondbacks today in Goodyear at 4:05 p.m. ET. You can hear it on WLW-700 radio. Here’s the lineup:

Today marks the first game that pitchers are batting.

This lineup looks like the closest to the Opening Day order that we’ve seen so far. Manager Bryan Price hinted as much yesterday.

Brandon Phillips is an odd choice to bat fourth, a lineup spot where power is considered important. Phillips had the lowest power number of his career last year, the second lowest among regulars in the Reds lineup. Only Billy Hamilton hit with less power. Out of 141 hitters with enough plate appearances to qualify for the batting title last year, Phillips ranked #125 in power.Ã‚Â Recall last year that Price had decided to bat Brandon Phillips seventh to start the season. If he’s batting fourth because of … mumble, mumble … RBI … mumble, then that’s cause for discouragement. 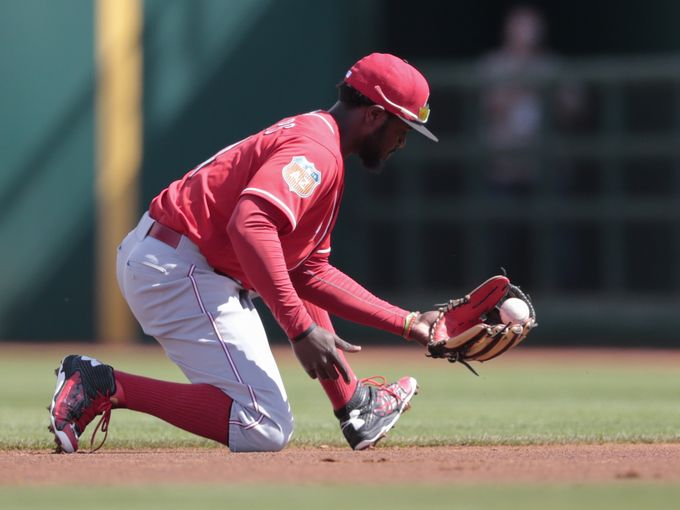 No one asked me, but: Suarez, Votto, Bruce, Mesoraco, Duvall/Schebler, Phillips, Cozart, Pitcher, Hamilton. Flip Bruce and Mesoraco against LHP. Get more plate appearances for the better hitters.

Ã¢â‚¬Â¢ Mark Sheldon reports on Tony CingraniÃ‚Â and his growing comfort with a bullpen role.

“Back end of the bullpen sounds good to me,” Cingrani said. “The back end is basically [innings] seven through nine are similar. Obviously the ninth is the coveted role of the bullpen. But really just the seventh, eighth or ninth are good enough.”Ã‚Â Part of the reason Cingrani seems to be performing well is a change in mechanics. The change he made is likely not that noticeable to an untrained eye. But to someone who has endured shoulder injuries the past couple of seasons, the tweak could be a difference maker.Ã‚Â “The mechanics are allowing my arm to work more freely with my body. It’s taking a lot of stress off my arm,” Cingrani said. “I’m not pulling off with the front side. I basically have my arm attached to my body as it flows through instead of having my arm behind my body.”

Ã¢â‚¬Â¢ Bryan Price elaborates on the pros and cons of a platoon split in left field. C. Trent Rosecrans talks to Price and Adam Duvall about it.

“I think itÃ¢â‚¬â„¢s a way to get two young players to play regularly enough to keep their swings comfortable,Ã¢â‚¬Â Price said of left field. Ã¢â‚¬Å“ItÃ¢â‚¬â„¢s like anything if you get somebody who simply out-performs and warrants an everyday status on the club, but weÃ¢â‚¬â„¢ve got two relative unknowns at the big league level. I just wouldnÃ¢â‚¬â„¢t feel nearly as comfortable having a young guy getting three or four at-bats a week and thinking heÃ¢â‚¬â„¢s going to develop and produce. If weÃ¢â‚¬â„¢re going to do that with two young yet-to-be-established players, theyÃ¢â‚¬â„¢re going to have split time.Ã¢â‚¬Â 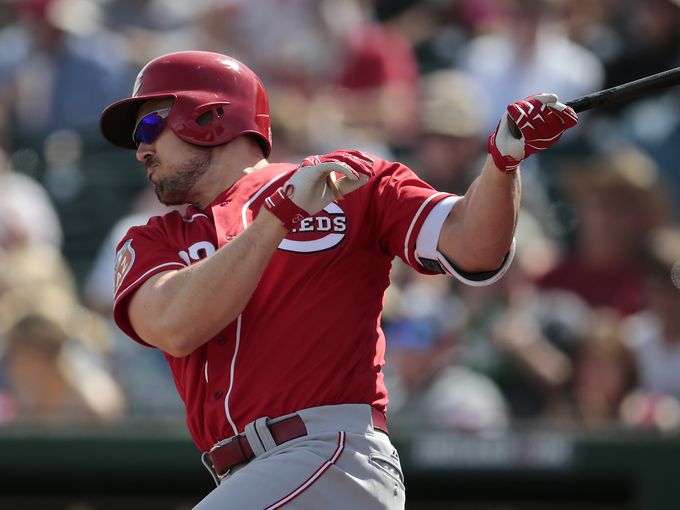 From Esteban (Steve) BellÃƒÂ¡n, who in 1871 became the first Latin-born player to compete in a top professional baseball league, to Hall of Famer Tony Perez to “Mr. White Sox” Minnie Minoso, Cuban-born players have been big-league pioneers since the game’s earliest days. 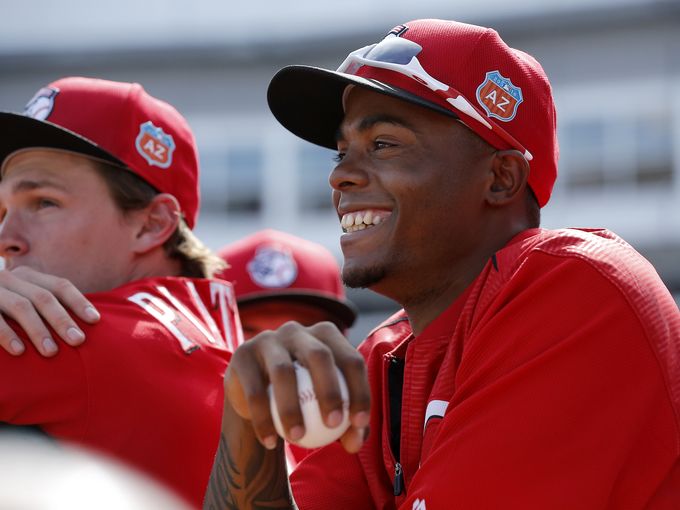 Ã¢â‚¬Â¢ With the controversy swirling about Adam LaRoche leaving the White Sox because the club told him his 14-year-old son was no longer welcome in the locker room, Hal McCoy (Dayton Daily News), as only he can, offers theÃ‚Â historical perspective as it relates to the Reds:

Back in the days of The Big Red Machine, sons of players were a constant in the clubhouse Ã‚Â­Ã¢â‚¬â€ Pete Rose Jr., Ken Griffey Jr, Pedro Borbon Jr., Eduardo and Victor Perez, Ed Sprague Jr.

And when the Reds were in Philadelphia and Bob Boone was the Phillies catcher, Bret and Aaron Boone were always in the clubhouse. When Dusty Baker managed the Reds, his young son, Darren, was often a clubhouse inhabitant and wore his own uniform.